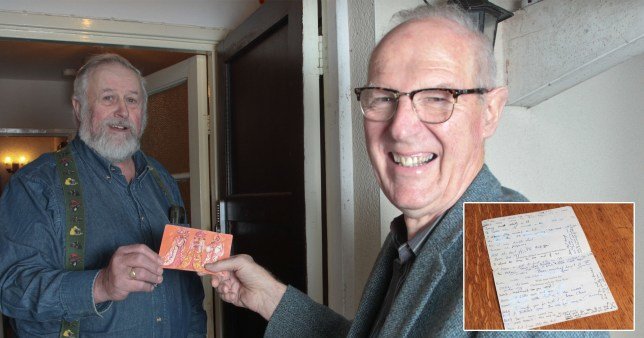 It was returned a year later with the message ‘sorry I’m a bit late’, kick-starting a tradition which has now lasted a half century.

The pair, who met in the early 1960s at a Young Farmers Club, have taken it in turns to share custody of the card for the year and then send it back with a quick update on their lives when Christmas comes around again.

Alan, a retired agricultural contractor, said receiving the card from his old friend always brings a smile to his face.

Speaking from his home near Kidderminster, Worcestershire, the pensioner said: ‘It’s a tradition. It keeps going back and forth.

‘We’ve got to the stage in the last ten years where we deliver it by hand because we don’t want it to get damaged in the post.

‘People think we’re tight or doing it to save money but it’s all in good humour. 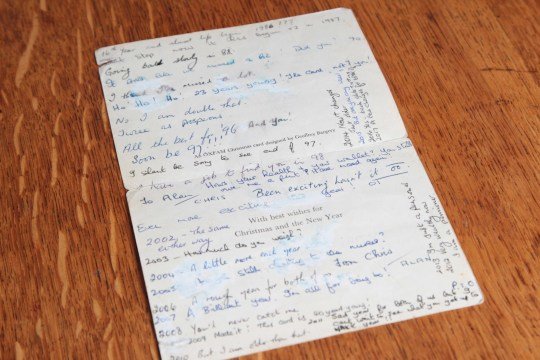 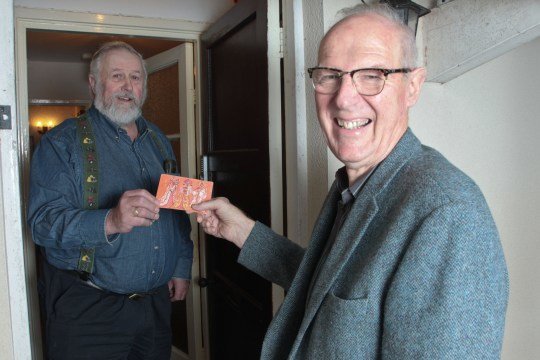 ‘I remember the first time I sent it back to Christopher, I wrote a message saying “sorry I’m a bit late”. It started as a joke really but we value it more than ever now.’

While the pair insist they aren’t Scrooges, they reckon they’ve saved thousands over the years by sending the same card. They’ve not missed a year yet.

After four decades of sending it by post, Alan and Christopher didn’t want to risk damaging their keepsake so have spent the last ten years delivering it to each other by hand.

As they enter their 51st year of sending each other the card, Christopher decided to place it in a special wooden frame to protect it from the elements.

The grandfather-of-three, now retired after working in the timber trade, said: ‘Friendship is important, especially in these difficult times. It is difficult keeping in touch these days so this is nice. 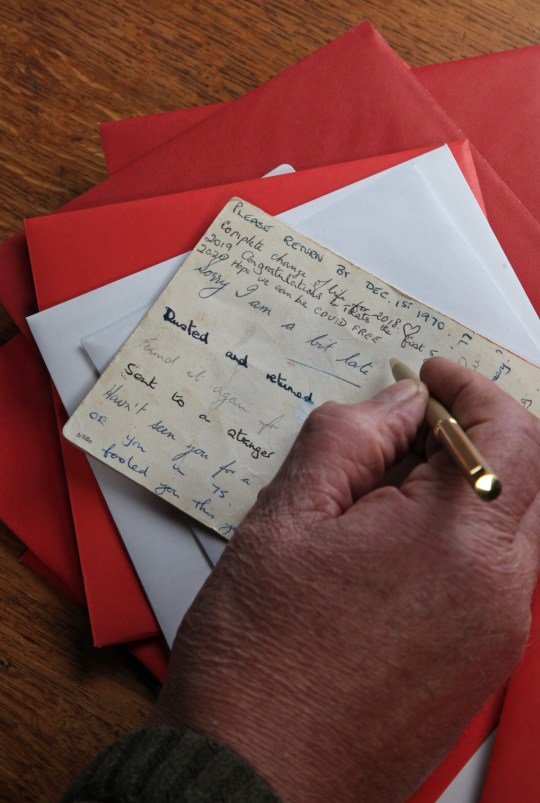 Alan writes his message to Christopher this year and writes; ‘2020 – Hope we can be COVID free’

‘We don’t know whether it’s a great idea or if we’re being cheapskates.

‘People always say how brilliant an idea it is. There’s so much bad news in the world it’s nice to mark our friendship in this sort of way each year.

‘We’ve known each other for 60 years and the card means something to us and seals what’s happened in the year, it documents what’s been or good bad.

‘I’d love it if someone out there wanted to do the same sort of thing.’