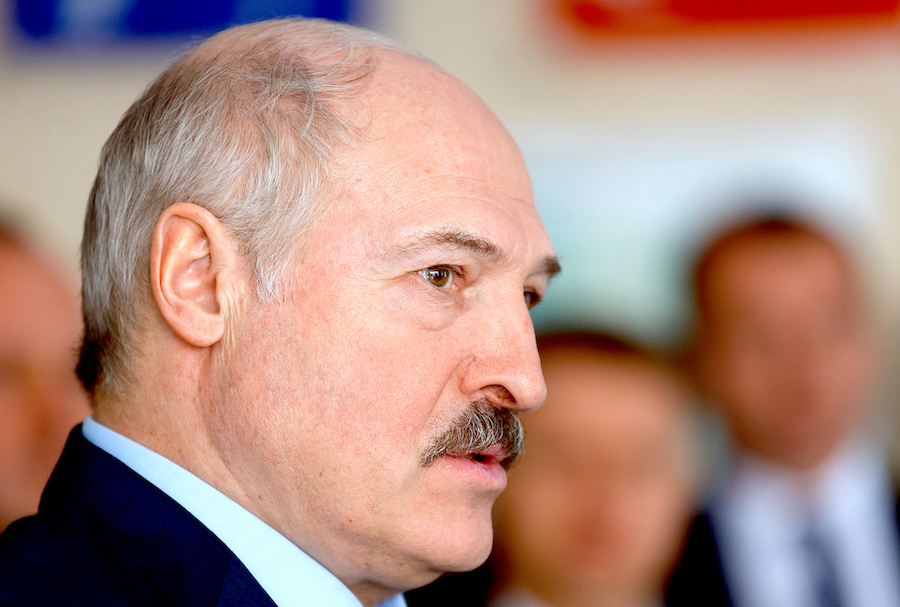 Belarusian Tycoons Slipped into the EU via Lithuanian Investments

2 Giedraiciu Street might be one of the dirtiest buildings in Vilnius.

It’s one of the few Soviet-era apartment blocks that remain in the heart of Lithuania’s capital, but its walls are decaying and it stinks of trash and urine. Homeless people appear to sleep inside, but there’s no other evidence of habitation.

Despite this decrepitude, 2 Giedraiciu is a hub for local businesses — at least on paper. Flat 7 of the building was used to register more than 50 companies between 2007 and 2016.

Even more strangely, one of these belonged to one of the richest men in Belarus: Alexei Aleksin. His company at Flat 7, Lexie Ventures, was registered as a business consultancy, but its most notable activity was buying another Vilnius apartment, where two other firms were registered — also with no discernable business activity and no staff.

They did, however, have active bank accounts. In less than two years, 46 million euros of unknown origin flowed through them. The large transactions, executed by two mysterious companies registered in Aleksin’s apartment, may be evidence of his wealth, his connections, and his ability to reach across European borders.

Aleksin’s activities in Lithuania, though not fully understood, are important because he is a new breed of Belarusian businessmen: relatively young, global in outlook — and perhaps most importantly, not subject to EU sanctions.

Aleksin and a business partner, Alexander Zaytsev, both burst onto the Belarusian business scene after a generation of older oligarchs were sanctioned in 2012.

The sanctions were meant to punish the country’s long-time dictator, Alexander Lukashenko, for his bloody crackdown on protesters and journalists in the aftermath of contested elections in 2010. Lukashenko, his family, and his close associates were banned from doing business in the bloc. This made it more difficult for tycoons close to the regime to move money in and out of Belarus.

The same year, both Zaytsev and Aleksin, then relatively unknown, made their first moves into Lithuania, an EU country that shares a border with Belarus and is a frequent destination for Belarusian capital.

Since 2012, both men have managed to obtain Lithuanian residency permits and opened companies there. (The permits have since been cancelled, for reasons the Lithuanian Migration Department refused to explain.) But the nature of their activities — in Aleksin’s case, exemplified by his company’s registration in a ruin the heart of Vilnius — raises serious questions about what they are doing in the EU.

Over the same period, Zaytsev and Aleksin have both received generous economic preferences from the Lukashenko regime, and shot from obscurity to the limelight in their home country.

Aleksin was listed by a local daily newspaper as the fourth most-influential businessman in Belarus in 2019, with interests in everything from energy and logistics to hotels and food. When he decided to launch his own cigarette factory, Lukashenko personally redrew the borders of the Belarusian capital to ensure it would be located outside the city, and therefore less encumbered by building regulations. Aleksin also holds a near-monopoly on the local wholesale tobacco market, including the right to buy products from the country’s biggest state-owned cigarette factory.

Zaytsev, for his part, sells state-manufactured Belarusian tractors and super-haul mining trucks around the world. One of his companies was granted special gold mining rights in Sudan after Lukashenko personally brokered a major deal with the country’s then-dictator Omar al-Bashir in 2018.

“These people, who are now in the top ten of the most influential and successful businessmen, if we look at 2013 I think they were not even in the top 100,” said Vytis Jurkonis, a Lithuanian political scientist who studies Belarus.

Both Aleskin and Zaytsev are reported to be close to Viktor Lukashenko, the dictator’s elder son. Zaytsev was once his aide, according to a former official in the Belarusian presidential administration who asked not to be named for security reasons.

“For quite a long time, Alexander Zaytsev was working in the state apparatus. One of his last positions in the public sector was as an aide to Viktor Alexandrovich Lukashenko,” the former official said.

Jurkonis suspects the two replaced the regime’s sanctioned moneymen who were no longer able to do business in Europe.

“How does one shoot like a comet to the top 10 of the richest and most influential people?” Jurkonis asked. “Well, some answers are self-evident.”

A representative of Zaytsev declined to comment on his relationship with the Lukashenko regime or his Lithuanian business. Aleksin did not respond to requests for comment.

The investments Aleksin and Zaytsev made in Lithuania were structured in a similar fashion, perhaps because the two oligarchs used the same company to help them do it: a prominent local wealth management firm called Lewben.

The two companies that moved $46 million into Lithuania, named Paralama and Corami, were registered on the same day in 2013 at the Vilnius flat purchased by Lexie Ventures, Aleksin’s consulting firm “based” in the ruined building.

Both had the same unusual ownership structure, which appears to have been set up by Lewben. They shared one co-owner: a firm based in Cyprus that is owned by Lewben.

Both companies also had another co-owner, each with a matching name: Stichting Paralama and Stichting Corami. These were both private foundations registered in the Netherlands and managed by Lewben. (Dutch foundations do not have shareholders but only managers, and can be used to hide ownership and redirect profits to avoid paying taxes.) And both are connected back to Aleksin by the fact that they issued powers of attorney to his current business partner, longtime Lewben affiliate Marius Girzadas.

On paper, Paralama was a wholesaler of car parts. It had no employees, but business appeared to boom. In 2014 and the first nine months of 2015, it reported sales worth 42.3 million euros. Then it was quickly liquidated.

Corami, which also claimed to trade car parts, moved 4 million euros through its bank accounts before being liquidated in 2015, on the same day as Paralama.

Together, these unstaffed companies moved more than 46 million euros through their Lithuanian accounts in under two years, though financial records give no hint of where the money came from or where it went.

“If several companies are registered under the same address, not to mention businesses registered in dilapidated premises; if they have no websites; if they’re controlled by offshore entities; if they have no employees and reach large sales — these are bright red flags that should attract the attention of AML [anti-money laundering] officers,” Muravjovas told OCCRP.

Far less money was involved in Zaytsev’s Lithuanian venture, but it opened at around the same time.

In 2012, he registered a Lithuanian company called Sohra, the same name he would later use for his Belarusian group of companies.