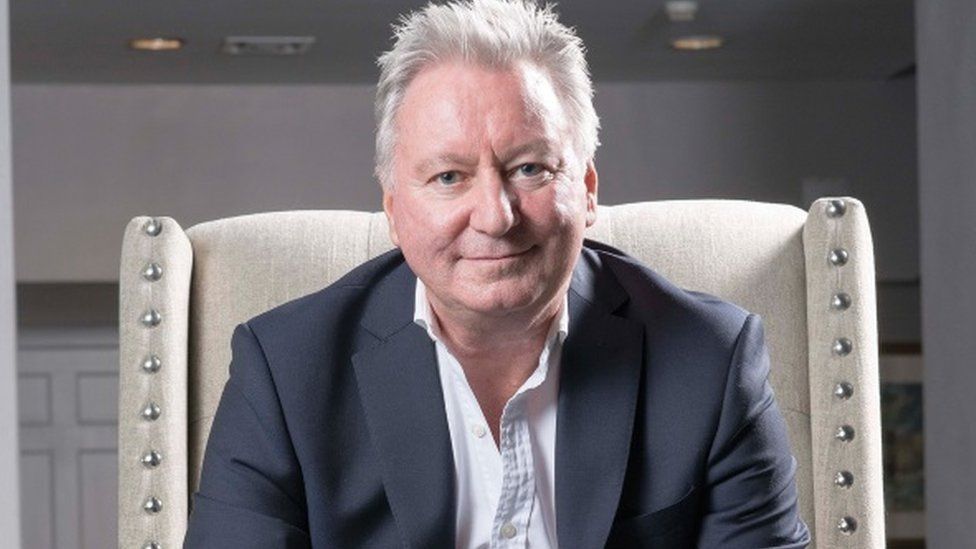 The Scots founder of one of the UK's biggest public relations companies has been forced to stand down after a "tone deaf" social media post.

Gordon Beattie, chairman of Beattie Communications, published a LinkedIn post saying his firm would not hire "blacks, gays or Catholics".

He added that he only hired "talented people" and did not care about colour, sexual orientation or religion.

Mr Beattie said he was "truly sorry" for his "inappropriate" language.

Beattie Communications said in a statement that Mr Beattie was "standing down as a consequence of a tone deaf social media post".

A former journalist, Mr Beattie founded his public relations and corporate communications company in Motherwell 40 years ago, before expanding it across the UK. 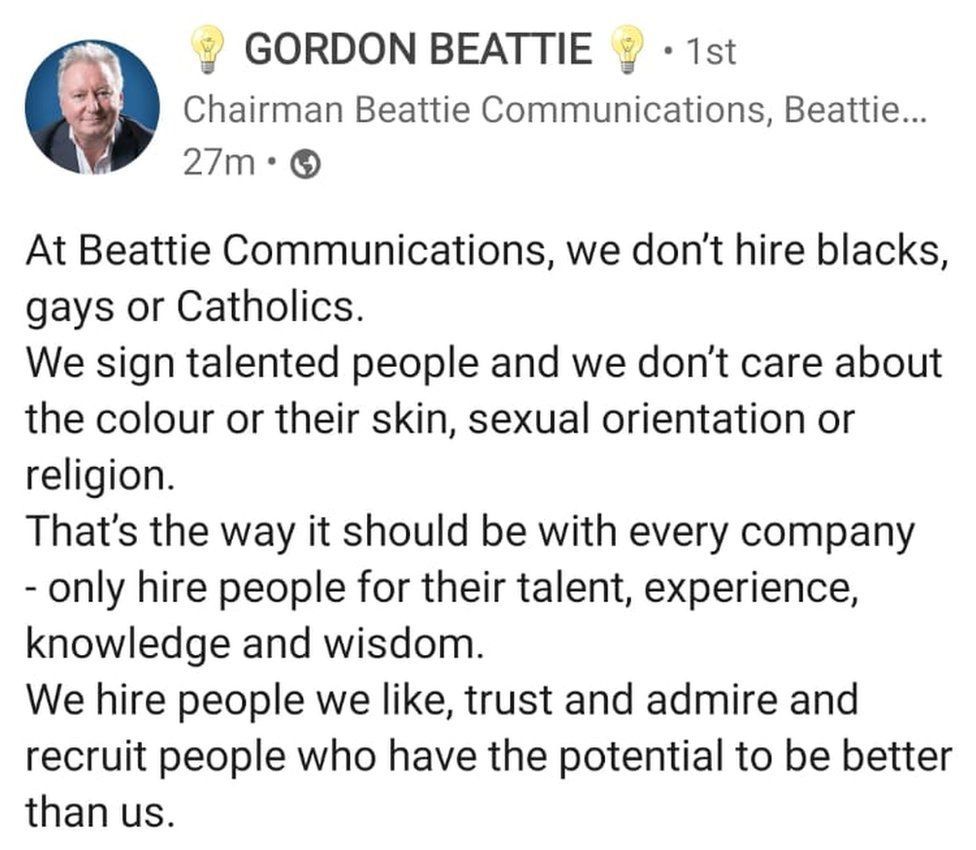 He said the post had been issued with the "best of intent" but did not take account the "complexities of creating a level playing field".

"The language I used was inappropriate. I am truly sorry for the embarrassment I have caused the wonderful team across the business and our clients, and for the offence it has clearly caused," he said.

"I have always hired people based on their potential, talent and ability, and done my best to equip them with the skills to succeed.

"It's a wrench to step down as chair but I feel I have no alternative. The time is right to go."

The LinkedIn post, which was uploaded on Friday, provoked an angry reaction from anti-racism campaigners and was also strongly criticised by others in the communications industry.

The chief executive officer of Beattie Communications, Laurna Woods, said Mr Beattie and the entire team had been devastated by the consequences of the LinkedIn post.

"There can be no excuses for the language he used or provocation exercised and he acknowledges that his actions, however well intentioned, were not only reckless, but out of touch," she said.

"I'm personally saddened that he has chosen to resign as I have worked closely with him for 25 years and I can testify that he does not have a prejudiced bone in his body.

"But he was determined to draw a line in the sand so that the agency can look to the future."