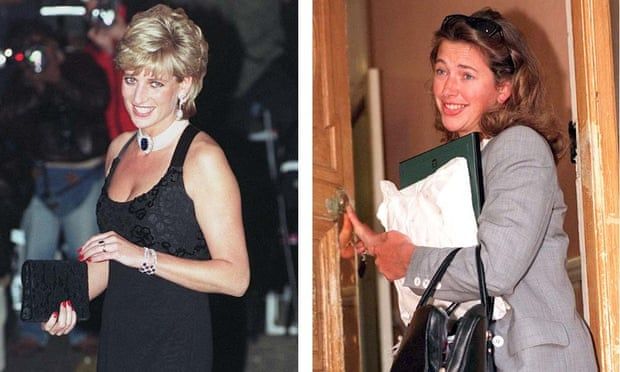 As well as the allegation of the affair, the court was told Legge-Bourke was falsely accused of becoming pregnant with Charles’s baby and having an abortion.

Prince said Legge-Bourke, now known as Alexandra Pettifer, had not known the source of the allegations over the past 25 years but that it was now likely the “false and malicious allegations arose as a result and in the context of BBC Panorama’s efforts to procure an exclusive interview with Diana, Princess of Wales”.

Bashir is alleged to have spread the fake accusations in his successful attempt to win Diana’s trust and convince her to sit down for the Panorama interview. In an effort to get access to the princess, the journalist also created fake bank statements and suggested people close to Diana were selling stories to newspapers.

Originally hailed as one of the all-time great journalistic scoops – with Diana sharing the details of her failed relationship with Prince Charles in front of tens of millions of people – the Panorama interview is now considered so toxic that the BBC director general, Tim Davie, has pledged never to show it again.

Davie on Thursday apologised again to the royal family for the “deceitful tactics” used by the BBC in pursuit of its interview and “for the way in which Princess Diana was deceived and the subsequent impact on all their lives”.

He said it was a matter of regret that the BBC did not properly pursue accusations about the interview when they were first made in the 1990s.

“Had we done our job properly Princess Diana would have known the truth during her lifetime. We let her, the royal family and our audiences down.

“Now we know about the shocking way that the interview was obtained I have decided that the BBC will never show the programme again; nor will we license it in whole or part to other broadcasters.

“It does, of course, remain part of the historical record and there may be occasions in the future when it will be justified for the BBC to use short extracts for journalistic purposes, but these will be few and far between and will need to be agreed at executive committee level and set in the full context of what we now know about the way the interview was obtained. I would urge others to exercise similar restraint.”

The settlement with Pettifer was announced at the high court on Thursday. She became a public figure during the 1990s while looking after the Duke of Cambridge and Duke of Sussex as children during the period that their parents were divorcing.

In a statement, Pettifer said: “I am disappointed that it needed legal action for the BBC to recognise the serious harm I have been subjected to. Sadly, I am one of many people whose lives have been scarred by the deceitful way in which the BBC Panorama was made and the BBC’s subsequent failure to properly investigate the making of the programme.

“The distress caused to the royal family is a source of great upset to me. I know first-hand how much they were affected at the time, and how the programme and the false narrative it created have haunted the family in the years since. Especially because, still today, so much about the making of the programme is yet to be adequately explained.”

Her settlement is the latest in a series of payouts relating to the interview, which have collectively cost the BBC millions of pounds in compensation and legal fees.

Matt Wiessler, a graphic designer who was blacklisted from the industry after creating false bank statements on Bashir’s orders, was awarded hundreds of thousands of pounds. Diana’s former private secretary Patrick Jephson received a substantial sum that he has donated to charity, while the BBC has also made a donation to charity by way of apology to the royal family. Negotiations with one other individual affected by the interview are believed to be ongoing.

Bashir used his interview with Diana to become a global star, later interviewing the likes of Michael Jackson and then working in the US, where he was a fixture on television news networks. Lingering questions over his journalistic ethics were ignored when he returned to the BBC as a religious affairs correspondent in 2016.

However, the 25th anniversary of the Panorama interview in 2020 prompted a reappraisal of the programme, with Diana’s brother, Earl Spencer, pushing for a full investigation into how it was obtained. Journalists used freedom of information requests to obtain internal BBC documents that showed the corporation knew of claims about Bashir’s wrongdoing shortly after broadcast.

Bashir quit the BBC in 2021, citing poor health, before the publication of a damning independent report by Lord Dyson.
Add Comment