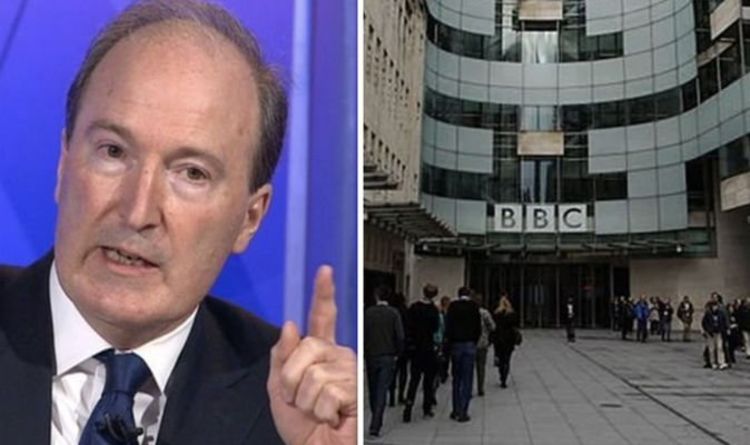 THE BBC licence fee has come under attack from former Daily Telegraph Editor Charles Moore who told Radio 4's Today Show that by “bearing equally heavily on everybody” the fee “victimises poor people”.
Former editor of the Daily Telegraph, Charles Moore revealed why he believed the BBC’s funding model is outdated. The Margaret Thatcher biographer was guest editing Radio 4’s Today Show and included a debate over the broadcaster’s controversial licence fee. A recent poll suggested support for the licence fee is waining amongst the public.

A survey of 1000 people taken just before Christmas was conducted by the opinion research company, Public First.

74 percent of people agreed that the BBC licence fee should be abolished, and it was highest amongst the youngest of the group.

Mr Moore told the Today show: “The case against the licence fee is that it’s a poll tax, bearing equally heavily on everybody which means it victimises poor people.

“It’s a sort of nationalisation of culture, and this has become an acute problem in modern times for two reasons.”

He continued: “One is that the BBC has become, and this was very much exposed by Brexit and the election, a metropolitan voice that, rather than serving the whole country, speaks to a minority of it and doesn’t understand what the majority is worried about.

“The other is technological change so that while it might seem to be a good idea when the BBC began nearly a hundred years ago to construct something like this, it is absolutely not like that now.

“So the idea that you have to make everyone who wants to watch any terrestrial television or whatever pay for the BBC seems positively iniquitous.

“The BBC has a position of indefensible privilege.”

At the moment, failure to pay the BBC television licence is a criminal offence which results in a penalty of up to £1000, and can even land dodgers in jail.

The BBC has come under fire many times, especially in recent years, for perceived bias against various political parties.

As a public service broadcaster, the BBC has said it is “committed to achieving due impartiality in all output”.

Ministers have agreed the licence fee will stay in place until at least 2027, when the BBC's Royal Charter ends.

Licence fee income was worth £3.6bn to the BBC in 2018-9. This accounts for approximately 75 percent of the broadcaster's revenues and funding TV, radio and online content.

The Government and the BBC are currently involved in a dispute over the funding of free TV licences for the over-75s.

A BBC spokesperson said: “As we’ve said before, the licence fee ensures a universal BBC which serves everyone, is the most popular funding system among the public and is agreed as the method of funding the BBC for another 8 years.”
Add Comment