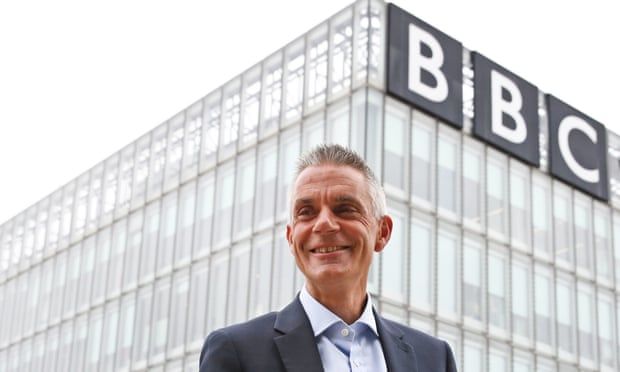 Announcement for five-year deal with government could come next week, with funding freeze anticipated
The BBC is braced for further budget cuts, with the government’s latest five-year licence fee deal all but agreed amid speculation it could be announced as early as next week.

The BBC director general, Tim Davie, told the Royal Television Society conference in Cambridge on Thursday there was a “strong case for investment in the BBC” and it was time for a “grownup” discussion with the government about how the corporation benefits the country.

The current expectation is that the corporation’s funding will be either frozen or rise by below inflation at first, before being allowed to increase faster during the middle of the decade. By delaying this increase, the corporation’s funding will never be able to catch up with where it would be if the fee had risen annually with inflation – reducing the BBC’s budget in real terms.

Negotiations have been happening throughout the summer at the same time as ministers have been hammering the corporation for its supposed leftwing bias and on issues such as the Martin Bashir interview scandal. There is also concern among BBC News staff regarding potential government intervention in the hiring process for a new director of news.

It is unclear whether the appointment of the new culture secretary, Nadine Dorries – who has said the licence fee is a “completely outdated concept” and called the BBC a “biased leftwing organisation” – could delay a deal. Her predecessor, Oliver Dowden, had been involved in the negotiations – unlike the last licence fee settlement, which was arranged by the then chancellor, George Osborne, over a weekend in 2015.

Any licence fee deal has to be announced while parliament is sitting, meaning it would either have to be revealed by 23 September or held until the House of Commons returns after party conference season on 18 October.

John Whittingdale, the long-serving culture minister who had been pushing for Channel 4 to be privatised, was also demoted to the backbenches on Thursday, removing a key point of government contact with the BBC and media industry.

The BBC chairman, Richard Sharp, previously told the Cambridge audience the £159 a year licence fee was “remarkable” value at 43p a day for a “national utility that delivers insight, education, children’s [programming], and these other assets at a price point that people can afford”.

“I happen to think it’s a good thing. And then the question is, does the government believe that too?”

He said there would be serious consequences for an underfunded BBC, with competition from other companies pushing up the cost of making programmes by as much as 9% a year. The number of households that pay the licence fee has already entered a small but steady decline.

This could be the last-ever licence fee deal given the BBC’s current royal charter runs out at the end of 2027, at which point its funding model will be reappraised. Other countries are increasingly replacing licence fees on the ownership of a television set with other options including taxes on broadband connections, state funding through general taxation, or by simply abolishing their public broadcasters.
Add Comment