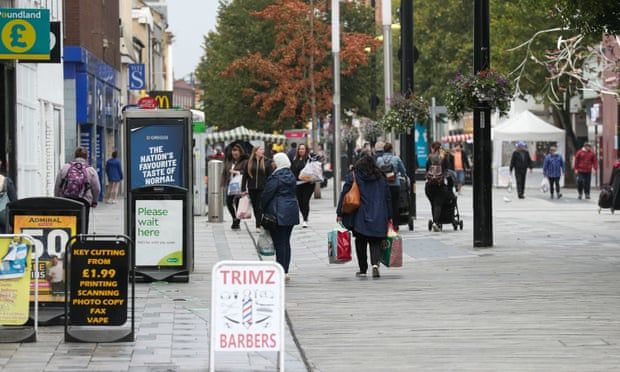 Local authority told to offload thousands of assets including council houses in stark report, a year after declaring bankruptcy
A bankrupt local authority could have to raise council tax by 20% a year and will be forced to sell off thousands of homes and other assets under “unprecedented” plans imposed on it after it ran up catastrophic debts amid overspending running into hundreds of millions of pounds.

The scale of the financial and management chaos at Labour-run Slough council is revealed in a stark report by a team of government commissioners sent in to run the authority after it declared effective bankruptcy a year ago.

It calls on ministers to give special powers to commissioners to effectively rebuild “the basics of local government” in an authority it says lacks top-level leadership, faces a major staffing crisis and struggles to deliver what it calls “extremely fragile” services.

The council has been told to offload hundreds of millions of pounds’ worth of assets to fund its recovery programme, including its stock of about 6,700 council houses, and a number of development sites earmarked for housebuilding.

But the report warns council leaders that even a fire sale of assets – everything the authority owns except roads and parks is said to be “on the table” – may not be sufficient and that it may need financial support from government for up to eight more years.

Although Slough initially reported a £100m “black hole” in its budgets at the time of its Section 114 bankruptcy notification in July 2021, this ballooned to £480m as auditors went through the books. It also owes £680m borrowed in recent years to finance a series of property developments.

Formally responding to the report, local government minister Paul Scully said the “unprecedented” scale of the financial challenge in Slough meant “radical solutions may be required to ensure best value and sustainable service delivery for the residents of Slough”.

The commissioner’s report describes a council reeling from years of disastrous investment decisions and leadership failures and which now struggles to deliver even basic services as it grapples to recruit and retain staff.

“Even in the best of times, managing such a small unitary authority would be very challenging, requiring the highest-quality political and officer leadership and a degree of luck, hoping nothing much would go wrong. Regrettably, this has not been the case over recent years,” the report says.

The report attributes a series of financial failures in recent years to incompetence and deliberate missteps on the part of officers, including overambitious borrowing, the draining of reserves, and misuse of capital receipts. “What is surprising is that no councillor seemed to notice,” the report says.

It reveals senior executives at the council spent £2.8m on consultants with little local government experience to guide a management restructuring that was supposed to deliver £4m of savings. The ill-fated plan, launched at the height of lockdown, instead ran up costs of £1m and left the council shorn of key staff.

The scheme was “totally unfit for purpose and resulted in the speedy destruction of officer capacity and competence with many remaining individuals now in posts they had no experience in and whole teams being made redundant which were essential to delivery of statutory services”, the report says.

The commissioners’ report says many of the posts that were eliminated under the plan are now having to be re-created. There is just one permanent senior director in place at the council, which is highly dependent on agency staff, not least in children’s services, which has been under special measures for eight years.

The former Slough chief executive Josie Wragg was sacked by the commissioners in March for “gross negligence and reckless behaviour.”

James Swindlehurst, the leader of Slough council, said: “The mistakes which brought us to this position are laid out clearly, but what is also clearer as we move forward is what we need to do to help put things right. We have always accepted the seriousness of our situation and the difficult decisions we have to make in the coming years.”
Add Comment