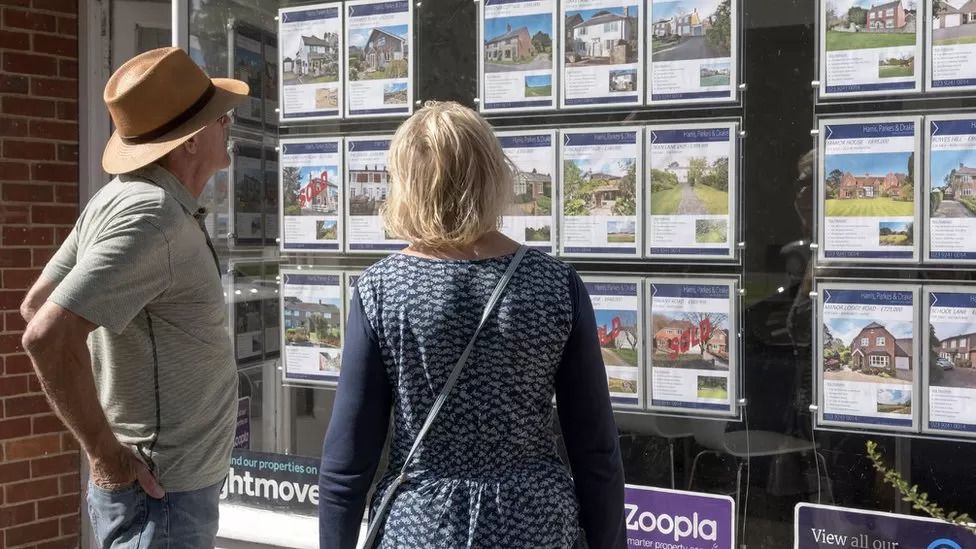 The typical deal now has a rate of 6.02%, the financial information service Moneyfacts says, a level not seen since February 2010.

Mortgage rates have been rising for months, but saw a sharp increase following the mini-budget last month.

The latest rise in rates comes as the heads of major UK lenders met the Chancellor, Kwasi Kwarteng.

Bosses from banks such as Barclays, NatWest and Lloyds Banking Group attended the meeting which was part of a regular series of talks, but the latest developments in the mortgage market were discussed.

Rates have jumped sharply in the past couple of weeks, and hundreds of mortgage deals have been taken off the market.

A Treasury statement following the meeting said that "while it is the responsibility of the sector to provide the best value for mortgage rates", the chancellor confirmed the Treasury would "continue to work closely with the sector" in the weeks and months ahead. 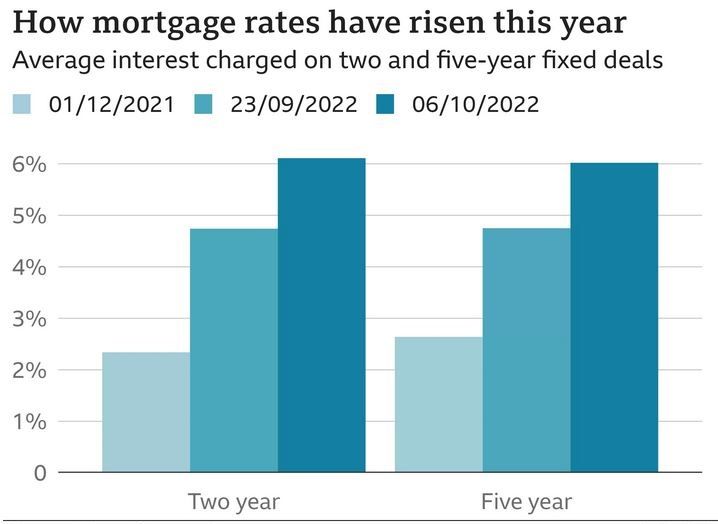 Earlier this week, the rate on a typical two-year fixed rate mortgage breached 6% for the first time in 14 years, and by Thursday had hit 6.11%, according to Moneyfacts.

First-time buyers and those looking to re-mortgage are affected. An average of at least 100,000 people a month are coming to the end of their current mortgage, and face a significant rise in their monthly repayments.

Research from housing market website BuiltPlace suggests that rates of 6% mean that repayments on an average new mortgage will account for more than a quarter of household income. That is the highest burden on households since the recession of the early 1990s.

Uncertainty over future interest rates after the mini-budget led lenders to pull more than a thousand deals from the market.

They are slowly starting to return - there were 3,961 products a fortnight ago, now there are 2,430 - but have become more expensive on average.

Earlier this week, the UK's biggest mortgage lender, the Halifax, which is part of Lloyds Banking Group, raised its rates on a range of deals for new borrowers to well over 5%.

Mortgage brokers say lenders are "playing safe" with rates amid current economic uncertainty, but costs could eventually start to dip.