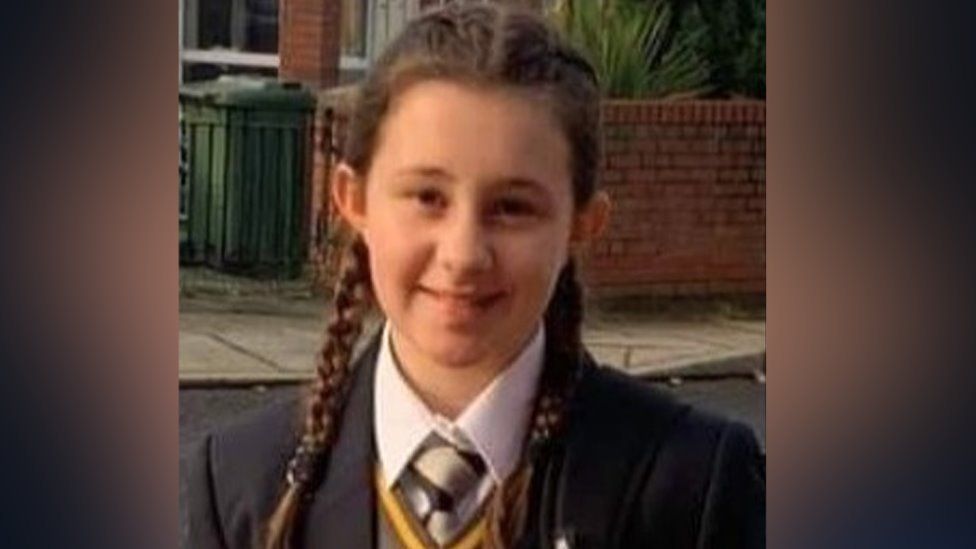 Footage of the moment Ava White was stabbed and her alleged killer fleeing the scene has been played to a jury.

The 12-year-old died after she was stabbed in Liverpool city centre while out with friends on 25 November 2021.

Liverpool Crown Court was shown footage of "altercations" which led up to the stabbing in School Lane after she objected to being filmed.

A 14-year-old boy has pleaded guilty to having an offensive weapon but denies murder.

The court heard a video had been posted on social media site Snapchat by the defendant, showing Ava sitting on the ground, surrounded by friends, in Richmond Street.

Footage, played to the court, showed Ava and her friends approaching the defendant, who was with three other boys.

Police investigator Callum Suggit said: "There are some altercations between Ava and other members of the group and the group travel down Tarleton Street."

CCTV showed Ava running after the defendant and his friends, across Church Street and into Church Alley, before turning in to School Lane. 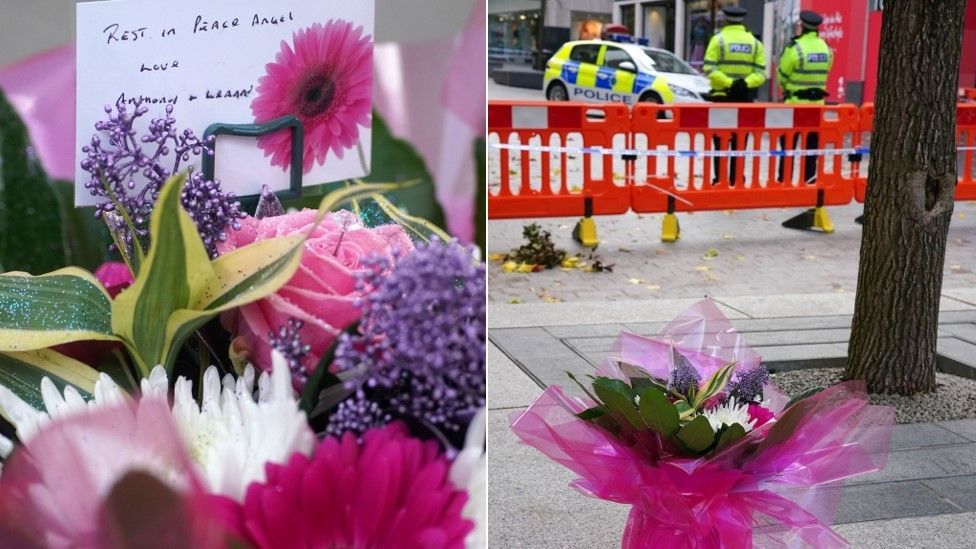 Floral tributes were left near the scene of Ava's stabbing

Footage captured from cameras at the back of the city's Primark store at 20:35 GMT showed Ava pushing the defendant and him backing away, before raising his hand in front of him, showing a "reflective object".

The video then showed him running away from the scene and Ava holding her hands to her neck.

Charlotte Newell, QC, prosecuting, said: "It's apparent, in that second or two, that is when Ava has received her injury?"

Family members cried in the public gallery as the video was played twice at normal speed and twice in slow motion.

The defendant, who appeared in court via video-link, was then captured on a number of cameras as he ran away, through the city centre, with a friend.

The court was shown a picture of the knife allegedly used to stab Ava, which was later found discarded, and of the coat worn by the defendant, which was discovered in a wheelie bin.

The defendant denies murder and an alternative charge of manslaughter.