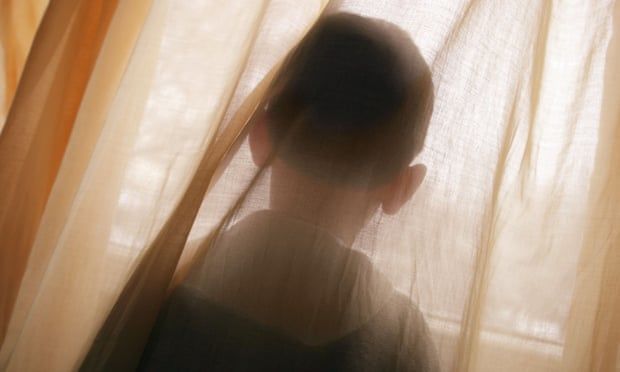 My panel oversees reviews into detention cases of autistic people. I see how the system fails those it should help, says Sheila Hollins, emeritus professor of psychiatry of learning disability
Not many people have to worry that their children will be forcibly removed or locked away from society. Yet this is something I do worry about. My autistic son, who also has a learning disability, experiences the world differently. I am often in awe of his perspective, and he has inspired my more than 40 years of professional and voluntary effort advocating for better understanding, care and support.

When people like my son go into crisis there is a high chance they won’t be supported at home – not because they can’t be helped to live full, valuable and meaningful lives in their communities, but because our “system” doesn’t allow for it. Instead, they may be removed and taken, sometimes miles away, to an unfamiliar inpatient setting designed to treat mental illness, even though many are not mentally ill and do not need to be in hospital.

There are currently more than 2,000 people with learning disabilities and autistic children and adults in such settings in England and Wales. These often noisy and sensory-driven environments exacerbate the more troubling features of autism, instead of providing the routine, structure and predictability that autistic people need. It is little wonder that autistic people struggle to regulate themselves and fail to thrive in these places. Many get stuck, with the average length of stay for current inpatients being five and a half years, albeit skewed upwards by some long forensic detentions (those subject to legal or court proceedings).

This week we have seen shocking accounts of one man’s 20-year detention in such a setting, traumatised by a system that has failed him. Tony Hickmott’s brave, and now elderly, parents persuaded the judge in a court of protection hearing that his article 8 right to respect for family life had been breached – and that it was in the public interest for him to be named. They talked on national news about their 100-mile journey every week to see him. His father described having to break his journey on the way home to manage his own tearful distress. His mother said they don’t smile any more. The promise of his release by next spring offers some hope for Tony, who has spent nearly half of his life in hospital, but there have been promises before and it’s years too late.

Ryan, whose similar story featured in national news last year, recently moved back home to live near his parents. Neither Tony nor Ryan have forensic histories, but they are victims of inadequate planning and a lack of safe and adequate care and support in the community. Ryan’s mother wrote to me this week : “Ryan is doing really well in his new home, and the staff can’t believe how chatty he is, as in hospital he didn’t converse much. When he goes for a drive, my son looks forward to coming back home, and my husband heard him mutter, ‘Home sweet home.’ Each day when he wakes, he goes to the living room window, looks out and smiles, knowing that at last he’s free.”

The sad truth is families are not routinely involved in the way that is the norm for patients with physical health conditions. Instead, distressed families are seen as somehow part of the problem. The families of Tony and Ryan describe being ignored and marginalised.

It’s two years since Matt Hancock, the then secretary of state for health, appointed me to advise and oversee a DHSC-managed programme of independently chaired case reviews for 77 people detained in long-term segregation. The cases examined comprised people with learning disabilities and autistic people. I work with an oversight panel of experts, including experts by experience. For legal reasons we do not know the identity of the people being reviewed.

The reviews were intended to uncover the blocks in the way of getting people discharged more accurately. The reviews started just before the pandemic began and many had to take place virtually. Despite making urgent and achievable recommendations, there has been insufficient action to get people discharged even in cases where alleged rights violations have been reported. The numbers of people in long-term segregation have increased rather than gone down.

The independent reviews are continuing, and some people have been offered a senior “intervenor” as part of a pilot to speed up commissioners’ responses. Other recommendations include that when someone is admitted a clinical contract must be agreed in advance, and those responsible for that admission should be accountable for checking the clinical pathway is effective, timely and brought to a satisfactory conclusion. Autistic people and people with learning disabilities who do have a mental illness need a specialist environment with people who understand their sensory and communication needs and also have proven expertise in their health condition.

It doesn’t take much imagination to compare expectations for people with mental illness with those for people needing cancer treatment or a hip replacement. Both need to be assessed and treated by a competent clinical team.

I began this work by holding a good practice workshop to gather success stories to inspire commissioners, clinicians and families about just how much could be achieved for someone whose needs have previously not been recognised and met. One of the outcomes was a freely available booklet called Helping People Thrive.

Shockingly, many of those responsible for implementing aspirational government policies and for making decisions about people’s care seem to have very low aspirations themselves. There is some good practice but too often the hopes and needs of autistic people and people with learning disabilities are misunderstood or considered marginal, and once out of sight in a psychiatric hospital they are literally out of mind.

A radical system change may be the only thing that will make the lasting difference needed to see all autistic people and people with learning disabilities fairly treated, with an urgent programme of high-quality service development in every locality. We all have a right to an ordinary life, and for disabled people there is a right to extra support to live an ordinary life. We mustn’t stand by and allow them to be offered less than the rest of society.
Add Comment