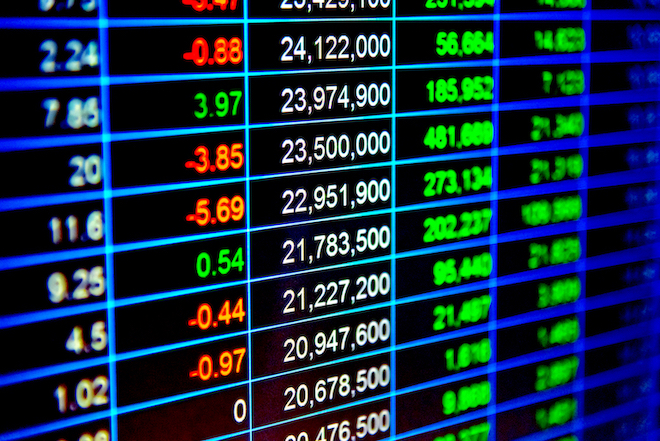 An Israeli man who founded a binary options trading platform has been named by Austrian authorities as one of the masterminds of a massive “pan-European” fraud scheme.

Austria’s Ministry of the Interior, which oversees police and public security, has cited Israeli citizen Ilan Tzorya, founder of the binary options platform Tradologic, as one of the masterminds of a fraud scheme that allegedly netted over 200 million euros.

The January/February 2021 issue of the ministry’s magazine “Offentliche Sicherheit” (Public Safety), featured an article describing how federal police have, since 2017, investigated an Israeli-run multinational ring of allegedly fraudulent call centers running financial websites. The investigation has thus far led to 11 suspects being taken into custody as well as a conviction of Tzorya’s former business associate Gal Barak.

Tzorya, who also spells his surname Tzroya, denied any wrongdoing, telling The Times of Israel he believes the claim originates with a rival of his who is out to harm him.

According to investigators, the ring duped consumers into investing in binary options and contracts for difference (CFD) — forms of gambling on supposed stock movements — and on cryptocurrencies, but used software that could manipulate the prices to ensure the fraudsters came out on top.

Until recently, media reports on the scheme have revolved around Barak, 33, who reportedly owned call centers in Belgrade, Sofia, Sarajevo, Pristina, Tbilisi and Kyiv. The Times of Israel has previously reported on Barak’s arrest and the allegations against him.

Reports in Bulgarian, German and British media have referred to Barak as the “Wolf of Sofia,” and described him as the ringleader of the massive scam being investigated by Austrian and German police. In September 2020, the Vienna Regional Criminal Court sentenced Barak to four years in prison.

But the January/February article claimed for the first time that Tzorya, who has hitherto stayed out of the limelight, was also a “mastermind” of the scheme under investigation and that he in fact founded the company, Tradologic, that allegedly made the fraud possible, according to Austrian police.

“The accused Israeli citizen Ilan T. [Tzorya] is considered to be one of the masterminds behind the websites Option888, OptionStars and Speartrader,” the article said.

“He was confronted by investigators from the Federal Criminal Police Office in Vienna with the allegations,” it added.

Responding to these claims, Tzorya confirmed to The Times of Israel that he was questioned by Austrian police several weeks ago, but said that he flew to Austria and answered questions voluntarily and has not been arrested.

He said that if Austrian police had thought he was a fraud mastermind they could have arrested him on the spot.

“If they had thought so, they could have easily, and should have arrested me a few weeks ago when I was in Austria. It’s obvious I am not the mastermind behind these sites,” he said.

‘More than an ordinary internet scam’

According to the article, the plethora of fraudulent online trading websites has become a “pan-European fraud phenomenon,” with just the network of call centers around Barak inflicting about 200 million euros in losses on victims worldwide.

According to Austrian police, Barak ran websites that included XtraderFX, Option-Stars and Goldenmarkets, all of which lured investors with promises of quick profits as well as claims that German and Austrian celebrities had earned money through online trading. Investors would start out depositing a few hundred euros, but later be cajoled and induced by trained call center employees using fake identities to “invest” more and more of their money.

“After the customer has transferred the money, ‘brokers’ simulate

“While the customers assume that they are now trading in the advertised financial instruments, there is no actual trading on the market. In fact, the [financial] charts presented can be updated using specially developed software that can be manipulated arbitrarily by the perpetrators,” the press release alleged.

“The money flows into the money laundering network and the victim has no chance of receiving a payout,” said station sergeant Martin Grasel, who investigates white-collar crime for the Lower Austria Criminal Police Office.

Grasel said the investigation began in September 2017 when the Wiener Neudorf police station in Lower Austria received a complaint from a victim who had lost more than 100,000 euros on the Option888 and Speartrader websites.

“I was immediately aware that there was much more to this than an ordinary Internet scam,” he said.

Criminologists and law enforcement officials in Europe and elsewhere say that online consumer fraud has reached epidemic proportions. A recent European Commission survey found that 56 percent of European respondents said they had been exposed to a scam or fraud in the last two years.

Unlike traditional criminals, online fraudsters rely on reputation laundering, hiding in plain sight behind a veneer of legitimacy provided by a soporific press, using their ill-gotten gains to attain public leadership roles and using an opaque network of corporate dealings to obscure their true involvement in criminal activity.

Grasel said he noticed that many of the allegedly fraudulent websites used software produced by an Israeli-founded Sofia-based company known as Tradologic.

‘Crime as a service’

In January 2019, Grasel said in the Interior Ministry article, Austrian police raided Tradologic’s Bulgarian offices in Sofia and seized large amounts of digital material. Using this material, prosecutors were able to prove that victims had been defrauded, prove that the software could manipulate investors’ trades, and were given a window into the scope of the fraud, Grasel said. He noted that Tradologic had processed a total of more than $710 million of victims’ money, an amount in excess of the 200 million euros of fraud alleged in this particular investigation.

“The [Tradologic] software was programmed in such a way that the fraudsters were always able to manipulate trades. For example, the prices were changed at short notice at a certain point in time in order to exceed a limit value, whereby the trade was automatically closed and the desired result achieved. These possibilities also existed through the assignment of risk levels. The higher the victim’s risk level was set, the higher the probability that the victim’s trades would generate losses through automated manipulation,” Grasel said.

Grasel alleged that Tradologic not only provided software, but a full suite of services for would-be scammers who wished to set up a fraudulent website and call center business.

“In addition to the software, Tradologic offered other services, such as shell companies with straw men, bank accounts or payment service providers,” he said.

Under questioning, Grasel said, recently convicted fraudster Gal Barak had alleged that Tradologic constituted an entire “ecosystem” of fraud whose business model was “crime as a service.”