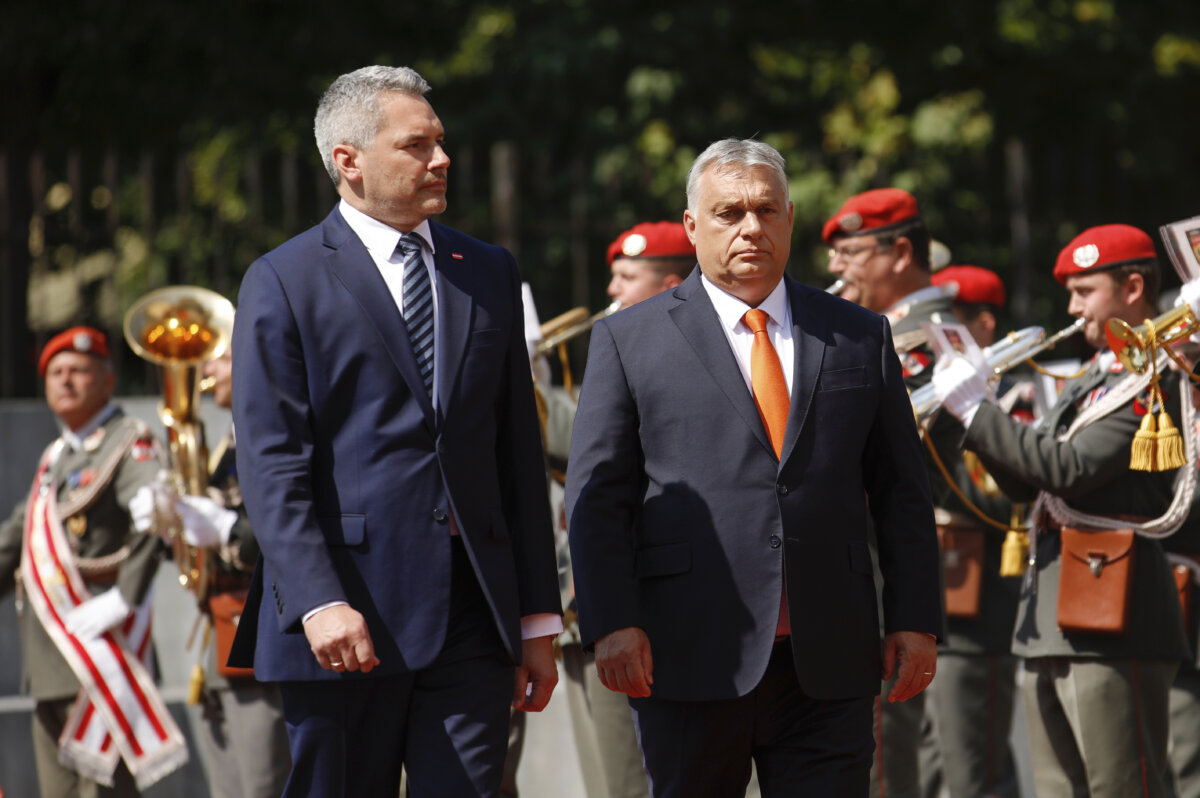 Austrian Chancellor Karl Nehammer welcomed Hungarian Prime Minister Viktor Orban in Vienna on Thursday for bilateral talks that focused on migration as well as on the war in Ukraine and its consequences.
The meeting of the two central European leaders came only days after one of Orban’s closest associates resigned in protest over what she called a “pure Nazi” speech given by the Hungarian prime minister in which he railed against Europe becoming a “mixed race” society.

Nehammer sought to quickly distance himself from Orban’s controversial remarks, telling reporters in Vienna that he made clear to the Hungarian prime minister that “we in Austria reject, condemn in the strongest terms, any form of trivialization or relativization of racism or even antisemitism.”

While Orban’s anti-migrant stance and criticism of Western liberal values have long prompted a backlash, Saturday’s speech sparked a fresh wave of outrage throughout Europe and from the opposition in Hungary. In it, Orban declared that countries with large-scale migration from outside of Europe “are no longer nations.”

While Orban did not explicitly repeat these remarks in Vienna on Thursday, he stressed his anti-migration agenda and insisted on what he saw as the need to defend his country’s culture against outside influence.

“I don’t want Hungary to become an immigration country and I don’t want migration to become stronger in Hungary,” he said. “I have always held this point of view and I will continue to do so, this has no biological basis. This is not a racial issue for us. This is a question of culture. Quite simply, our civilization should be preserved as it is now.”

Nehammer, for his part, depicted migration as a “challenge” that needs to be fought.

Austria has taken in over 80,000 refugees from Ukraine and around 30,000 additional asylum applications during the first half of the year, the chancellor pointed out, calling the arrival of these people “challenges that Austria is actually facing now in addition to the energy crisis, in addition to inflation, in addition to the pandemic.”

In comparison, Germany has registered more than 900,000 refugees only from Ukraine since the outbreak of the war.

Both the Austrian and Hungarian leaders said their countries were planning a conference with Serbia on how to “curb irregular migration.”