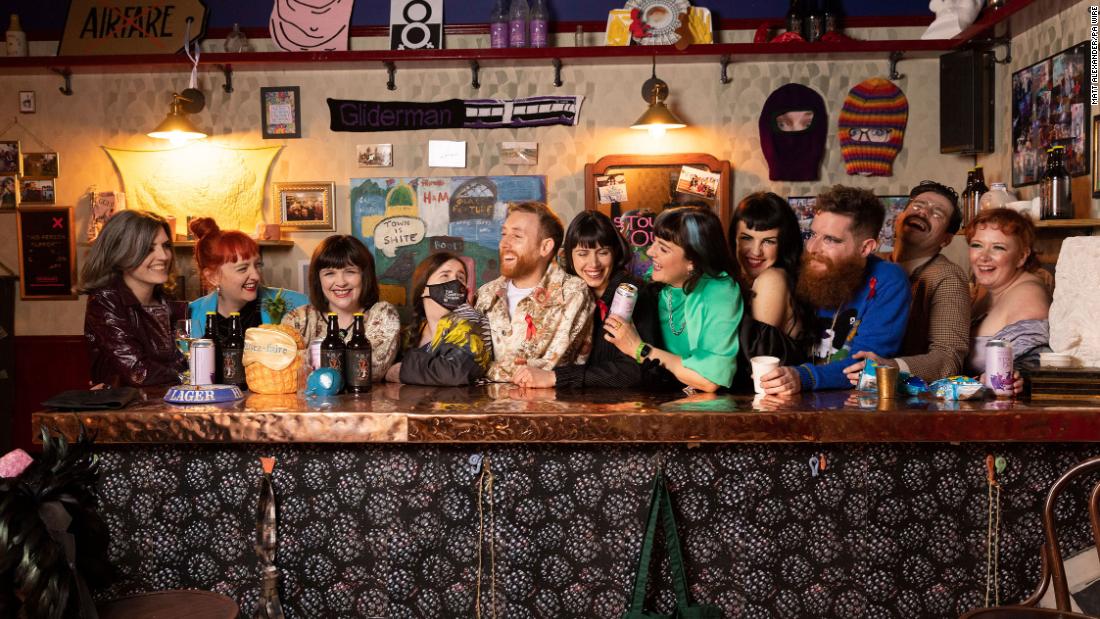 A group of 11 artists and activists has claimed the prestigious Turner Prize after transforming a gallery space into an Irish pub.

Array Collective, which uses installations, performance art and protest to explore social issues, was announced this year's winner at a ceremony in Coventry, UK, on Wednesday.

Based in Northern Ireland's capital, Belfast, the group is known for tackling topics affecting the region, including its restrictive abortion laws, religious divides and history of sectarianism.

Prize-winning artwork "The Druithaib's Ball" saw the collective recreate a "síbín" -- an illegal drinking den, or a "pub without permission," as the artists put it -- to mark 100 years since the partition of Ireland. 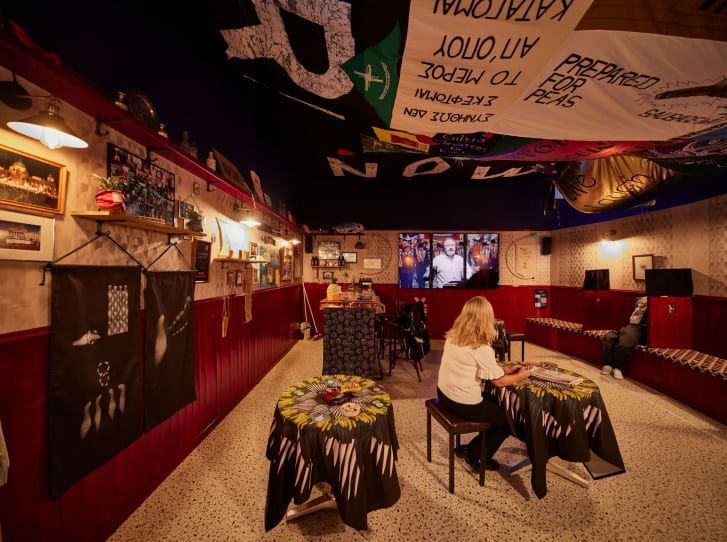 Originally installed in Belfast, Northern Ireland, the pub at the center of "The Druithaib's Ball" was recreated at the Herbert Art Gallery and Museum in Coventry, UK.

Like much of the group's previous work, the installation combined contemporary art and historical folk imagery, with a circular arrangement of flag poles alluding to ancient Irish ceremonial sites. Posters and photographs lined the walls, while the pub's roof was decorated with banners containing messages including "Stop Ruining Everything."

At an event in Belfast earlier this year, the collective invited artists, activists and "semi-mythological druids" for performances of traditional music, dance and storytelling. The collective later recreated the installation at an art gallery in Coventry for the annual Turner Prize exhibition, where videos displayed scenes from the original event.

In a press release, prize organizers said the group's "hopeful and dynamic" art "addresses urgent social and political issues affecting Northern Ireland with humor, seriousness and beauty." Tate, the museum group behind the award, said the jury had been "impressed" by how the collective "were able to translate their activism and values into the gallery environment, creating a welcoming, immersive and surprising exhibition." 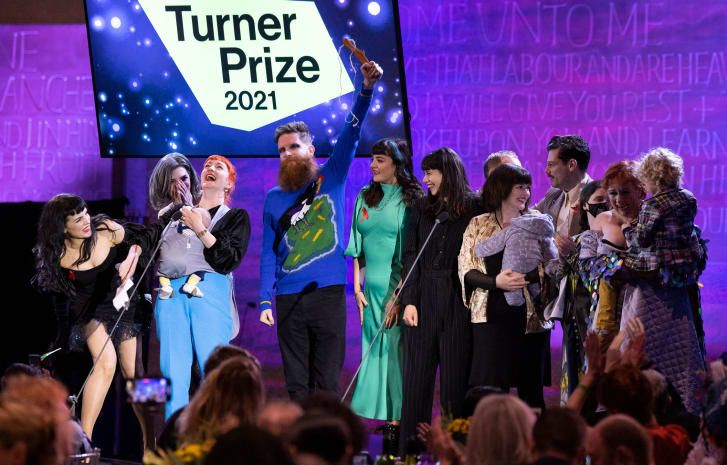 Array Collective accepted the Turner Prize 2021 at a ceremony in Coventry, which has been named the UK's City of Culture 2021.

She added that the collective was considering putting the £25,000 ($33,000) prize money towards "having somewhere permanent to work," noting that the group is "going to be kicked out of our space soon enough."

This year's shortlist was dominated by collectives, with no individual artists nominated for the first time in the prize's 37-year history. The jury, which was chaired by the director of Tate Britain, Alex Farquharson, noted that 2021's shortlist reflected "the solidarity and generosity demonstrated in response to our divided times."

Other nominees, who each received £10,000 ($13,000), included the London collectives Cooking Sections and Black Obsidian Sound System, who used their installations to explore the environmental impact of food production and the discrimination facing marginalized groups in the UK, respectively. Elsewhere,
Project Art Works spotlighted the work of neurodivergent artists while the Cardiff-based group Gentle/Radical presented a series of video works, including one of them singing 18th century Welsh prayers.

Although usually awarded to a single artist, the prize has previously been won by both a group (architecture collective Assemble in 2015) and a duo (Gilbert and George in 1986).

The 2019 prize -- its most recent, due to the Covid-related cancellation of last year's program -- was awarded to all four of the nominated artists, after they asked to share the prize money "at a time of political division."