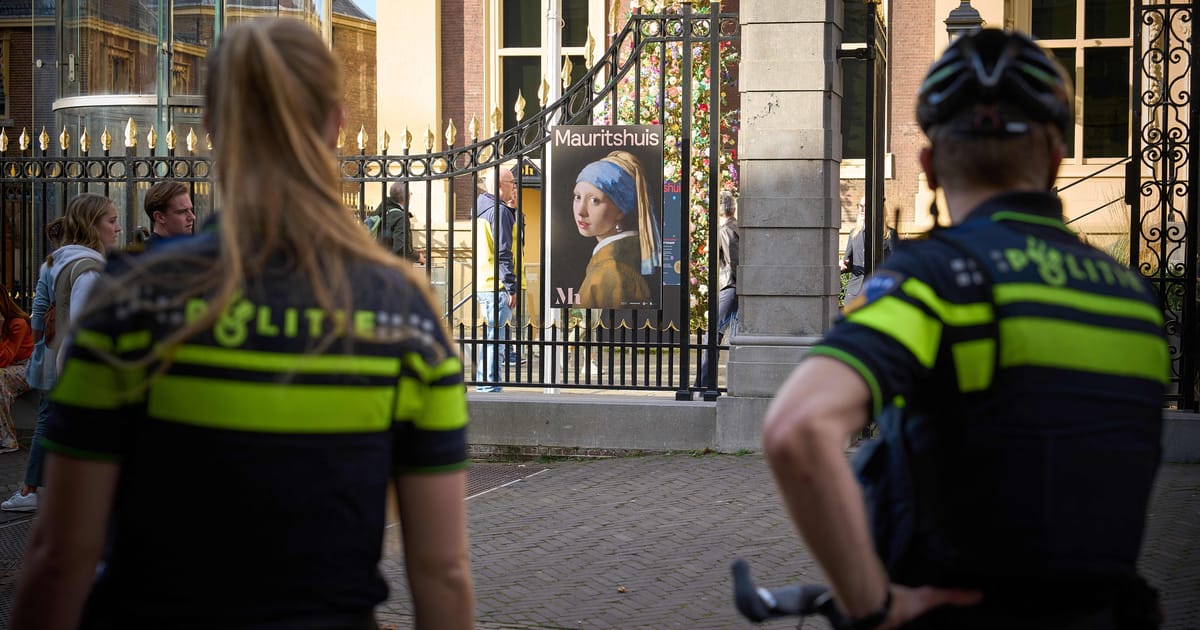 A climate activist on Thursday glued his own head to Johannes Vermeer’s world-famous “Girl with a Pearl Earring” painting in a museum in the Hague.

A second “Just Stop Oil” activist glued himself to the wall next to the painting, while pouring a tomato-based substance over his partner.

In a video of the incident, onlookers could be heard shouting “shame on you” and “obscene” at the protesters, who were aiming to raise awareness of the devastating impact of climate change on the Global South.

“How do you feel when you see something beautiful and priceless being apparently destroyed before your eyes?” one of the protesters said.

The historic canvas — painted around 1665 by the Dutch Baroque period artist — is protected by a glass screen.

The museum said that “fortunately, the masterpiece, behind glass, was not damaged,” adding that “we understand the climate activists. They advocate for the preservation of nature. But we are in favor of preserving our cultural heritage.”

The two activists, plus a third one who filmed the incident, were arrested for “public violence against property.”

The incident is the latest in a series of attacks on famous artworks by climate activists. Members of Just Stop Oil flung the contents of a can of tomato soup at Vincent Van Gogh’s “Sunflowers” painting in London earlier this month, and German protesters attacked a Monet with mashed potatoes in Potsdam on Monday.