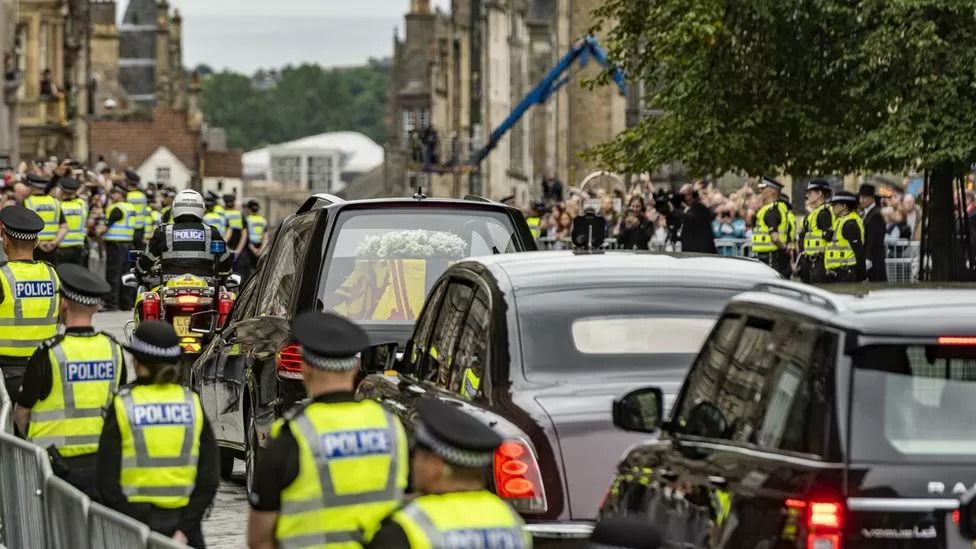 The arrests of anti-monarchy protesters after the death of Queen Elizabeth II are "deeply concerning", free-speech campaigners have said.

Police in Scotland have arrested two people in recent days over alleged breaches of the peace, while a man was arrested and de-arrested in Oxford.

Campaigners said the right to protest was fundamental and must be protected.

On Sunday, a 22-year-old woman was charged in connection with a breach of the peace after being arrested during an accession proclamation for the King outside St Giles' Cathedral in Edinburgh.

She was later released and will appear at Edinburgh Sheriff Court at a later date.

On the same day, Symon Hill, 45, was arrested on suspicion of a public order offence after shouting "Who elected him?" during another accession proclamation in Oxford.

Thames Valley Police said he was later de-arrested and was assisting officers "voluntarily".

On Monday, a 22-year-old man was arrested in connection with a breach of the peace after reportedly heckling Prince Andrew as the royal procession moved along Edinburgh's Royal Mile.

Ruth Smeeth, chief executive of Index on Censorship, said the arrests were "deeply concerning", adding: "We must guard against this event being used, by accident or design, to erode in any way the freedom of expression that citizens of this country enjoy."

Silkie Carlo, director of Big Brother Watch, said police officers had a "duty to protect people's right to protest as much as they have a duty to facilitate people's right to express support, sorrow, or pay their respects".

Jodie Beck, policy and campaigns officer at Liberty, said it was "very worrying to see the police enforcing their broad powers in such a heavy-handed and punitive way".

"Protest is not a gift from the State, it is a fundamental right," she said. 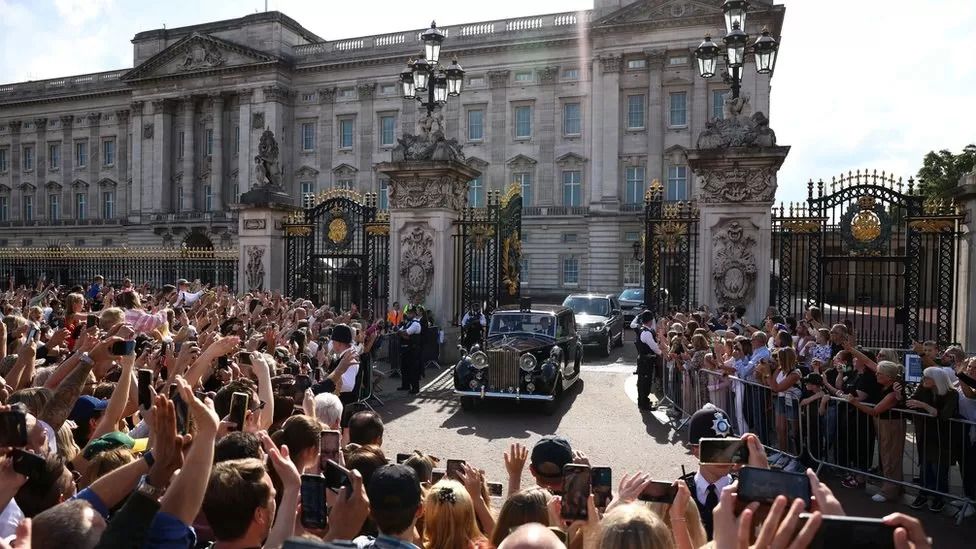 Also on Monday, a protester holding a sign reading "Not my King" outside parliament ahead of the King's arrival at Westminster Hall was ushered away by police.

The Metropolitan Police said a member of the public had been asked to move from outside the Palace of Westminster "in order to facilitate vehicle access and egress through the gates" but had not been arrested or asked to leave the wider area.

The Met also responded to a video circulating on social media in which an officer is heard asking for the details of a man who had held up a blank piece of paper and expressed an intention to write "Not my King" on it. The officer - who was reportedly from another force brought in to assist the Met - is heard saying the message "may offend people".

A statement from Deputy Assistant Commissioner Stuart Cundy reads: "The public absolutely have a right to protest and we have been making this clear to all officers involved in the extraordinary policing operation currently in place."

Around 1,500 military personnel will work alongside police and civilian stewards to manage the huge numbers of people expected to flock to London over the next week.

"We will have a safe event, but we're going to be putting thousands of officers into this because of the level of security required and the millions of people who want to pay their respects," he said.

The prime minister's spokesman would not comment on individual arrests, but said: "More broadly, obviously, this is a period of national mourning for the majority, the vast, vast majority of the country.

"But the fundamental right to protest remains as a keystone of our democracy."