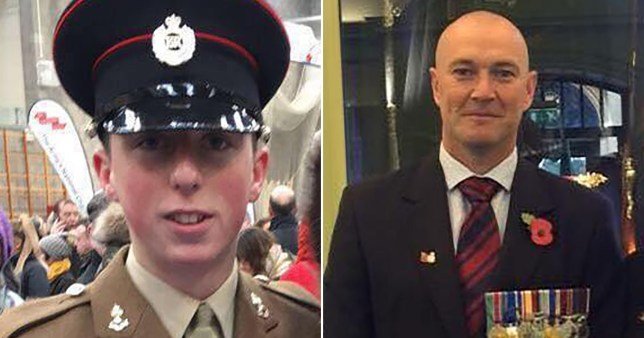 A dad died after he encouraged his teenage son to hit him during a ‘game of slaps’ that went tragically wrong, an inquest heard.

Army veteran Malcolm Callender, 48, fatally hit his head on the road during ‘horseplay’ with his 19-year-old son Ewan on April 12 last year.

The coroner was told that the ex-soldier, who worked and lived at public school Wellington College in Berkshire, had been drinking with his son at pubs before he started the game by slapping him.

He then stood with his hands behind his back and said to Ewan: ‘Right, you can have your free shot.’

Witnesses said Ewan was not keen on hitting his bigger-built father but wanted to ‘make him proud’.

He was seen clenching his fists outside the Matchbox nightclub in Reading before he delivered the slap which caused his father to reel backwards and hit his head on the road.

As his father lay on the ground, Ewan was heard screaming ‘wake up Dad! Dad I love you!’ 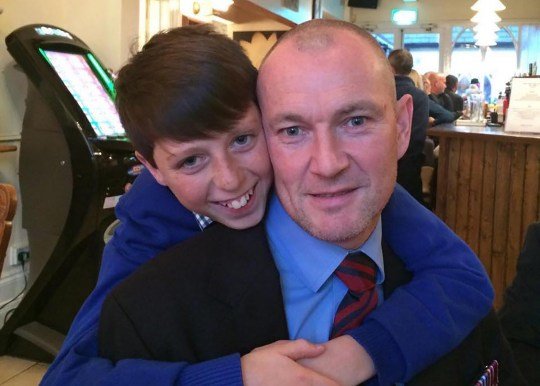 The father and son had a ‘strong’ relationship and would often play the game of slaps, the inquest heard

The serving soldier was arrested at the scene, but the Crown Prosecution Service decided not to prosecute him for any offence.

CCTV played at the inquest showed Mr Callender senior raise his hand and strike his son, who went to retaliate but instead embraced his father.

Giving evidence at the inquest, Ewan said ‘there was nothing aggressive’ about the slap and that the pair were ‘messing around’.

Kathryn Morrison, Mr Callender’s wife and Ewan’s mother, said in a statement read in court that the slapping between the father and son was a common game they played.

She said: ‘As a family, we would always be messing about with each other and we would be giving each other quick little digs in the ribs which we called “fingers of steel”. 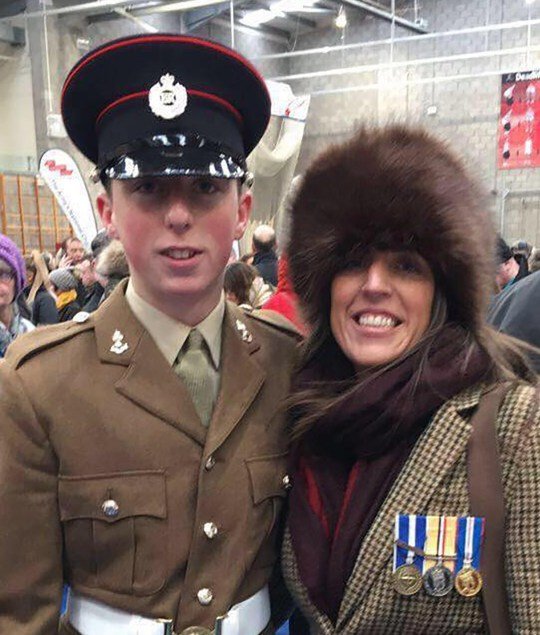 ‘We would wrestle with each other where we would try to grab the other person and take them to the ground. Another game we would play was slaps.

‘When Ewan was about 15 years old, he and Malcolm would progress to try to slap each other around the face. Malcolm would always be winding him up, saying, “you reckon you can take me yet?”

‘Malcolm was very competitive so he would never let Ewan win, he would use it as a reminder that Ewan was not quite big enough yet.

‘After Malcolm passed away I spoke to Ewan about what happened. From what he described, it sounded just like the games that they had been playing together since Ewan was a kid.’

Friend of Ewan’s Luke Key, who was visiting from Birmingham and was on the night out, also told the inquest that the father and son were ‘happy and laughing’ as they played the game. 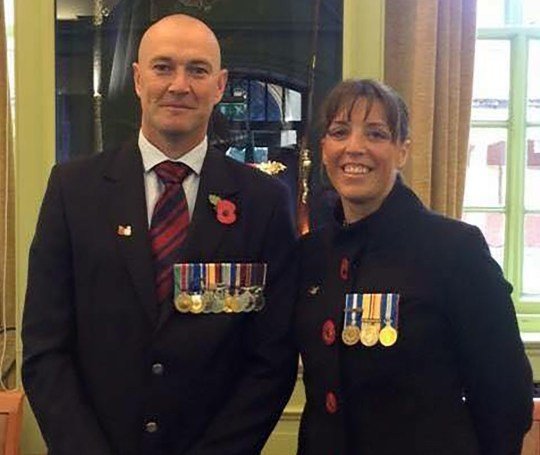 Malcolm Callender served in the army for 27 years

He said: ‘It is a bit of an Army thing and Ewan and Malcolm had that sort of relationship. He always had a strong relationship with his dad.’

He added that he could see in Ewan’s face ‘that he did not want’ to slap his father and that he got the impression ‘he had something to prove’.

‘Ewan looked up to his dad as he was a higher-up figure in the Army and he wanted to make his dad proud,’ he said.

After hitting his head, Mr Callender senior was rushed to the Royal Berkshire Hospital where he was treated for an acute subdural haemorrhage, but he died in the early hours of the following morning.

The cause of death was given as ‘blunt force trauma to the head’.

A toxicology examination found Mr Callender senior was over twice the drink-drive limit for alcohol but had no other substances in his body.

Mr Wade said he would not reach a conclusion that Mr Callender had died from unlawful killing.

Giving a narrative conclusion, he said the veteran died after ‘consensual horseplay’.

‘I hope the inquest allows some closure,’ he said. ‘I cant begin to imagine the anguish and deep, deep pain the event caused the family.’