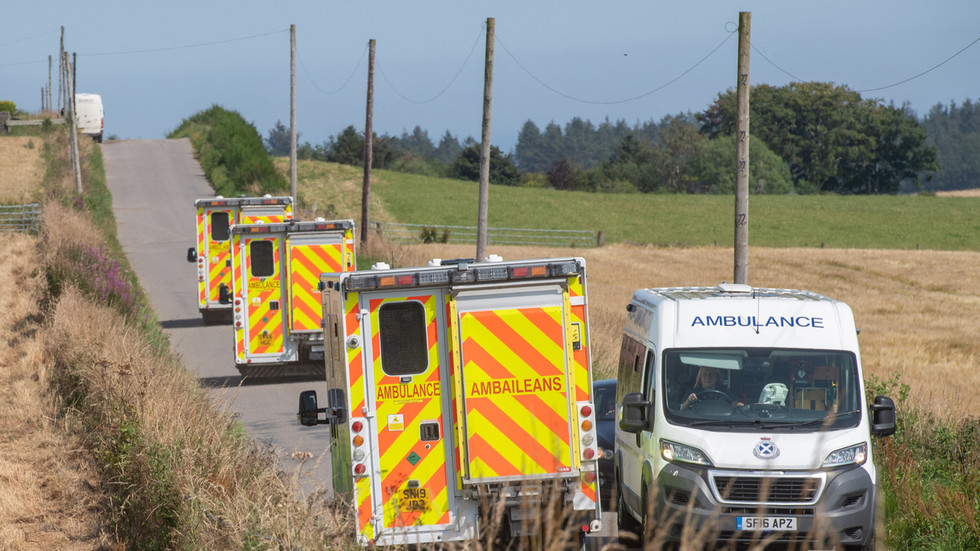 The army could be called in to assist Scotland’s overstretched ambulance service, Nicola Sturgeon has said, following reports of severely long waits. In Glasgow, one man allegedly died after waiting 40 hours for medics to arrive.
Speaking on Thursday, the first minister said that the “country’s ambulance service is working under acute pressure right now, largely due to Covid,” and that military personnel could be brought in to deal with “short-term pressure points.”

Temporary admission wards were also listed as another strategy to help alleviate the dire situation facing the NHS.

The remarks came as the SNP leader was grilled over the long wait times and the resulting impact on Scots. A man reportedly passed away in Glasgow while waiting 40 hours for an emergency response team. The deceased male’s GP slammed the situation as resembling “third-world medicine.” Another woman in Scotland claimed to have spent eight hours lying on her floor with a double hip fracture while waiting for paramedics to come to her aid.

Sturgeon slammed the situation as being unacceptable and apologized “unreservedly to anyone who has suffered or who is suffering from unacceptably long waits.” She added that medical personnel are “responding heroically to these challenges,” referring both to Covid-related illness and health incidents not linked to the pandemic.

Later in the day, the Defence Ministry confirmed it had received a request from the Scottish authorities for support, adding it was looking into ways to provide it.

“We are working hard to identify where we can most effectively assist other government departments and civil authorities,” the ministry added.

Scottish government data published on Thursday showed that 1,054 people were in hospitals around the country the day prior with recently confirmed Covid infections, while 94 were in intensive care. The nation also reported 26 Covid-related fatalities.

According to statistics from the UK government, over 91% of the Scottish population have received at least one dose of a Covid-19 vaccine, while 83.3% are fully jabbed.
#COVID-19  #vaccine  #Covid
Add Comment