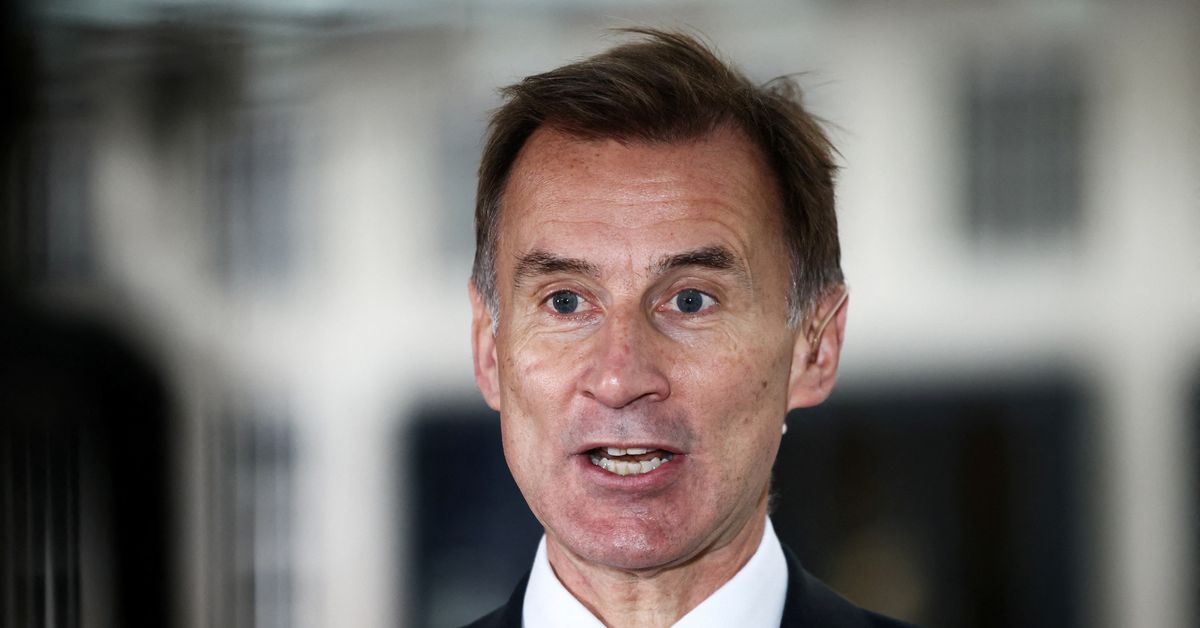 Some lawmakers in Britain's governing Conservatives questioned on Friday whether their traditionally pro-low tax, small state party had moved too far to the left with a fiscal programme they said would punish their traditional voters.

Finance minister Jeremy Hunt outlined on Thursday what his team pitched as a progressive fiscal statement that protected the poorest, but which will increase the tax burden for millions of Britons. Just hours later, some lawmakers from his own party were in talks over whether to vote against the budget plan.

They say Hunt's package of measures is a betrayal of some steadfast Conservative supporters - especially in more affluent constituencies, or electoral districts - who will now have to pay more tax.

Some accused him of going too far in trying to restore Britain's reputation for sound finances, dashed by former prime minister Liz Truss's plans for unfunded tax cuts.

But with Rishi Sunak recently installed as the party's third prime minister this year, appetite for rebellion is likely to be limited, at least for now.

One Conservative lawmaker took aim at what he called "stealth taxes" on middle-class voters and the cut to the tax-free allowance on dividends, saying Hunt had all but ended any lingering hopes of winning a national election due in the next two years by moving too close to the opposition Labour Party.

"What was most interesting was that (Labour's finance policy chief) Rachel Reeves offered no alternative. In other words, we appear to have a Social Democrat government approved by a Social Democrat Labour Party," the Conservative lawmaker said on condition of anonymity.

"Where is the difference?"

The lawmaker said some in the Conservative Party were holding calls on Friday to discuss whether to vote against Sunak and Hunt's programme.

One lawmaker, Esther McVey, said earlier this week she would vote against any measures to put up taxes if the government stuck by its pledge to build the High Speed 2 rail project. Hunt said on Thursday the government would deliver on the project.

But they might be a vocal minority within the party.

After years of division and the ousting of two prime ministers in the space of 2-1/2 months, the Conservatives have seen their popularity slump, with Labour enjoying a more than 20 point lead over the governing party in opinion polls.

Some lawmakers in more urban and poorer constituencies said Hunt's plans, which protected welfare benefits and matched pension increases to double-digit inflation, would benefit voters who had backed the party at the last election in 2019.

Under former prime minister Boris Johnson, the Conservatives scored a large majority after winning over many traditional Labour voters in northern and central England.

"This is a situation where you just need to hold your nose and vote for it," said one lawmaker. "The government did well to fix the fiscal hole without raising the headline rates of taxes, while protecting the most vulnerable and key public services."

The approaching election might be the factor that saps any rebellion of momentum, with several lawmakers saying the party cannot afford any more infighting.

But their unity might be tested by a record drop in living standards over the next two years, with surging energy bills and food prices set to leave many households significantly poorer.

"Well some of my colleagues will criticise virtually anything because that is what they do," Roger Gale, a Conservative member of parliament, told Reuters.

"They need to grow up and live in the real world. The chancellor (finance minister) has done what the chancellor needed to do to get the economy back on track."