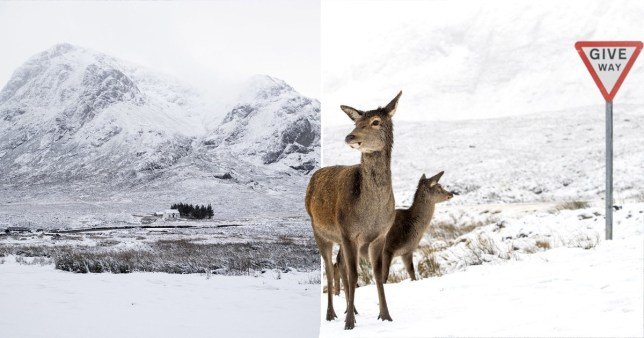 The UK will experience a cold snap over the next few days.

An Arctic blast will blanket large swathes of the country with snow after Storm Bella caused havoc on Boxing Day with winds of more than 100mph.

The Met Office has put in place a yellow weather warning for snow and ice across most of Scotland and parts of northern England and north Wales for Sunday.

By Monday, a second yellow warning for snow and ice is in place across all of Wales and some of the remaining parts of England from the Midlands down towards the south coast.

The warning, in place from midnight until 6pm on Monday, cautions of the potential for injuries from icy surfaces and delays to trains and road transport. 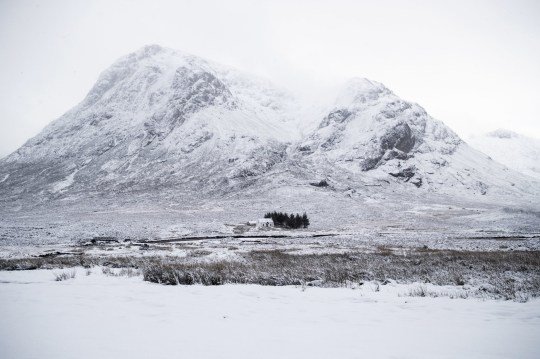 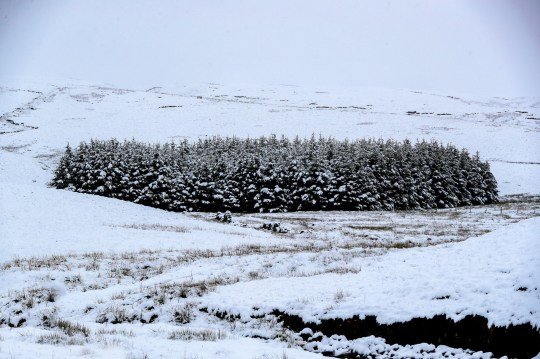 A car is stuck on a snowy road near Newby Head, North Yorkshire

The chilly conditions will follow several days of wintery weather over the Christmas period which brought flooding and high winds.

As of 4:30pm on Sunday, more than 102 flood warnings remained in place across England calling for immediate action as flooding was expected, alongside almost 200 flood alerts.

While the top wind speed was recorded at the Needles on the Isle of Wight where it reached 106mph overnight. 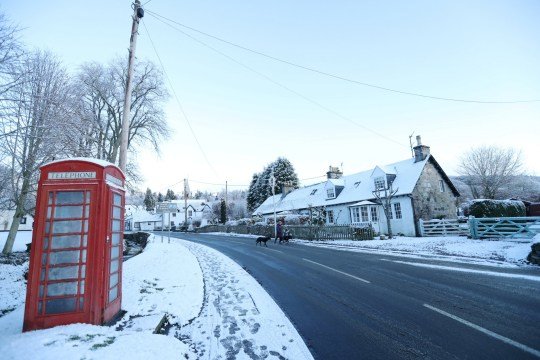 A telephone box after snowfall in Moulin, Scotland

Aberdaron in north-west Wales experienced gusts of 83mph, and locations on the south coast of England, including Dorset, got close to 80mph.

Trees and trampolines were strewn across roads in southern England, which had been subjected to a stronger amber weather warning for wind overnight.

Communities Secretary Robert Jenrick urged people to check Government advice, such as from the Environment Agency, who have asked people to keep away from ‘swollen rivers and flooded land’.

A statement on their website said: ‘It is often deeper than it looks and just 30cm of flowing water is enough to float your car.’