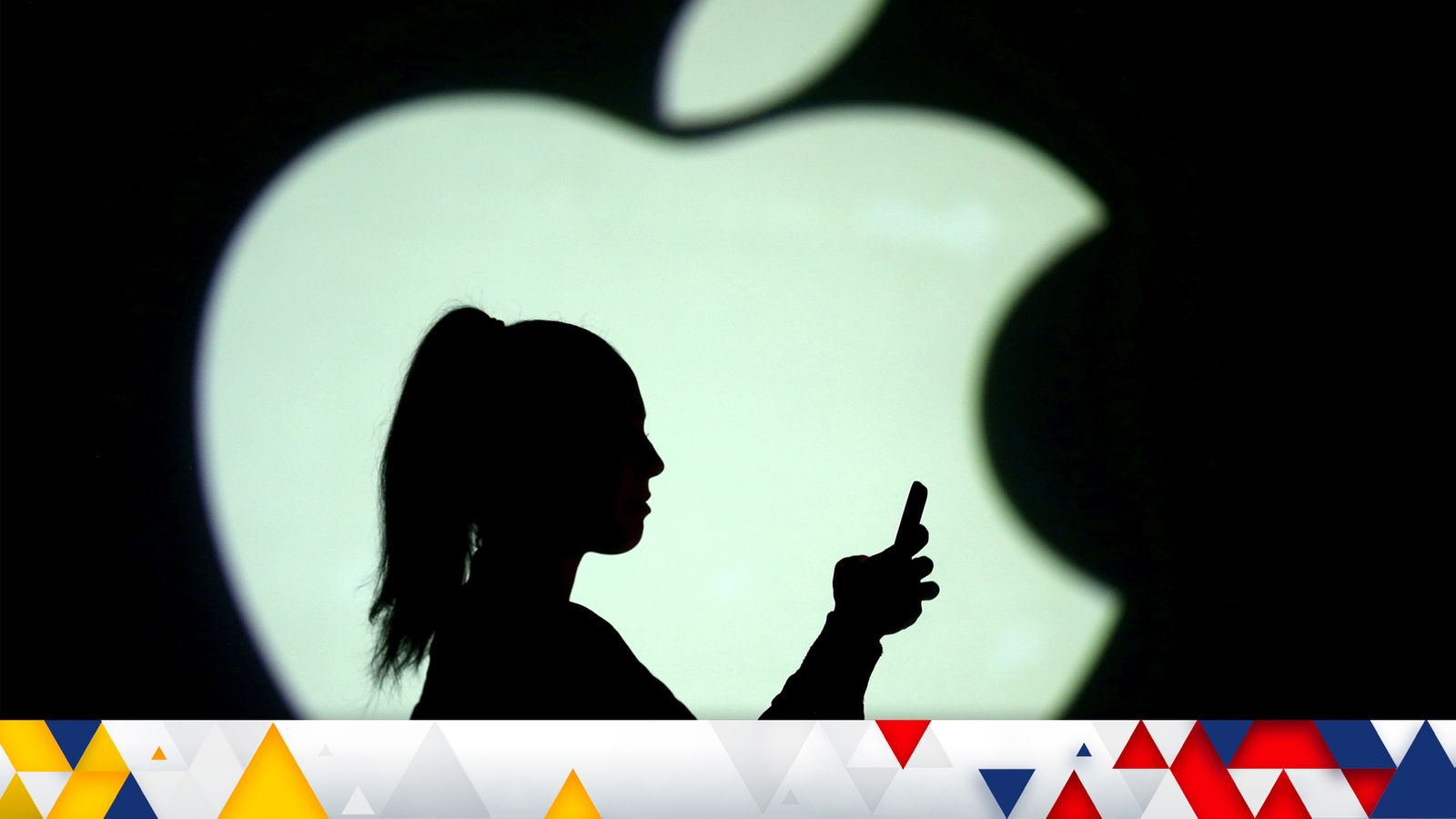 The tech company unveils a number of measures in response to Russia's invasion of Ukraine, saying it is joining "all those around the world who are calling for peace".

Apple has paused all product sales in Russia in response to the invasion of Ukraine.

The move was among a number of measures unveiled by the tech company, including limiting Apple Pay and other services in Russia, and removing state-backed news outlets RT and Sputnik from its App Store outside Russia.

It is the latest step taken against Russia by businesses and organisations across a variety of industries since the invasion began - Tuesday also major film studios announce what amounts to a boycott of the country's cinemas.

In a statement, Apple said: "We are deeply concerned about the Russian invasion of Ukraine and stand with all of the people who are suffering as a result of the violence.

"We are supporting humanitarian efforts, providing aid for the unfolding refugee crisis, and doing all we can to support our teams in the region.

"We have taken a number of actions in response to the invasion. We have paused all product sales in Russia. Last week, we stopped all exports into our sales channel in the country. Apple Pay and other services have been limited.

"RT News and Sputnik News are no longer available for download from the App Store outside Russia.

"And we have disabled both traffic and live incidents in Apple Maps in Ukraine as a safety and precautionary measure for Ukrainian citizens."

The company added: "We will continue to evaluate the situation and are in communication with relevant governments on the actions we are taking.

"We join all those around the world who are calling for peace."

A number of Western countries, including the UK, have implemented tough financial sanctions on Russia in an effort to get Mr Putin to step back from the conflict.