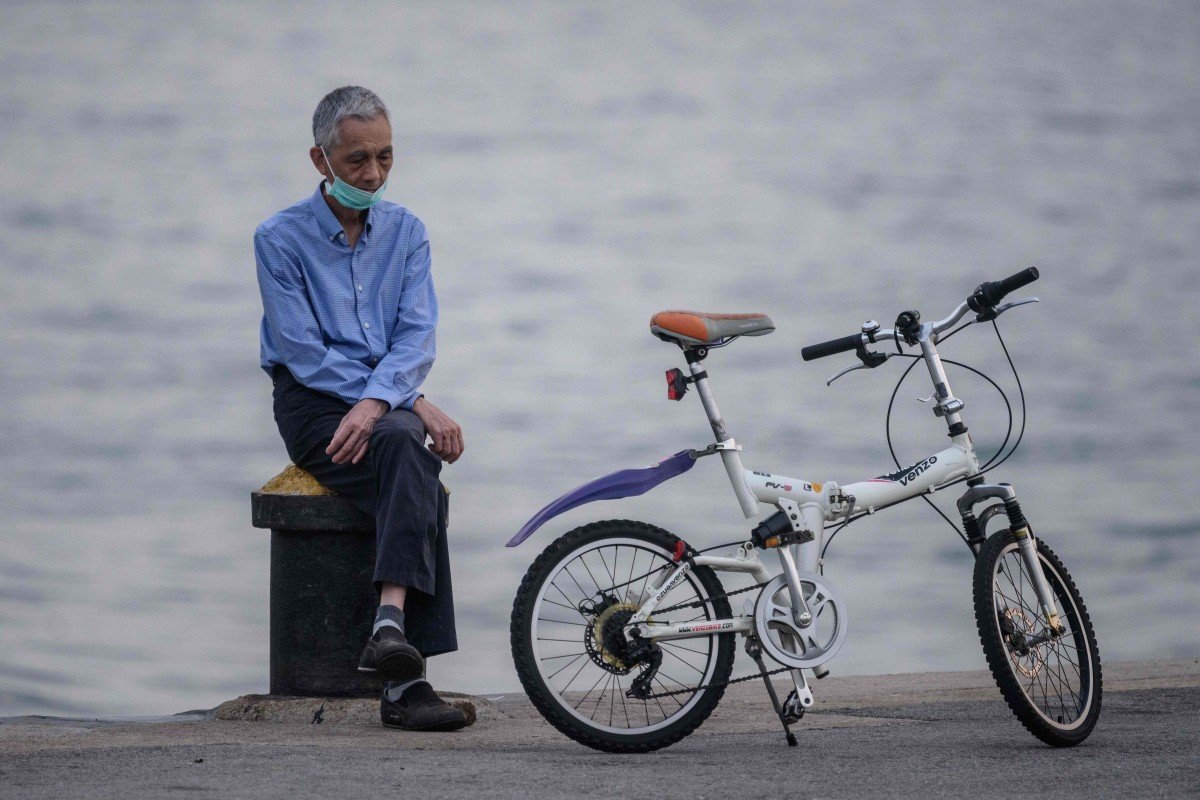 The pandemic-induced recession has led to reduced pension contributions and higher government debt. Billions around the world, including in Hong Kong, face the prospects of working longer or having less income in retirement.

Among the many distressing consequences of the pandemic-induced recession now enveloping us, only a few of the most direct effects have begun to be explored – bankruptcies, unemployment, the collapse back into poverty of many millions in the world’s poorer economies, rising government indebtedness and the squeeze this will exert on most government-funded services.

But some catastrophic impacts have yet to even be recognised. One is the grim prospects facing our elderly and those in retirement. A report this week from global actuary Mercer, with Monash University in Australia, has shed some initial light. It makes for uncomfortable reading.

In the interest of full disclosure, I must confess that I have for years been forecasting the imminence of the global pensions crisis, while we continue to read dire descriptions of pension schemes in danger – from numerous US states and cities, to General Electric, where pension obligations outweigh the company’s market value and where the pensions of 20,000 staff have been frozen, to Japan where there are around seven retirees for every 10 people in the workforce.

I must also confess that I have (ageing) skin in the game. At 69, I am still hard at work not just because I enjoy what I do, but because if I live as long as I hope to, I want to leave my modest retirement pot untouched for as long as possible.

Anyone who has read the Lynda Gratton and Andrew Scott book, The 100-Year Life, will know what I mean. But Jim McCaughan, former chief executive of US fund manager Principal Global Investors, makes it clear: “Pension systems in the world were designed when people would work for 40 years, and then live in retirement typically for up to another 10. Pensions won’t work well economically or socially if a 30-year career then gets followed by a 30-year retirement."

Mercer’s annual Global Pension Index study, which examines schemes across 39 economies (including Hong Kong) in terms of three metrics – adequacy, sustainability and integrity – paints a chilling picture of how the pandemic recession will make an already terrible set of challenges even worse.

David Knox, lead author, pulls no punches: the pandemic recession “has led to reduced pension contributions, lower returns and higher government debt in most countries”, he says. “Inevitably this will impact future pensions, meaning some people will have to work longer, while others have to settle for a lower standard of living in retirement.”

While the integrity of the pension schemes studied (including regulation, governance, communication and operating costs) was generally high (Hong Kong ranked an impressive 5th out of 39), the adequacy (that is, benefits and levels of savings) was weaker, and the sustainability (the likelihood that schemes will provide benefits into the future) was weaker still.

Hong Kong was awarded an overall C+ grade, indicating “some good features, with areas that should be addressed over time”, and was ranked second in Asia behind Singapore.

But it was ranked 28th out of 39 in terms of adequacy, with Adeline Tan at Mercer in Hong Kong observing: “This probably reflects how the MPF system was initially intended to complement a member’s other sources of wealth and retirement income.”

She says the government could improve Hong Kong’s ranking if some of the retirement benefit could be “converted into an income stream” and if policies could be adopted that encourage people to work longer. 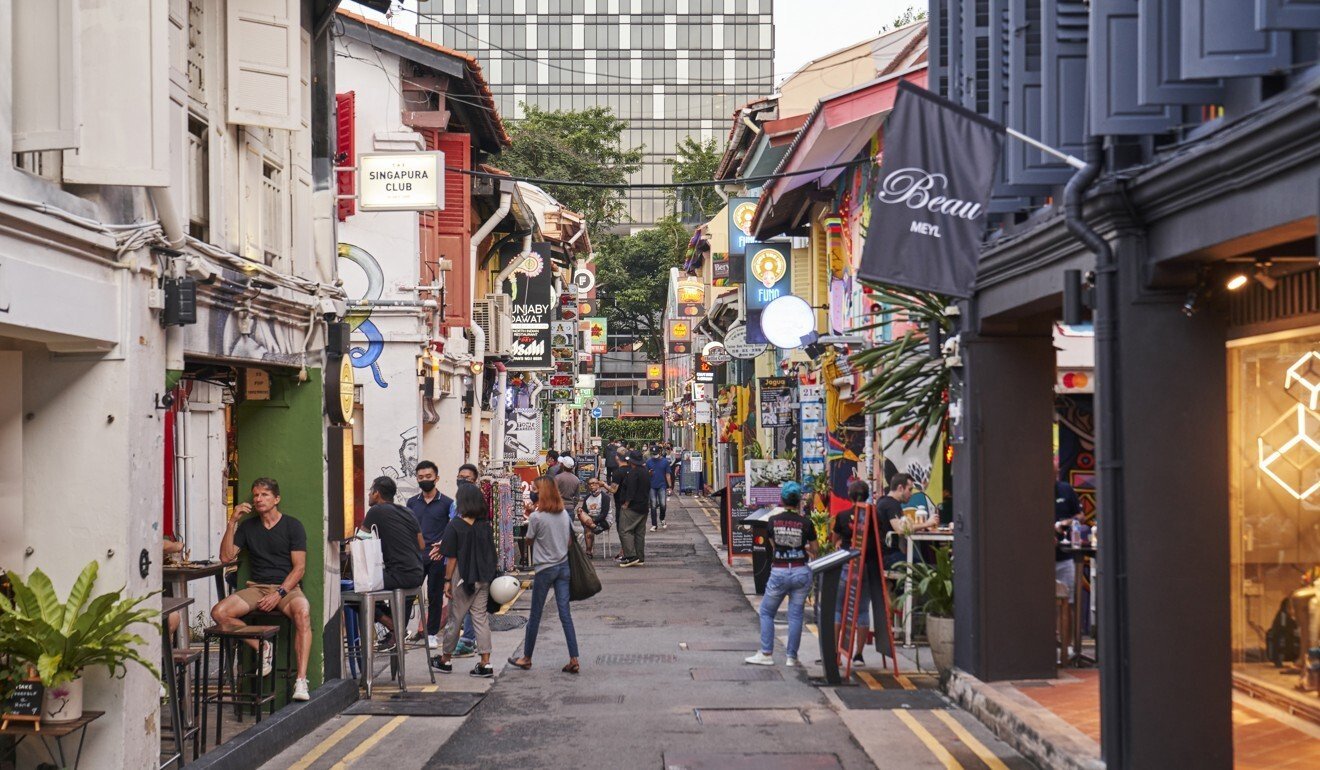 Haji Lane in Singapore. The country was ranked seventh among 39 pension systems in the Global Pension Index, and first in Asia.

I would add that contribution levels would need to be raised significantly for there to be any serious likelihood of MPF savings pools being sufficient to deliver security through old age, and that retirement ages would need to rise.

The Mercer study was particularly alarmed by the decision of many governments – including Australia, the United States, Spain and Chile – to allow people to dip into their pension pools for short-term relief during the pandemic, or temporarily cut their compulsory pension contributions to improve household liquidity.

In particular, it homed in on Australia, where nearly a quarter of the workforce were allowed to pull up to A$20,000 (US$14,200) from their superannuation accounts, and Indonesia and Thailand, which slashed compulsory contributions from both employers and employees between May and July.

“These developments will probably have a material impact on the adequacy, sustainability and integrity of pension systems,” says Professor Deep Kapur at Monash, who was part of the study team.

The overall picture is one of heightened retirement insecurity for billions of people across the world – and remember that people living in economies with pension schemes are the lucky ones. Those living in countries without formal pension schemes face significantly bleaker futures.

As companies go bankrupt, or people lose their jobs, so the pensions linked to them will flounder. Even those still in work, most with defined contribution schemes that are vulnerable to the stock market performance, are likely to see pension savings shrink.

As pension expert Amin Rajan wrote in the Financial Times earlier this year: “Risk has been transferred from those who were unable to manage it to those who do not understand it.”

And as governments across the world have taken on mountains of debt to defend their economies from deep recession, this points to the future likelihood of higher taxes, and reduced resources that support those things the elderly are likely to need most – income protection, secure medical care and robust elderly care services.

I still shudder at the recollection of the day in 2015 when 71-year-old Haruo Hayashizaki walked onto a train bound for Osaka, poured petrol over his head, and set himself ablaze in a fire so intense it melted the ceiling of the train carriage. The world subsequently learned that Hayashizaki had been in despair over the inadequacy of his stagnating pension.

Writ small, and hopefully without horrors similar to those of Hayashizaki’s suicide, the challenges facing our ageing societies have taken a sharp and measurable turn for the worse. With so many other problems to wrestle with right now, it is very likely that the unfolding pensions crisis will remain ignored. The price we pay for that will be high.