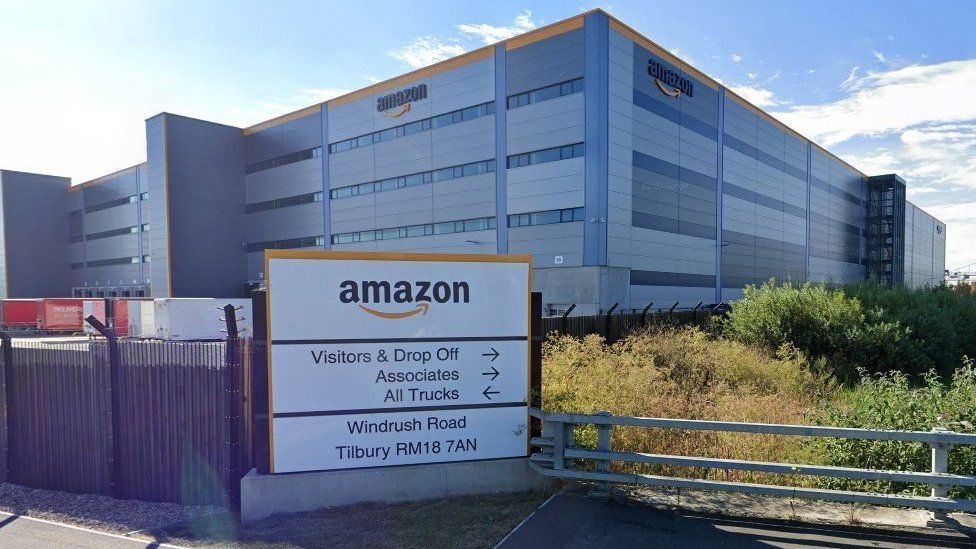 Staff at an Amazon warehouse have staged a walkout over a 35p an hour pay increase offer.

Workers left the depot in Tilbury, Essex, on Wednesday and Thursday as they sought a rise of £2 an hour.

The GMB union said the rise asked for would better match the demands of the role and help meet the cost of living crisis.

Amazon said its pay was "competitive" and staff were also offered a benefits package worth thousands annually.

Steve Garelick, GMB regional organiser, said: "Amazon is one of the most profitable companies on the planet.

"With household costs spiralling, the least they can do is offer decent pay.

"Their repeated use of short-term contracts is designed to undermine worker's rights.

"The image the company likes to project, and the reality for their workers could not be more different.

"They need to drastically improve pay and working conditions." 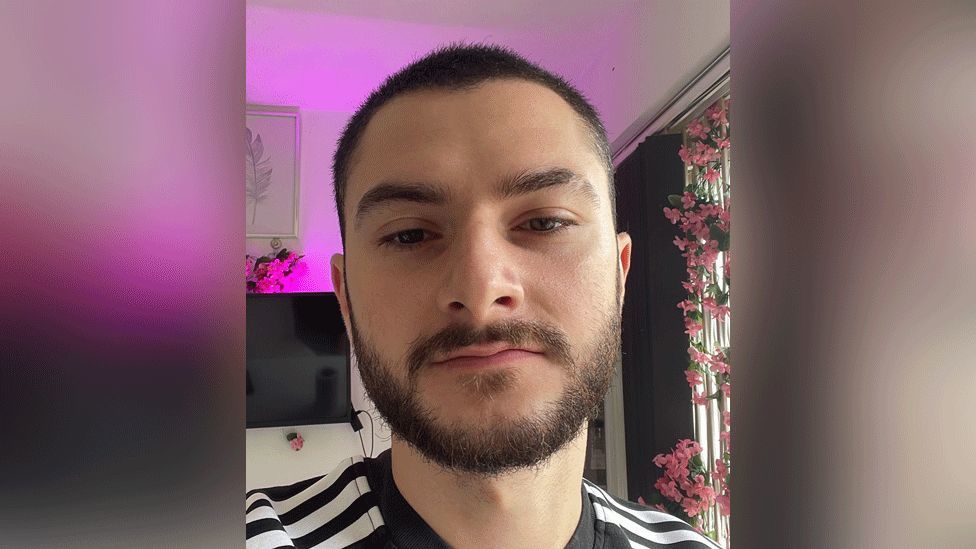 Marius Brezeanu said he estimated 1,000 staff had gone on strike

Marius Brezeanu, 24, of Reading, took part in a sit-in protest at the warehouse, where he is a packer.

"I've got to work six days in order to pay my rent, bills and live a normal life; I don't think this should be normal," he told the BBC.

"For a couple of months, I have been eating just one meal a day [to save money].

"I think there were around 1,000 people on the day and night shifts striking yesterday and overnight.

"We will continue [to protest], everyone is still motivated to do it."

Amazon said starting pay was increasing to a minimum of between £10.50 and £11.45 an hour, depending on location.

"This is for all full-time, part-time, seasonal, and temporary roles in the UK," it added.

"In addition to this competitive pay, employees are offered a comprehensive benefits package that includes private medical insurance, life assurance, income protection, subsidised meals and an employee discount among others, which combined are worth thousands annually, as well as a company pension plan."