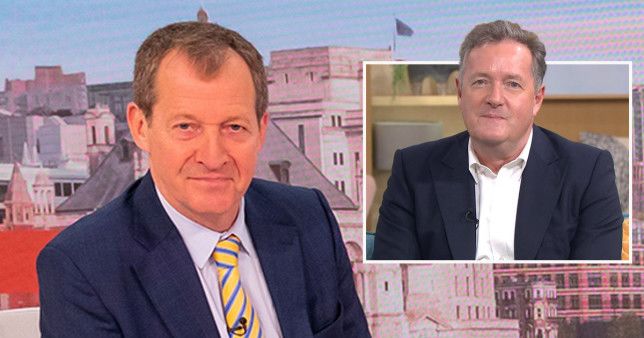 Alastair Campbell has been revealed as the new Good Morning Britain guest host after Piers Morgan quit the show in March.

The former spokesman for the Labour Party will host the ITV morning show alongside Susanna Reid during Mental Health Awareness Week in May.

He tweeted photos of himself in the studio, writing: ‘So weird to be wearing suit and tie.

‘Been in at @GMB checking the presenter chair and seeing if I can cope with the tech! And no I am NOT the new @piersmorgan BUT I will be presenting alongside @susannareid100 May 10-12 thru Mental Health Awareness Week.

‘In addition to usual news, views and interviews hoping to draw attention to MH Issues which GMB have long championed.

‘But also keen to get stuck in on all the big political stories post May 6 elections. No piano! Wish I’d been on this a.m!’

Alistair has worked as Tony Blair’s spokesman and campaign director, then as Downing Street Press Secretary and as the Prime Minister’s Official Spokesperson.

He later became Downing Street Director of Communications and spokesman for the Labour Party.

Piers left Good Morning Britain in March after he was criticised for his comments about Meghan Markle, and after he received more than 41,000 Ofcom complaints – a figure which later rose to 59,000.

During his final show, he also had a heated discussion with Alex Beresford about the topic, with the presenter seen storming off set.

Adil Ray took over to host through April, but Piers has not been formally replaced – although there has been speculation that Richard Madeley has been eyed for the job. 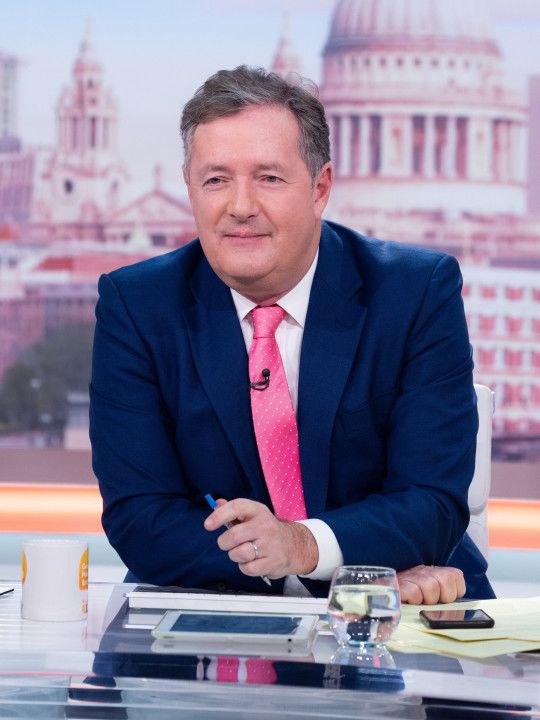 Piers quit the job in March

After the 56-year-old quit the show, ITV boss Kevin Lygo described him as a ‘special thing’.

‘You can’t replace somebody like him. There is nobody like Piers, for good or bad,’ he said.

Speaking to Deadline, he stated: ‘We have a roster of presenters, including Ben [Shephard], Susanna [Reid], Charlotte [Hawkins], and Kate [Garraway]. They’re all stepping up and doing a few more days than they would have done…’

Kevin explained that the GMB presenters on hand will continue to take turns presenting in Piers’ absence.

‘We’ll mix and match until we feel what the right thing is to do. There isn’t a single person [who can replace him],’ he said.