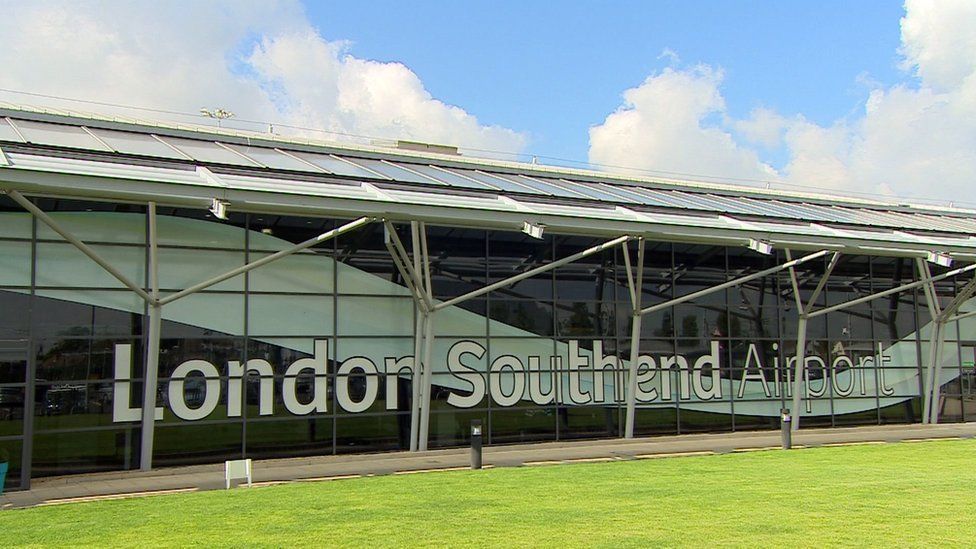 Airport that 'took a hammering' due to pandemic hoping to rebuild

The travel industry was hit hard by the pandemic as all but essential air travel was effectively stopped. At Southend Airport they have "taken a hammering" as passenger numbers have dropped more than 90% from pre-pandemic levels, so can it rebuild?

When the pandemic hit, Southend's three main carriers - EasyJet, Ryanair and Wizz Air - pulled out of the airport and only EasyJet has returned, but it is only flying to three destinations.

On the airport's busiest days only three flights leave, so what does the future hold?

'We took a hammering' 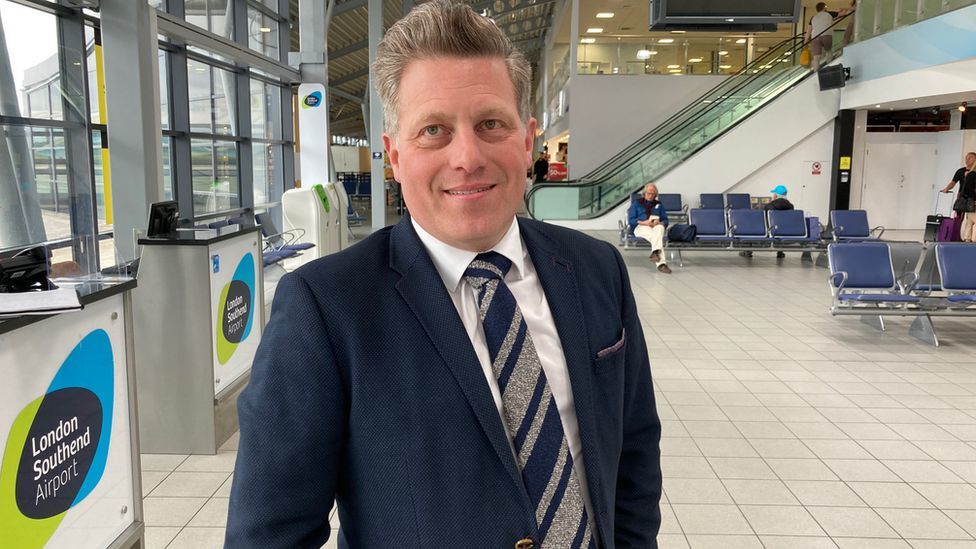 Nigel Mayes, business development director at the airport, says they "took a hammering" due to the pandemic but were hoping to rebuild by next summer

Nigel Mayes, business development director at the airport, says they are already focusing on summer 2023 when they are hopeful more airlines will be back with new routes.

"Our business has taken a hammering," he says.

EasyJet, the anchor airline for the airport, is only offering flights to Faro, Palma and Malaga this summer and Mr Mayes is clear the airport "needs to grow" if it has got a future.

"We're hoping to get more airlines back into London Southend but also trying to grow that partnership with EasyJet, trying to get them to put on more flights and especially to some very popular sunshine destinations that we used to serve," he says.

Popular routes to Amsterdam and Alicante brought in more than 200,000 passengers each year and Mr Mayes says he wants to see them return as well as other routes to get the airport back to the 40 destinations it offered before the pandemic.

"The whole of the aviation sector has had a really difficult couple of years and we've got to make sure that we can both grow our business commercially as well as the airlines," he says.

"We're open to conversations and negotiations with any carrier out there."

'We'll use Southend more and more' 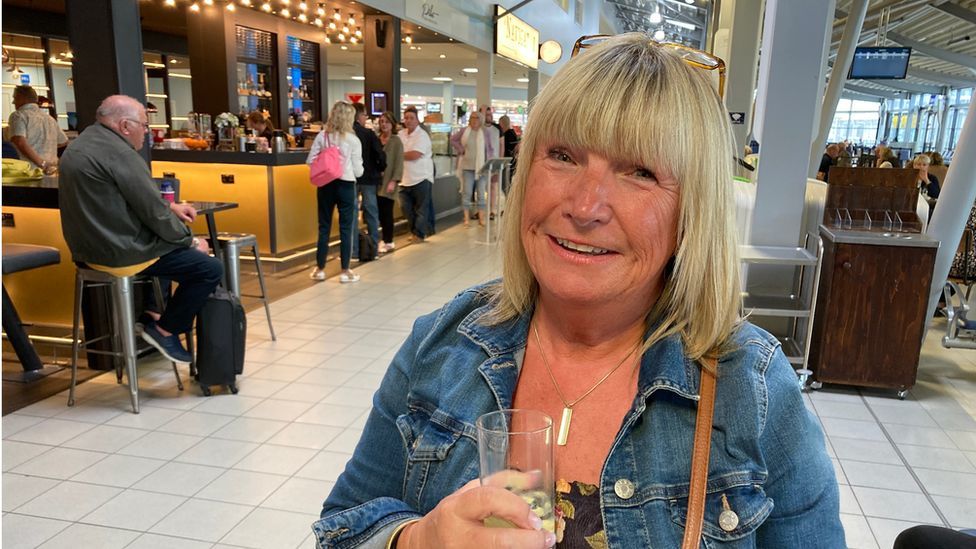 Fiona Clements, 57, from nearby Basildon, had only travelled from London Southend once before, but says she "really enjoyed the experience" and has returned.

"I absolutely love Southend and we've had a great experience - straight through security, a bit of shopping, loads of staff around, the cafe staff have been amazing and they really looked after us," she says.

"There's not many routes yet but as they increase I'm sure we'll use Southend more and more."

'Want to see it get back to where it was' 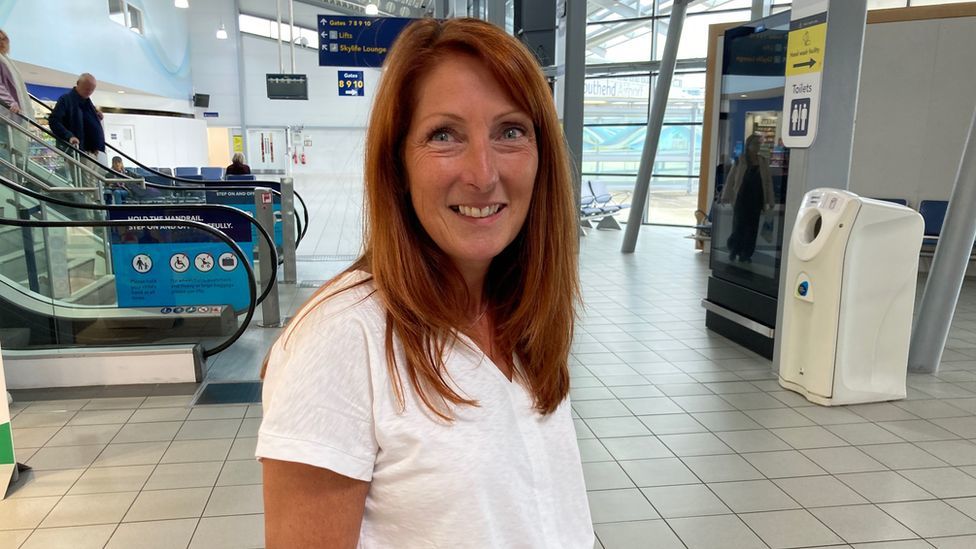 Julie Martine, 55, from Thorpe Bay in Southend, says travelling from London Southend is better than other bigger London airports.

"We just want to see it get back to where it was before," she says.

"They had so many different destinations that everybody could get to really easily and just being here compared to the big London airports just makes so much difference.

"It's so easy, quick, doesn't feel like a big problem and it doesn't take up half your day travelling there." 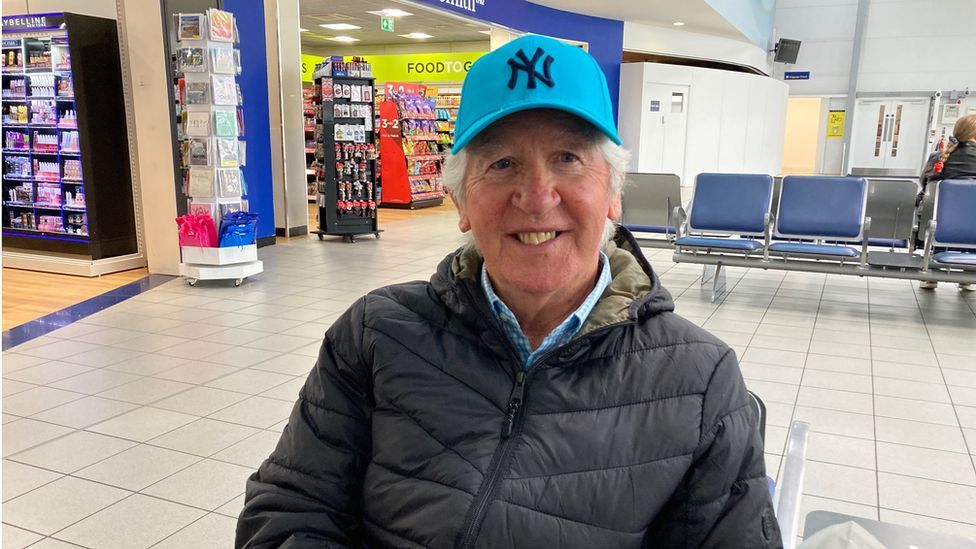 Colin and Rosalind Siggs, from Minster in Kent, used to travel from Southend regularly, but were forced to fly from elsewhere when EasyJet suspended flights from the airport during the pandemic.

They are both happy to see the terminal back in business.

Mr Siggs, 81, says: "I think it's great; we flew from here in the past to Faro, and then they shut down.

"We had to revert to going from Gatwick which is a lot busier and [there are] all the problems that are there now.

"I realised Southend was back in business at [the] last minute and booked it."

He said there was "hardly anyone" there which was part of the appeal of flying from a smaller airport. 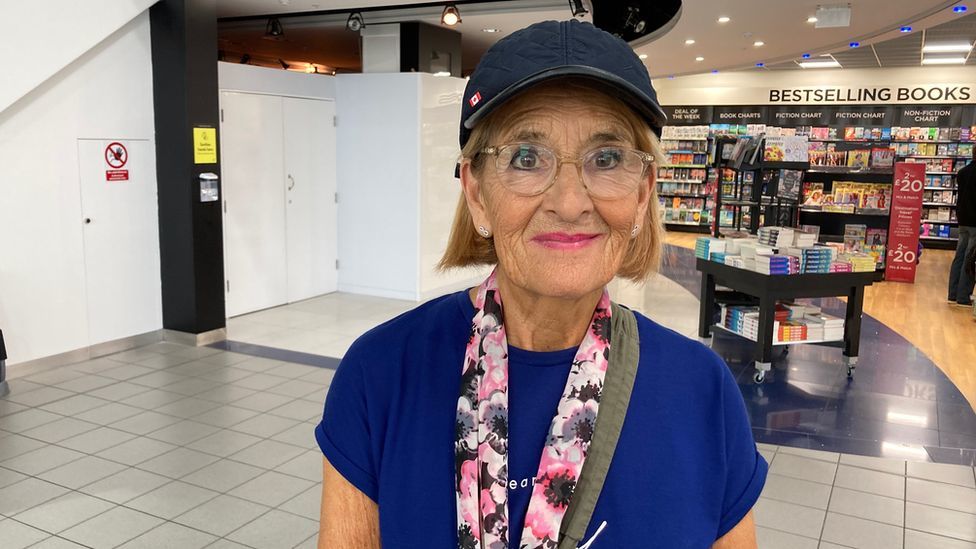 Mrs Siggs, 78, says: "It's smaller, so you don't have the crowds, [it is] so much easier to get through everything, and we just prefer it.

"We were disappointed when it was out of use with Covid, but now it's come back, [it's] great."