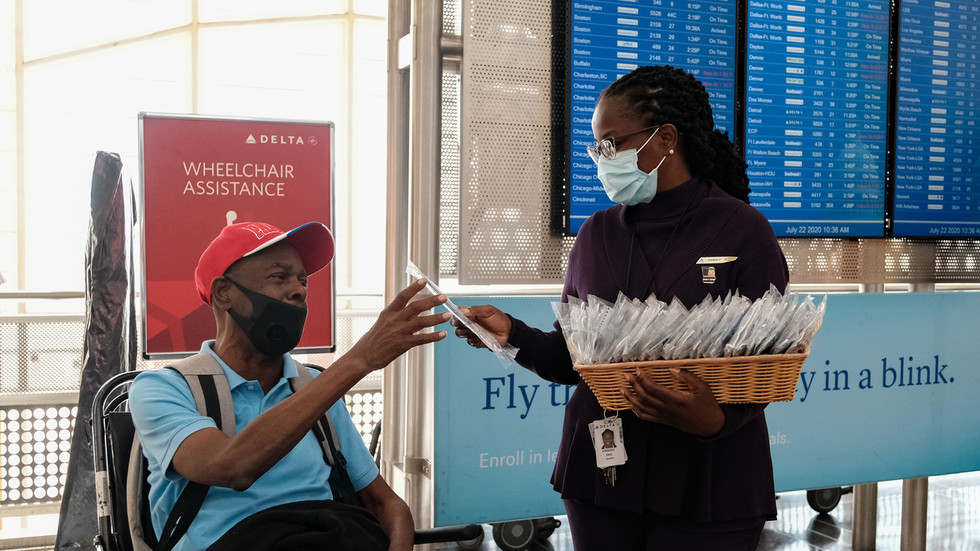 Disobedient and unmasked passengers could be barred from flying
Delta Air Lines requested a new “no-fly” list be put in place to bar unruly and combative passengers from future flights, according to a letter sent from the company’s CEO to US Attorney General Merrick Garland.

In the letter, seen by Reuters, Delta CEO Ed Bastian requests the government take action that “will help prevent future incidents and serve as a strong symbol of the consequences of not complying with crew member instructions on commercial aircraft.”

The airline CEO goes on to note that the current no-fly list contains a subset meant for persons deemed by the US government a threat to civil aviation.

Airlines have seen a spike in unruly passengers since the beginning of the Covid-19 pandemic, with numerous videos going viral of passengers getting into verbal and physical altercations over things like mask mandates.

In 2021, the Federal Aviation Administration (FAA) recorded nearly 6000 cases of unruly and disruptive behavior by passengers, with over 70% related to Covid-19 protocols like masking. This year, there have already been 323 reported disruptive passengers.

According to Bastian, 1900 people have been placed on Delta’s own no-fly list for refusing to comply with airline mandates, such as masking. More than 900 of those names have been given to the Transportation Security Administration (TSA) for potential future penalties.
#Joe Biden  #COVID-19  #Covid
Add Comment