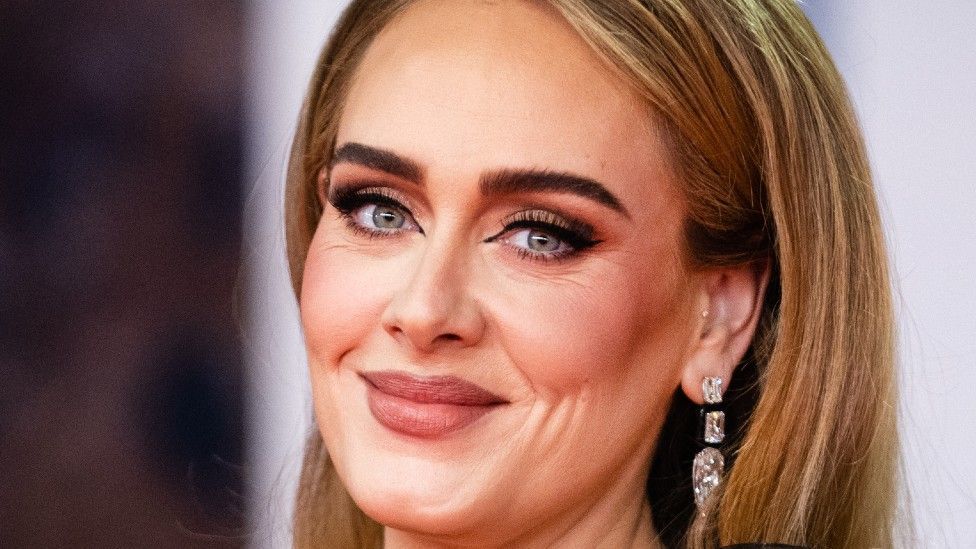 Adele has said the "brutal" reaction to the postponement of her Las Vegas residency earlier this year left her feeling like "a shell of a person".

In January, the singer scrapped her dates 24 hours before opening night, telling fans the show was not ready.

On Friday, she told fans the shows would be rearranged "very, very soon".

Speaking to Desert Island Discs presenter Lauren Laverne, the 34-year-old said: "I definitely felt everyone's disappointment and I was devastated and I was frightened about letting them down.

"I thought I could pull it together and make it work and I couldn't, and I stand by that decision."

She continued: "I'm not going to just do a show because I have to or because people are going to be let down or because we're going to lose loads of money. I'm like, the show's not good enough."

The singer, who released her fourth album in November, was criticised online after breaking the news in a tearful last-minute Instagram video that the Caesar's Palace shows would not take place as planned. 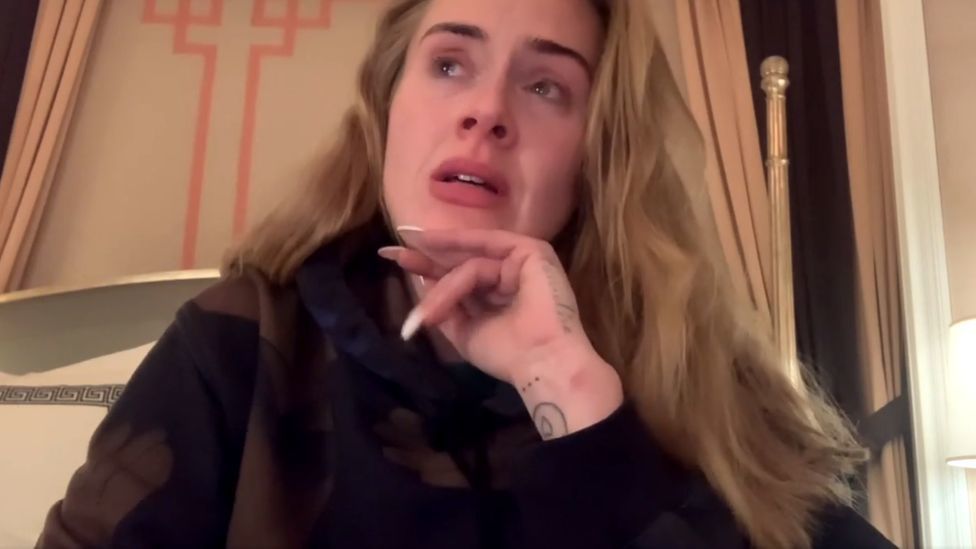 An emotional Adele addressed her fans online in January

"I was a shell of a person for a couple of months," she continued. "I just had to wait it out and just grieve it, I guess, just grieve the shows and get over the guilt, but it was brutal."

In February, Adele told TV host Graham Norton she was working hard with her team to prepare and confirm new dates, saying the Vegas gigs would "absolutely 100%" happen this year.

Announced late in November, the Weekends With Adele series was scheduled to see the singer perform two shows every weekend from late January until April.

The postponement meant her shows in London's Hyde Park on Friday and Saturday were her first proper ticketed concerts for five years.

She also told Laverne how exercising, which contributed to her weight loss, had helped her deal with her anxieties; and also spoke about her relationships with her partner, US sports agent Rich Paul, and her ex-husband Simon Konecki, with whom she has a son, Angelo.