"Accept Taliban, Do Not Support Them": Former Afghan President's Brother

In a short but wide-ranging discussion with NDTV, Hashmat Ghani also said India would have "no choice but to maintain a political relationship" with the Taliban

Hashmat Ghani, the brother of former Afghan President Ashraf Ghani, told NDTV on Sunday that he had "accepted" the Taliban to avoid instability, and that he had chosen to stay in the country to help in the transition period, but had not offered the group his "support".

Mr Ghani told NDTV that these were "very different things" and that his acceptance was to spare his country further political and economic problems - which he said had been underlined by the "devastating" departure of business leaders - following the Taliban taking control.

"I have accepted the Taliban but do not support them... 'supporting' is a very strong word. What happens once they are in control... that remains to be seen," Mr Ghani, a prominent businessman and the leader of Afghanistan's nomadic Kochi population, said.

"I don't think so. They (the Taliban) have shown courtesy to Afghan businesses. They keep saying they will allow women to work, we hear this from senior leaders... we hope they will," he said, when asked if there could be violence, particularly at the Kabul airport, after remaining western forces leave.

He also said that it is "important to bridge the divide in Afghan society" - that between the Taliban's social and cultural outlook and the contemporary world - and called on the educated classes to be open to the idea of working with the Taliban to restore the economy. 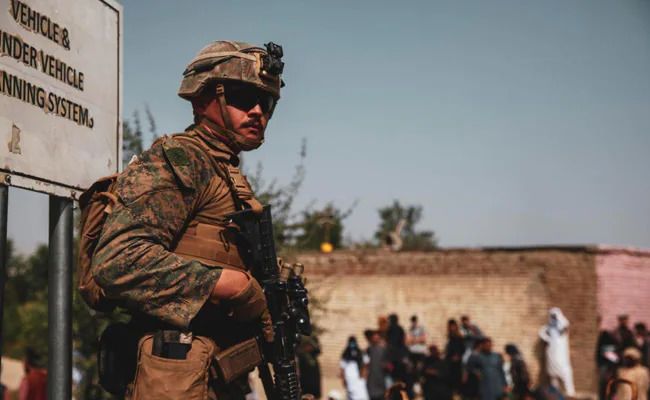 Mr Ghani's remarks comes as a video of him apparently pledging support to a Taliban presenting itself as a moderate version of the brutal group that ruled 1996-2001 was tweeted this week.

NDTV has not been able to independently verify this video.

"They (the Taliban) know security. They can handle that very well, but a government is more than security, and that's where the educated classes can help. I stayed back... to convince the educated and business community not to leave... The departure of business leaders is devastating," he said.

A 20-year war between the Taliban and US-backed government forces, a drop in local spending due to departing foreign troops and a tumbling currency are fuelling an economic crisis in the country.

The Taliban seized control of Kabul last Sunday following a staggeringly quick, and relatively bloodless rout of major cities in a 10-day period that followed the withdrawal of western troops.

Since then the hardline Islamist group has sought to project a softer front by claiming, for instance, that women will have rights, including to education and work, and that the media will be independent.

Taliban members - carrying guns - went door-to-door in major cities this week, witnesses told news agency Reuters, telling people to go back to work. While the visits were pitched as part of measures to revive a battered economy, many told Reuters it was also designed to instill fear of the new leaders. 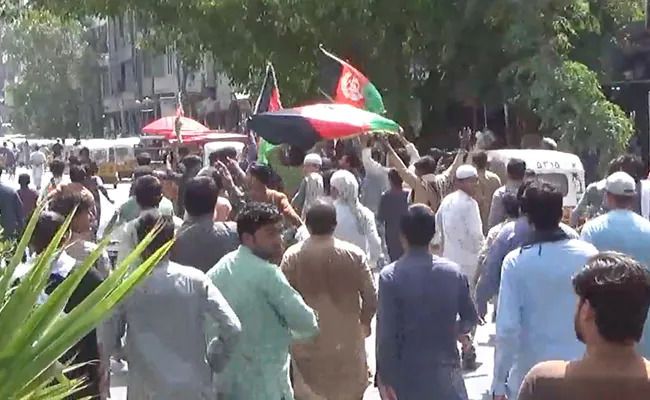 And violent response to protests, news a female Afghan journalist has been barred from working, and other door-to-door visits to flush out rivals suggest the 'moderate' stance may not last.

Mr Ghani, however, reiterated the Taliban's promise to allow human rights, specifically for women, and said he hoped that senior leaders will act on this once a functioning government is formed.

He also spoke about the US' decision to freeze nearly $9.5 billion in assets of the Afghan central bank; he criticised the move and said it denied Afghans access to money to rebuild their country.

In a short but wide-ranging discussion with NDTV, Mr Ghani also said India - which has so far adopted a 'wait-and-watch' stance - will have "no choice but to maintain a political relationship" with the Taliban.

He also hit out at Vice President Amrullah Saleh, who has joined hands with Ahmad Massoud, the son of an anti-Taliban fighter, to lead a military resistance that claims to have re-captured three districts.

Mr Ghani called Mr Saleh an "idiot" and said he had led his brother - against whom he claimed an assassination plot - astray. He also denied reports he stole money before fleeing.

"I was expelled from Afghanistan... I didn't even get the chance to take my slippers off my feet and pull on my boots... arrived empty-handed," Ashraf Ghani was quoted by news agency AFP.