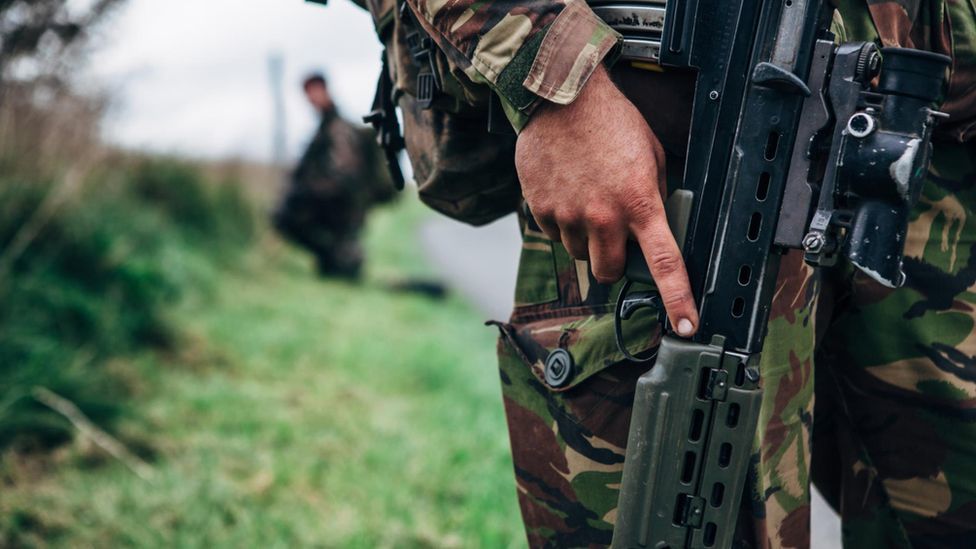 A small number of British soldiers have disobeyed orders and may have travelled to Ukraine to fight, the British Army has confirmed.

The soldiers were absent without leave and may have gone to Ukraine "in a personal capacity", the Army said.

"We are actively and strongly encouraging them to return to the UK," a spokesperson added.

All service personnel are banned from travelling to Ukraine until further notice.

Foreign Secretary Liz Truss has previously said she supports UK civilians who might want to go to Ukraine to help fight, and that it was up to people to make their own decisions.

But the government later clarified that the Foreign Office advises against all travel to Ukraine.

The Ministry of Defence says joining the fighting may be against the law and could lead to prosecution.

The Army statement follows a report in the Sun of a 19-year-old from the Coldstream Guards who left his Windsor barracks and bought a ticket to Poland at the weekend.

The Ministry of Defence has not confirmed the report but said soldiers travelling to Ukraine, whether on leave at the time or not, would face disciplinary consequences. 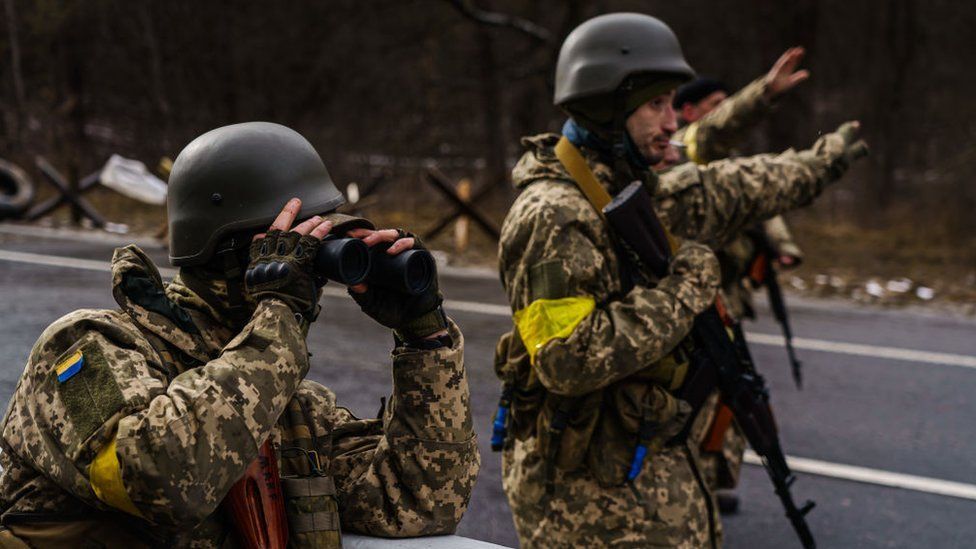 Last week serving soldiers were warned that heading to Ukraine in response to the Russian invasion also risked giving "the mistaken perception" to Russia that Britain had sent in troops to fight.

Hundreds of former British soldiers have said they want to go to Ukraine to fight or help with medical or humanitarian efforts. Many have told the BBC they are getting mixed messages from the government about whether they should go.

Ukraine's President Volodymyr Zelensky has urged foreigners to join what he calls an "international brigade". It is unclear how many people have responded to his calls, but hundreds of Britons expressed their wish to volunteer.

Although the UK has sent weapons to Ukraine to help it defend itself against Russia, it has repeatedly said it would not be sending British troops to fight in Ukraine.

The West has been clear that it would not engage in direct military confrontation with Russia and countries in the Nato military alliance - including the UK - have repeatedly rejected President Zelensky's calls to impose a no-fly zone over Ukraine.