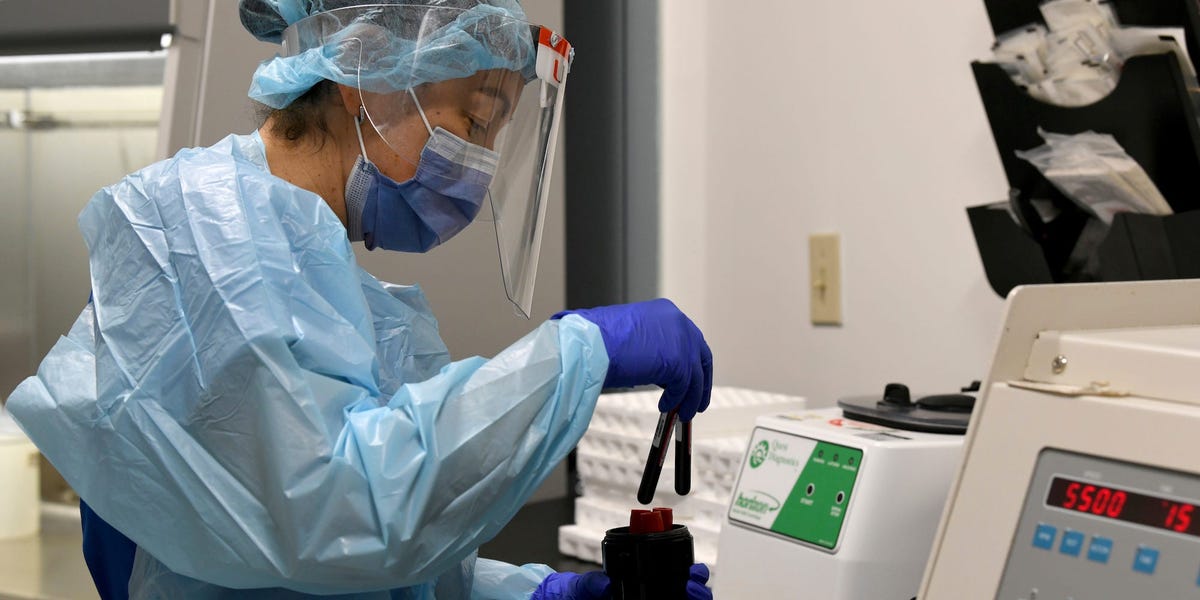 A Boston physician said he had a severe allergic reaction to Moderna's COVID-19 vaccine, the first reported case of its kind for the shot. Moderna is looking into it.

Dr. Hossein Sadrzadeh, of Boston Medical Center, told the New York Times he felt dizzy almost immediately after getting the Moderna COVID-19 vaccine.
A Boston physician on Thursday said he had a severe allergic reaction to receiving Moderna's COVID-19 shot, which was recently authorized for emergency use in the US.

Dr. Hossein Sadrzadeh, a geriatric oncologist at Boston Medical Center, told the New York Times he felt dizzy and his heart began racing almost immediately after getting the shot.

A spokesman for Boston Medical Center told the Times that Dr. Sadrzadeh was "allowed to self-administer his personal EpiPen" — an adrenaline auto-injector used in allergy emergencies — and was then taken to the emergency department, where he was evaluated, treated, observed, and discharged. "He is doing well today," the spokesman said.

Dr. Sadrzadeh has a severe shellfish allergy, which is why he carries an EpiPen.

It is believed to be the first documented case of a severe allergy linked to Moderna's vaccine, which the US Food and Drug Administration (FDA) gave an emergency use authorization on December 19. The vaccine began rolling out Monday.

A handful of people have had allergic reactions to Pfizer and BioNTech's shot, which is the only other COVID-19 vaccine authorized for use in the US. Regulators in the UK, where the shot is also approved, said in early December that anyone with a history of "significant" allergies to food or medicines should avoid the current Pfizer COVID-19 vaccine, after two people had reactions.

Reactions to Pfizer's shot appear to not be life-threatening, and data suggests the vaccine is safe for the vast majority of people with allergies.

Moderna spokesman Ray Jordan told the Times on Thursday that the company couldn't comment. On Friday, he said Moderna's medical safety team would look into the matter.

Centers for Disease Control and Prevention spokesman Tom Skinner said that the agency would post new information on vaccine reactions beginning next week.

Moderna's vaccine, which was designed in just two days, began reaching Americans early this week. Dr. Anthony Fauci, the nation's top infectious disease expert, was among those to get their first shot of the two-dose vaccine.

Pfizer and Moderna's vaccines are very similar in terms of their safety and efficacy. There may be slight differences in how they work in older people, but experts say more data is needed.

Because Pfizer's vaccine needs to be stored at ultra-cold temperatures, it will be distributed at larger institutions, while Moderna's vaccine may be more likely to reach smaller clinics and pharmacies.
#COVID-19  #vaccine  #Pfizer  #BioNTech  #Covid  #Vaccines
Add Comment