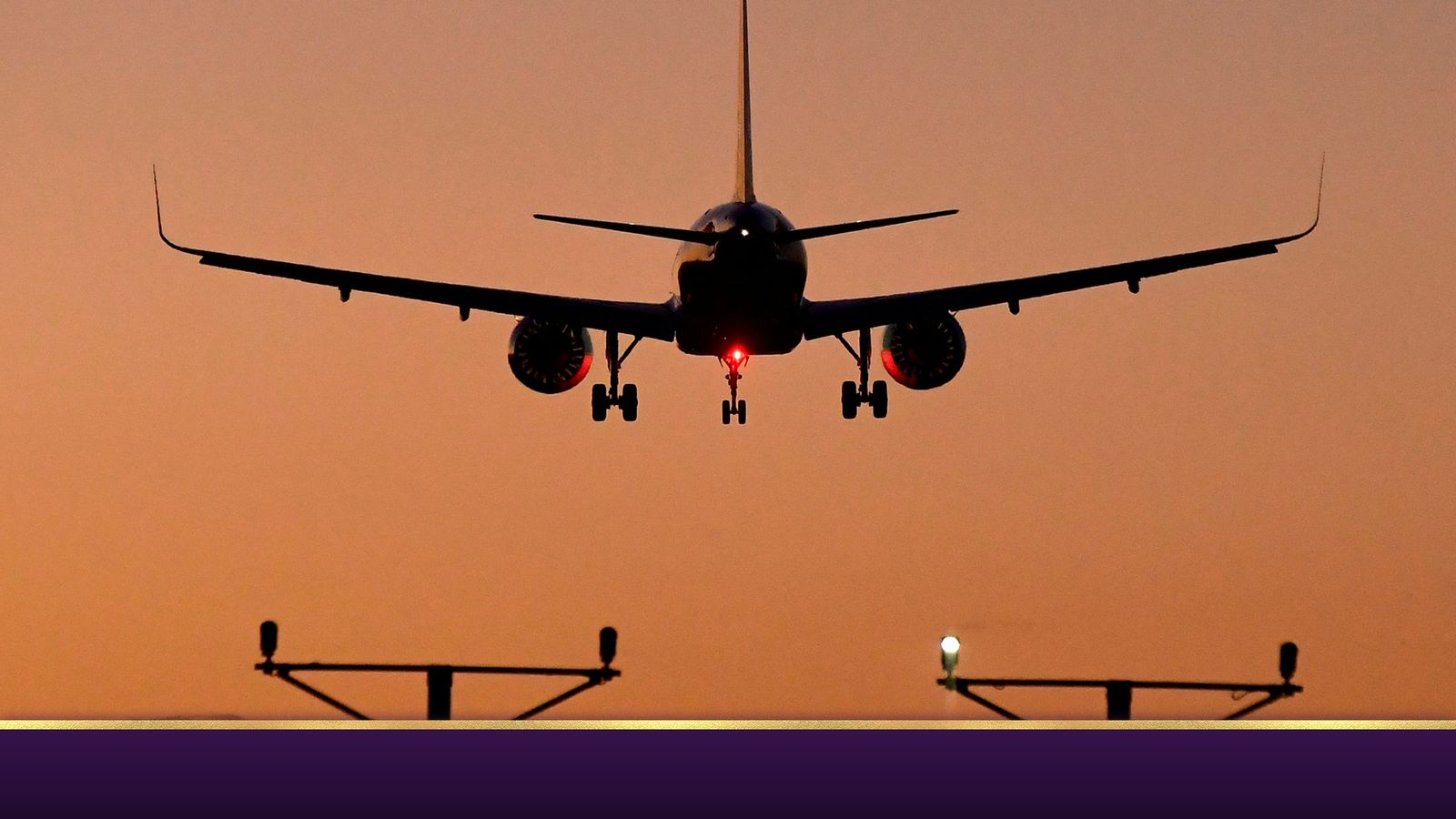 180 flights affected, with more than 100 cancelled, as Heathrow cuts schedule on day of Queen's funeral

Some 15% of Heathrow's schedule will be affected - equivalent to a moderate weather event.

Heathrow is adjusting its schedule for the day of the Queen's funeral, meaning 180 flights will be affected - including more than 100 which will be cancelled.

The UK's biggest airport said airlines had agreed to a number of changes next Monday, including:

• No aircraft movements between 11.40am and 12.10pm to support the two-minute silence at the end of the funeral

• No arrivals between 1.45pm and 2.40pm during the procession of the Queen's hearse

• No departures between 3.05pm and 4.45pm during the ceremonial procession via the Long Walk to Windsor Castle

• Reduced departures between 4.45pm and 9pm during the committal service at St George's Chapel.

Some 15% of the 1,200 scheduled flights will be affected, equivalent to a moderate weather event, the west London airport said.

The move is a "mark of respect for the Royal Family and Her Majesty the Queen, who has been a frequent traveller through Heathrow for over 70 years", a spokesperson added.

Passengers will be notified by airlines if their flights are affected, with the spokesperson saying they should not go to the airport in that case.

"We apologise in advance for the inconvenience some passengers will experience as a result of these exceptional circumstances," they said.

The Civil Aviation Authority has also announced flying restrictions in central London and Windsor on Monday.

Between 6am and 8.59pm, no aircraft, including drones, are allowed to fly below 2,500ft over the areas, where services will take place, including the funeral at Westminster Abbey and the committal service at St George's Chapel.

The CAA said: "The term 'aircraft' includes any small balloon, any kite weighing not more than two kilograms, any unmanned aircraft and any parachute including a parascending parachute or paramotor."

Flights under the control of the National Police Air Service, the Maritime and Coastguard Agency, the Helicopter Emergency Medical Services or the King's Helicopter Flight will also be able to go ahead.