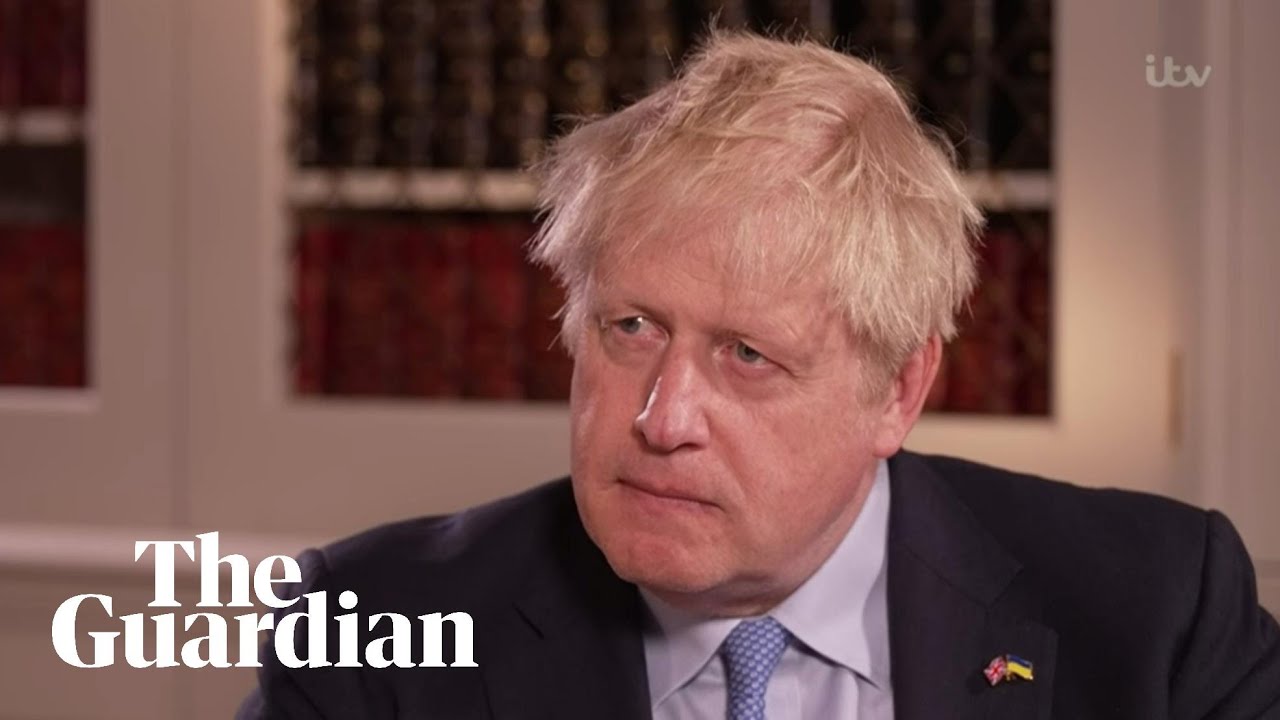 Britain’s cost of living crisis has another potent symbol: Elsie, a 77-year-old woman who found the cheapest way to keep warm was to switch the heating off, leave home and ride the buses all day using her pensioner’s freedom pass. Her story left Boris Johnson once again flailing in the face of everyday hardship.

According to the prime minister’s interviewer, the Good Morning Britain TV presenter Susanna Reid, Elsie’s gas and electricity bill had soared from £17 to £85 a month. She was losing weight, having already cut down to just one meal a day, and shopped only in the late afternoons when price-reduced “yellow sticker” items came on sale. 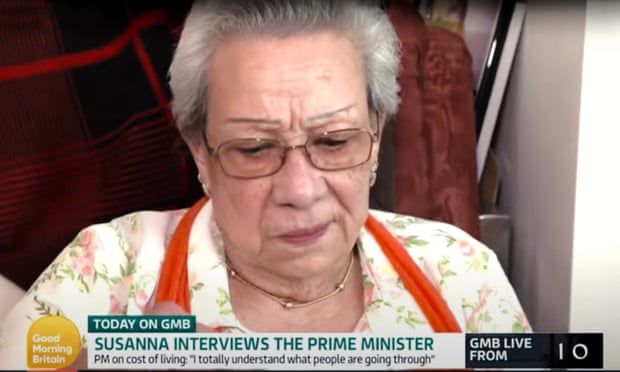 Elsie’s was just one of many “choices” that viewers told the programme they had been forced to make as they struggled with static incomes and rising costs, and there was not a lot more to be scrimped and saved. “What else should Elsie cut back on?” Reid asked the prime minister.

“I don’t want Elsie to cut back on anything,” replied Johnson. But he had little else to offer Elsie, who already received a warm home discount and did not qualify for a council tax rebate. Johnson boasted he had introduced the freedom pass. “So, Elsie should be grateful to you for her bus pass?” asked Reid frostily.

The exchange, according to Age UK’s charity director, Caroline Abrahams, showed the government had “no clear answers” for millions of pensioners who struggle when huge price increases overwhelm their fixed incomes. “Not good enough,” she tweeted. Labour called for a windfall tax on energy companies to cut fuel bills.

The consumer finance journalist Martin Lewis said Reid’s question powerfully highlighted how he, as a compiler of ingenious cost savings hacks for consumers, had run out of options and political intervention was now needed. “I pray the PM goes back to No 10 & ruminates on Elsie’s plight,” Lewis tweeted.

Taking long, cheap rides on night buses around the capital has long been an informal way of young homeless people ensuring they have somewhere to sleep, at least for a couple of hours at a time, but the public transport system is not especially known for offering a mobile living room service for pensioners.

Age UK was not aware of any one else who had used their freedom pass like Elsie. But it said it had received “lots” of accounts of pensioners drastically cutting back: turning off the heating, skipping meals or cancelling social activities, or even babysitting for grandchildren.

Haydn Watkins, 85, of Vernham Dean in Hampshire, said he was not yet at the point of desperation. “Am I managing? I’m probably halfway along the ‘managing’ spectrum,” he said. “I’m above the poverty line. But there is a sense things are going to get worse.”

Watkins has a state pension and a small teaching pension. From this comes an annual council tax bill of nearly £2,000. Electricity bills take more than 10% of his income. He is happy with eating two simple meals a day. But with below-inflation pension increases this year and rising bills in the offing, it was hard to see things getting easier soon.

For others, there was little scope for scrimping and saving. Rachel cares for her husband, who is bedbound and has Alzheimer’s, washing and changing him three times a day, with the washer and dryer in constant use. Her fuel bills are currently £270 a month, and because of her husband’s health they cannot be cut.

UK pensioner poverty had been falling since the early 2000s, said Christopher Brooks, Age UK’s head of policy, but it has seen a resurgence in recent years. The charity estimates one in six pensioners are in poverty (equivalent to about 2 million people) and their purchasing power is declining.

“There is a need to do something over the next few months to help older people to cope with price rises. We have been calling for a £500 one-off payment, paid to the same cohort of pensioners who received cold weather payments. This would cover most of the shortfall in the energy bills this year,” said Brooks.