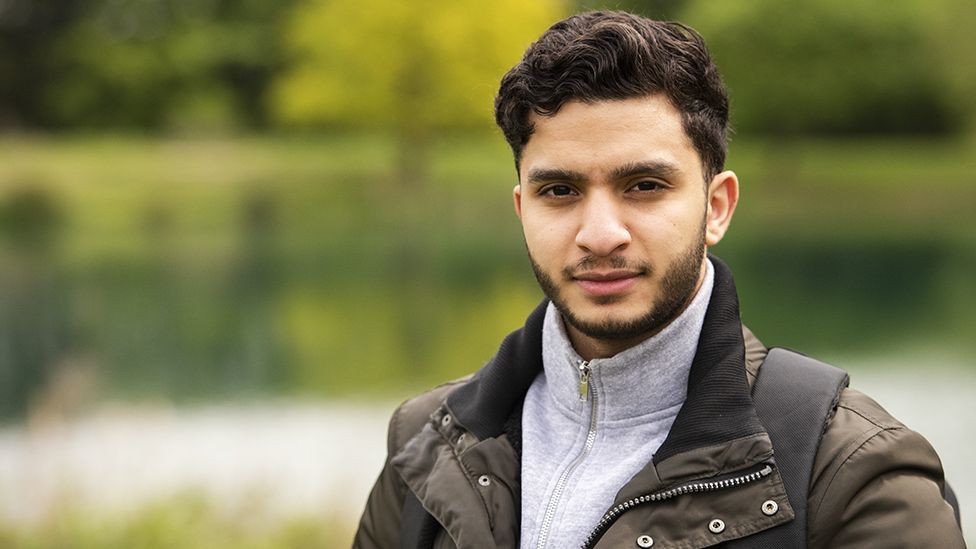 Why half a million people watch me study on TikTok

Exams are around the corner and the post-it notes are out. Past papers are up on screen and revision timetables are pinned to walls.

For Yehya Mougharbel, a 22-year-old business and marketing student at the University of Surrey, there's an added pressure. He's working to his own deadlines, of course - but he's also keeping 469,000 TikTok followers motivated to meet theirs, too.

A few times a week in his university halls, he props his phone up on his bedroom desk, turns the camera on and broadcasts himself live while he studies.

There's nothing especially out of the ordinary in the streams. There are none of the dances the app is so famous for, no memes, not even any chatter while he's working. Instead he looks ahead at his screen and presses play on a calming playlist, which is accompanied occasionally by the clacking of his keyboard when he glances down.

"People just enjoy watching me study," he says. "They study alongside me, and they feel less alone."

Yehya, who grew up in London, knows how this feels. He began filming TikToks of his daily routine just over a year ago, after a love interest told him he "didn't have his life together".

"That motivated me to create that sort of content to show her and others that living alone does take a lot of work behind the scenes that people don't usually see," he says, adding that, as a perfectionist who spends "too long" on tasks, he hoped filming them would make him more productive.

It was the study videos that really caught on, and soon he was gaining between 2,000 and 3,000 followers with every new stream.

"At first my main reason for doing those streams was for myself - for keeping me accountable and keeping me on track to get my work done. Once I saw people using it and finding it useful, then it just became a win-win situation," he says.

Yehya sends his followers notifications ahead of his streams, which he says are mostly in the evening, and timed around his own workload: "Once I even did 6pm until 6am, I believe. It was a 12-hour stream just because I had a deadline the following day."

More than 4,000 miles from Surrey, in St Louis, Missouri, 24-year-old Casey Keith tunes in twice a week to help her study for her medical degree.

She came across the videos when she was scrolling through TikTok while - in her words - "trying not to do any work". The in-person study rooms she usually went to with her friends were closed because of Covid, and she developed a habit of procrastinating while learning from home.

Yehya's videos stood out in her feed. The whiteboard propped up on his desk urged her to stop wasting time scrolling, and to knuckle down and study with him.

"I said 'OK let's try this'," she says. "I just went and started studying because the book was open right in front of me." 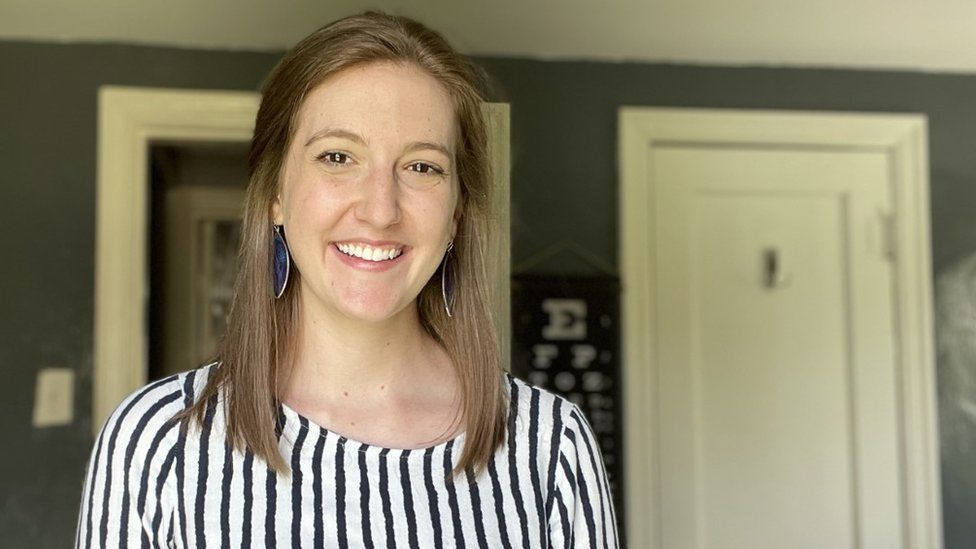 Casey Keith tunes in to stop herself scrolling on TikTok

"It is so nice to have somebody there right next to you to kind of help motivate you," she says.

"I think one of the major things that is the best for me is that I can't physically speak to him. I can't turn to him and say, 'I don't want to do this any more, I'm over it, I just want to eat dinner and go to bed'.

"Sometimes it can get difficult and sometimes I'm ready to finish, but just watching him inspires me to keep going."

Dr Leigh-Anne Perryman, senior lecturer in the Institute of Educational Technology at The Open University, says studying totally alone "can lead to procrastination and a lack of motivation", whereas having a study buddy can provide a useful "low level of distraction".

"Before the pandemic it was common for people to study in a library, silently, alongside others, or in a café - gaining that low level of distraction. The pandemic made that impossible for many people," she says.

"These kind of live streams and videos offer an easily accessible and safe alternative, and habits that began in the pandemic appear to have continued, now that face-to-face interaction is becoming more possible."

Yehya and his followers are not the only ones using TikTok to help with learning.

Yehya studies using the Pomodoro technique, which involves working for a certain amount of time (he uses a timer to count down 50-minute slots) and then taking a break (in his case, 10 minutes).

During the break he gets much-needed coffee refills and takes loo breaks. But he also talks to his followers, answering questions that pop up in the comments, about everything from which snacks he's eating to where he buys his study equipment. And there are questions about the bear, Herbert, which can sometimes been seen on his bed.

For Claire Cashman, a 25-year-old law student in the UK, these breaks make all the difference. Like Casey, she had been scrolling "aimlessly" on TikTok when she was drawn into Yehya's stream by the music he was playing.

"I have a soft spot for classical music and movie scores. I think it was two cellos playing at the time and that reeled me in," she says. "The minimalistic set-up, lighting and whole studying vibe made me want to stay until the break when he chats to the viewers. I've rarely missed them since."

Yehya's streams started as a way to impress a love interest and improve productivity. The former may not have worked out, but the latter did. Yehya now finds himself surrounded by an online community, and is better able to focus.

He's coming up to the end of his own course, but hopes to do a master's degree - which will mean more online study sessions: "It is pretty energising to see someone else join you and do work alongside you."