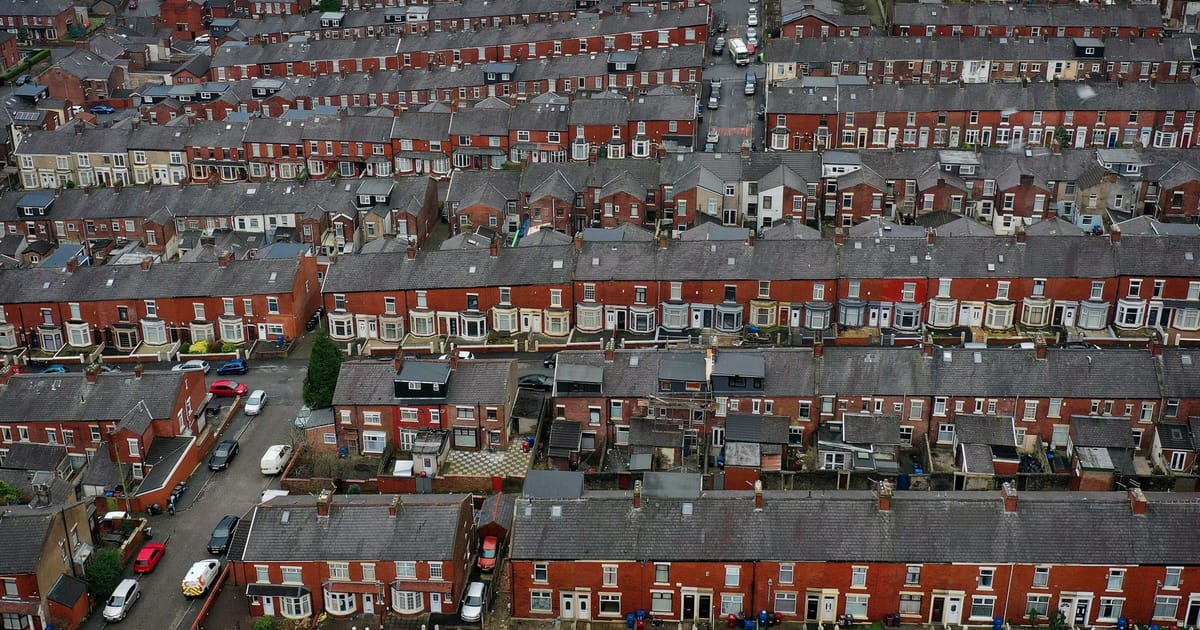 Why a housing crash scares Britain like nothing else

Warnings of an interest rate shock spell trouble for millions of households.

Even in the midst of a full-blown financial crisis, so much of British politics is about home ownership, in the end.

Following an extraordinary slide in Sterling and panic in the gilt markets in the wake of Prime Minister Liz Truss’ tax-cutting "mini-budget," the Bank of England announced emergency measures Wednesday to prop up ailing pension funds and stabilize the U.K. economy.

But while markets pore over currency and bond prices and mull the implications for the complex global financial ecosystem, for a large number of heavily-indebted Brits, it is a different set of figures that matter most — those related to house prices, and mortgage interest rates.

“I can't think of anything worse for Conservative economic competence than to be responsible for everybody's mortgage bills going up chaotically thanks to a recklessly-delivered speech,” said Giles Wilkes, a former government adviser who is now a senior fellow at the Institute for Government and partner at Flint Global.

Britain is a nation where land has always mattered. For centuries, only the landowning classes were permitted to vote, and even over recent decades, lawmakers have been careful to heed the old adage that an Englishman’s home is his castle. In the 1950s, Housing Minister Harold Macmillan was catapulted up the Cabinet ranks and into Downing Street on the back of a successful housebuilding program. In the 1980s, Margaret Thatcher reaped the electoral rewards of allowing millions of social housing tenants to buy the homes they were living in.

But prices have spiraled dramatically over the past 20 years, and Brits are now saddled with huge household mortgage debts. According to market data company Statista, the U.K. topped a Europe-wide list of outstanding residential mortgage lending at the end of 2021. And this new generation of homeowners has only ever known the rock-bottom interest rates that were normalized following the 2008 financial crash. For millions of households, the prospect of a sudden hike is daunting.

“[People] care desperately about their houses," Wilkes said. "The mortgage repossession crisis of the early 1990s stained the Tories for years because that was just brutal, people just not being able to afford the house they actually live in.”

With the Bank of England now all but certain to hike rates dramatically in an effort to tackle rampant inflation, Brits are anxiously checking mortgage agreements and calculating their household exposure. Dire warnings abound of a collapse in house prices; of home repossessions; of deep cuts to household spending triggered by spiraling mortgage bills.

The mortgage market saw hundreds of products withdrawn overnight on Tuesday in the expectation of a rate rise, dramatically lowering the choice of rates for those buying or remortgaging, according to the financial information service Moneyfacts.

The political implications of a mortgage crisis could be devastating for the ruling Conservative Party.

“It's absolutely toxic, not least because this is very 'core Tory,'" Wilkes said. "They aspire, and their goal in life is to buy one of these new houses and get a job and pay their way."

“Many people will face financial ruin,” added one former Tory MP, who was working in Westminster at the time of the "Black Wednesday" Sterling crisis of September 1992.

“If you are somebody with a mortgage who voted Conservative in 2019, maybe the first time that you've ever done it — well, you're not going to be voting for the Conservatives again.”

MPs are already reporting a steady stream of emails from worried constituents. This in turn is causing real jitters in parts of the parliamentary party, with one former Cabinet minister reporting mortgage rates were a “big, big concern” this week on the messaging groups of Tory MPs.

Their fears may well be founded given the considerable numbers who could be affected by a sudden and large rate hike.

Of the estimated 24 million households in England, 15.5 million (65 percent) were owner-occupiers in 2020-21, according to the government's English Housing Survey. Of these, 35 percent of households were outright owners, while 30 percent were buying with a mortgage.

Money-market predictions that the Bank of England base rate could almost treble to 6 percent next year would therefore leave millions of people badly exposed. 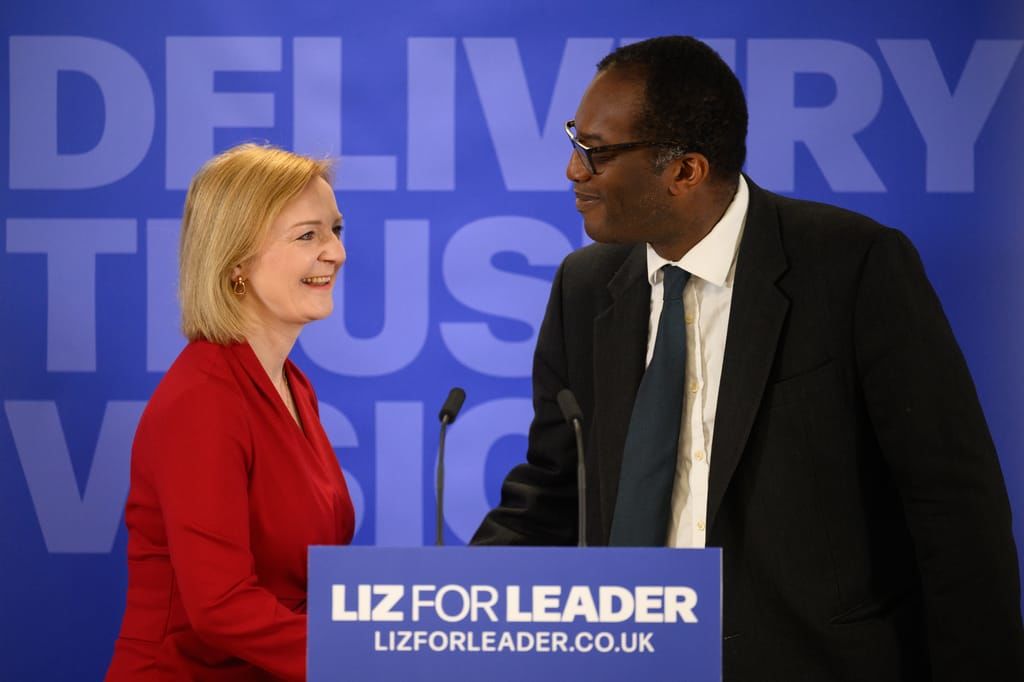 Neal Hudson, a housing market analyst and visiting fellow at Henley Business School, warned such a rise could see mortgage payment affordability hit similar “stress levels” to those seen ahead of the two most recent housing market downturns, in the late 1980s and late 2000s.

“There's a real risk of housing market activity collapsing, and potentially also price falls, and neither of those are particularly good for the housing market generally, or for the wider economy,” Hudson said. Capital Economics and Credit Suisse both estimate house prices could fall by between 10 percent and 15 percent in 2023.

And as tends to be the case in this type of crisis, not everyone is going to feel the pain equally.

Ben Zaranko from the Institute for Fiscal Studies think tank said the government was essentially redistributing away from those who have benefited from low interest rates toward higher earners who will benefit disproportionately from the tax cuts introduced by Truss' Chancellor Kwasi Kwarteng.

There would be “a shock” coming for “people who earn not an enormous amount, but have been able to borrow at a lower rate, which supports a better lifestyle — things like having a nice car and going on holiday,” he predicted.

Robert Colvile, director of the center-right Centre for Policy Studies think tank, said the picture will be very different for the significant number of — largely older — people who now own their homes outright.

“If interest rates go up and house prices come down, the people who will suffer very probably are younger people, people who are still paying mortgages, who are going to have to refinance, who are refinancing on an asset which is worth less," he said. "You even have the specter of negative equity."

Renters may not emerge unscathed either, Les Mayhew, a professor of statistics at Bayes Business School, points out.

Buy-to-let landlords are set to be hit by rising mortgage rates too, he said, and could raise their rents substantially in order to stay afloat.

While the sharp shock is causing alarm, many think this has been a long time coming.

House prices have been “defying gravity” driven by longer mortgage terms and years of low borrowing rates, Mayhew, who is also head of global research at the International Longevity Centre, warned. On the supply side, a lack of housebuilding and an aging population refusing to downsize have further driven up prices.

“In the short term, I would say we are long overdue for a crash. We've now reached this point where interest rates have gone up higher and you can't have infinitely long mortgage contracts. There are not many levers or mechanisms left to pull,” he warned.

“There will be an adjustment, whether it will be a big one or a small one, it's very hard to tell,” he said.

Colvile agrees there is a big difference between house prices simply coming off the boil and the predictions of prices plummeting.

A 10 percent fall would only take people back to prices in August 2021, he points out, and the constituency for higher house prices in the U.K. is “pitifully small,” with opinion polls suggesting most people want prices to come down.

But most agree there are far better ways to deliver affordable homes.

“Obviously it is a much better thing if house prices go down because we have suddenly built more houses, than because there is a sudden economic calamity,” Colvile said.