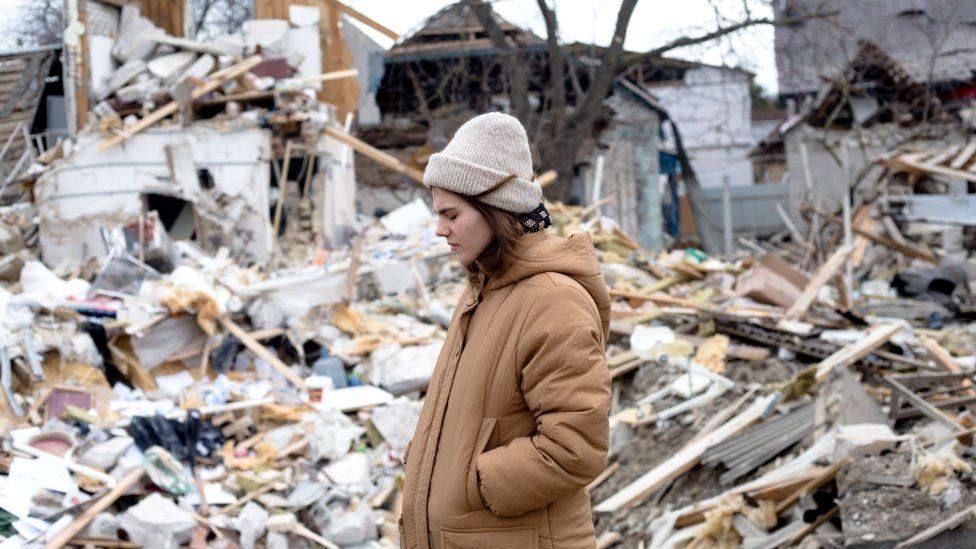 Russia's invasion of Ukraine has sent shivers of fear through many of its neighbours - from the Baltic states to Moldova.

Finland ought theoretically to be safe, since it has historically been neutral and gave Stalin's Soviet army a hard time when he invaded the country in 1939.

There has never been much support here to join the Nato military alliance. But when the spokeswoman for the Russian foreign ministry recently warned Finland and Sweden explicitly that any move towards Nato could have military consequences, people in both countries were deeply shocked.

Since then, Russian warplanes have blatantly intruded into Swedish airspace.

If being neutral is not sufficient to guard against Russia, people here are saying that maybe joining Nato will give the two countries the protection they need.

This represents a major change of mood. In Finland, particularly, relations with Russia were thought to be pretty good.

The Ukraine invasion has changed everything.

A few days before the Russian troops moved in, Aleksi Salonen and Sampo Muhonen, a couple of geeks - their own description of themselves - were sitting in a Helsinki flat gaming. During a pause, they started talking about the growing threat from Russia, and agreed that it would be safer for Finland to apply for Nato membership.

They mentioned the idea to three friends online, and between them the five cooked up a plan to collect signatures for a petition to the Finnish parliament.

They had touched a nerve in the Finnish population, and now the matter will be put to the government. The latest opinion polls indicate that a majority of people support the idea.

Finland is a cautious country, and its government is particularly so. When I asked Defence Minister Antti Kaikkonen for his views, he was careful not to give an answer. He acknowledged the situation was difficult, but said that joining Nato was something that required very careful consideration.

Perhaps the Finnish government wants to see what happens in Ukraine before it makes up its mind. Clearly the Russians won't invade another country when their hands are full with the fighting in Ukraine. 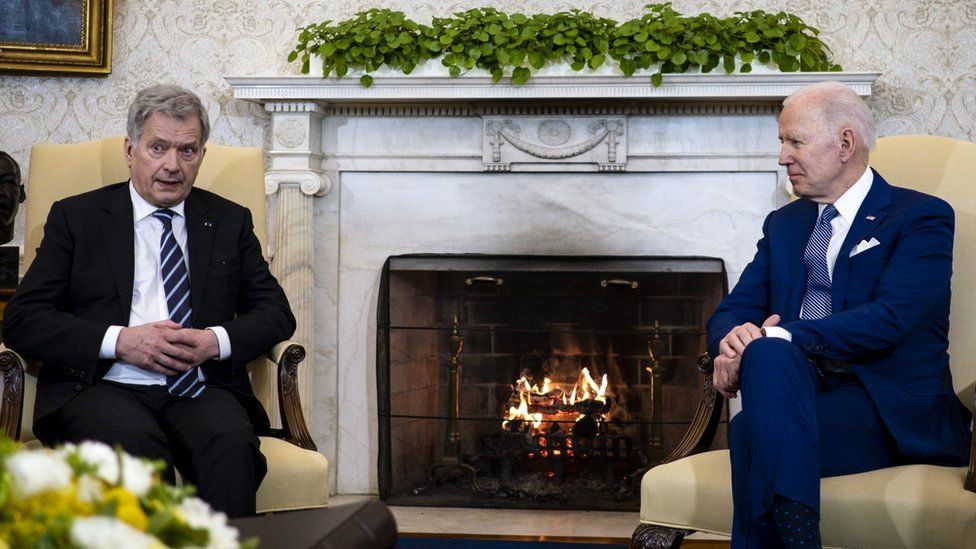 Viewed from Finland, there are some striking similarities between the attack on Ukraine and the invasion of Finland in 1939 - the Winter War, as it's known.

Joseph Stalin, full of self-confidence, sent his army into Finland only to find that its resistance was far greater than his generals had assured him. The Finns staged a largely guerrilla war against an army which was huge, but whose morale had been seriously damaged by the treason trials of a year or so earlier, in which the majority of the most senior figures were purged and executed.

The Winter War dragged on for months before negotiations finally began and an agreement was reached. Russia took some territory from Finland, but the Finns kept their independence - and have done so ever since.

The invasion of Ukraine has similarly been mismanaged. The logistical side was botched from the start, with too little fuel, food and water supplied to the troops - many of whom had been assured they were only carrying out an exercise.

Western analysts say even maps were in short supply, with tank drivers often having to stop to get directions. This was not by any means a Blitzkrieg, and the prerequisite for any modern war - the destruction of the enemy's communications - simply never happened.

None of this means that President Vladimir Putin won't win in the end.

He has already assured France's President Macron that he will go on until he takes the whole of Ukraine. The danger is that if he cannot do it with his conventional forces, the temptation will be strong to use his tactical nuclear weapons to force Ukraine to surrender.

Russian nuclear theory seems to regard this as an acceptable risk; Western experts are much more worried by the possibilities. There can be no certainties if that threshold is crossed.

Russia claims to have invaded Ukraine because it wanted to save the Ukrainian people from neo-fascism. What President Putin really seems to want to ensure - apart from avenging what he sees as Ukraine's treachery in breaking away from Russia - is that there is no question of Ukrainian President Volodymyr Zelensky joining Nato.

In fact, that genuinely doesn't seem to have been a possibility within the foreseeable future.

But there is a real irony in the fact that the war in Ukraine now seems to be giving Finland - and perhaps Sweden - real cause for considering whether they should join the Western military alliance.