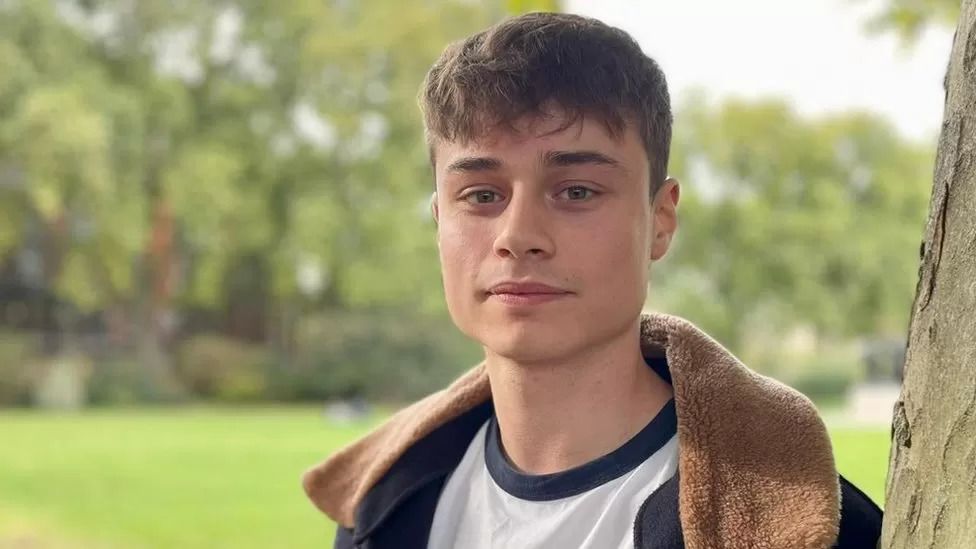 Students should register a "trusted contact" when they start university, according to new guidance.

Bereaved loved ones say universities need to act on their policies.

The law allows organisations to share personal data in an emergency, and the guidance says most universities already have some sort of system in place for contacting next of kin in such situations, even without the student's agreement.

But this is the first time all universities have been asked to get in touch with loved ones if there are concerns. 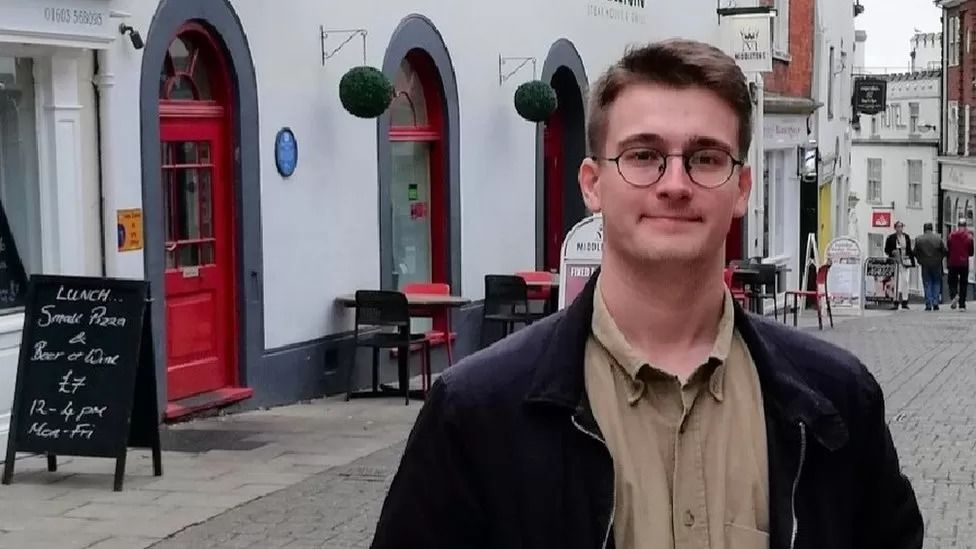 Mr Brennan-Hulme, who died at the age of 21, was described as "incredibly outgoing" and caring

UUK say universities need to be proactive when it comes to preventing student suicides.

Theo Brennan-Hulme, who had Asperger's syndrome and a history of self-harm, died while studying at the University of East Anglia in March 2019.

He had given UEA permission to contact his mother with any concerns, his friend and flatmate Callum Dineen, 22, told BBC News, but this did not happen.

UUK's guidance aims to make rules clearer so universities have more confidence about when to act, which Mr Dineen said would have made a difference.

"UEA did have that policy and they didn't use it well, or at all," he said, adding the university had since improved its services and policies.

UEA said it did not comment on individual cases but welcomed the focus on information sharing, adding it had introduced a policy asking students for advance consent to contact their loved ones.

UUK's guidance says staff "should make every reasonable effort to secure consent" but "there are some circumstances in which a university can and should share information with emergency services and with trusted contacts, even where they have not been able to secure consent".

It also asks universities to:

*  check in with students and keep their contacts up to date


*  give students examples of when they may decide to involve contacts

Official estimates suggest 64 students killed themselves in England and Wales in the 2019-20 academic year.

Since 2016, the student suicide rate in England and Wales has been significantly lower than among the general population of similar ages. Suicide rates are generally higher in men than women.

But the student rates are only estimates, leading some parents to call for legislation for universities to report the annual number of student suicides. 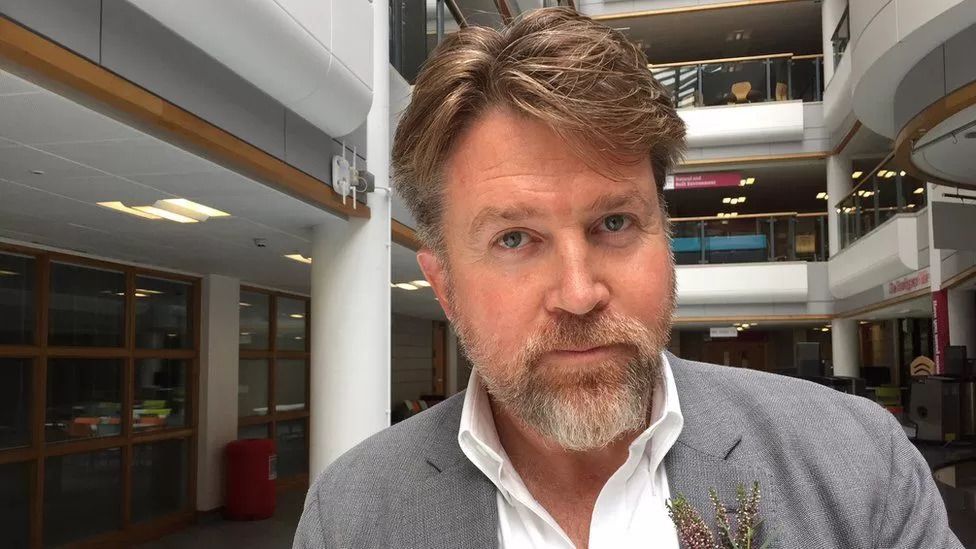 James Murray was not warned of his son Ben's deteriorating mental health while he was at the University of Bristol. Ben killed himself in May 2018.

"Why on Earth wasn't I called? Maybe I could have done something," James told BBC News.

He wants universities to have legal "duty of care" towards students when it comes to their mental health.

"This is not about meddling parents. The overall goal is the prevention of future deaths within the student community," he said.

UUK president and University of the West of England vice-chancellor Prof Steve West said universities had a duty of care around health and safety, and equality and diversity.

But he said: "There isn't a legal framework for that for universities, for [their] students, in terms of mental health."

Bob and Maggie Abrahart, the parents of Natasha Abrahart, who killed herself in April 2018 while at the University of Bristol, are concerned that institutions may not take up the recommendations.

"Even those that do uptake them may not apply them properly, because there's no requirement to actually do what it says on the tin," Mr Abrahart told BBC Radio 4's Today programme.

Since Ben and Natasha's deaths, the University of Bristol has introduced an "opt-in" programme now used at about 30 universities, including UEA.

As well as being able to contact a student's next of kin in an emergency, the university asks students to give "advance consent" for it to share information about their wellbeing with their contacts if they have concerns.

The university said it had learned from Ben's death and the policy had had a "positive" response. In 2021-22, contacts were involved 98 times.

Asked why UUK was not asking all universities to have "opt-in" programmes, Prof West said: "Those students who don't opt in are often the students who are most vulnerable."

The UUK guidance is not mandatory and universities cannot make students give "trusted contacts".

UUK has also published a checklist to help universities support students on placement, with the help of Izzy de George, whose brother Harrison killed himself in December 2020, while studying at Manchester Metropolitan University (MMU) to be a teacher. 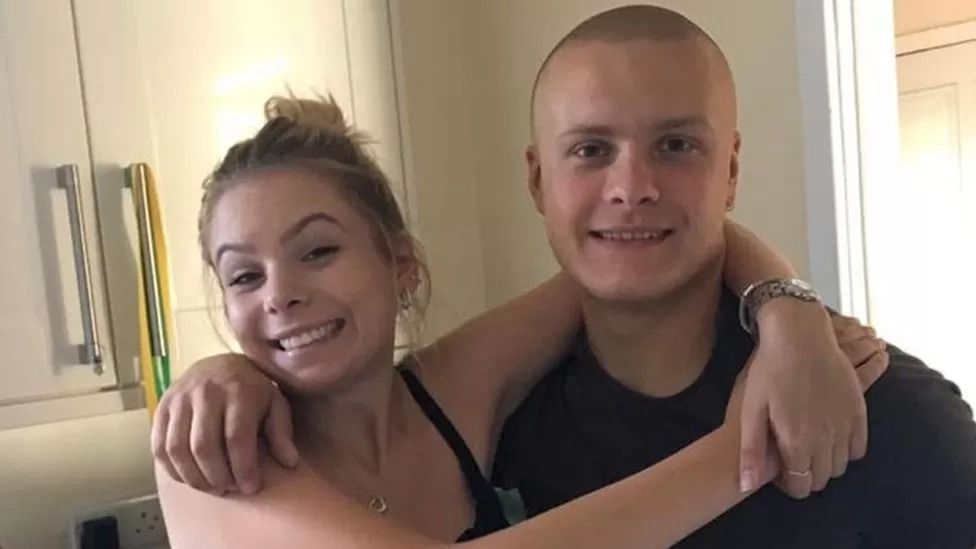 Ms De George welcomed the phrase "trusted contacts", which could mean friends or housemates, telling BBC News contacting some students' parents could be "almost the worst thing to do".

She would continue campaigning, she said, because "suicides are preventable", adding: "If I can just stop one suicide, that's basically what keeps me going."

MMU said it had "re-emphasised the importance", following Harrison's death, of communications between placement providers and the university if there were wellbeing or attendance concerns.

The National Union of Students welcomed UUK's guidance but said universities must ensure policies did not deter those "already less likely to disclose a mental health condition", such as lesbian, gay, bisexual or transgender students and people belonging to ethnic minorities.

The British Association for Counselling and Psychotherapy said it was "a positive step that universities are proposing consistent practice for the first time", but feared "this might be a tick-box exercise in managing risk for some institutions".

"What is really needed is more investment in support services," it said.

The Department for Education said it expected all universities to "engage actively with suicide prevention", and had asked for £15m to be allocated for student mental health.