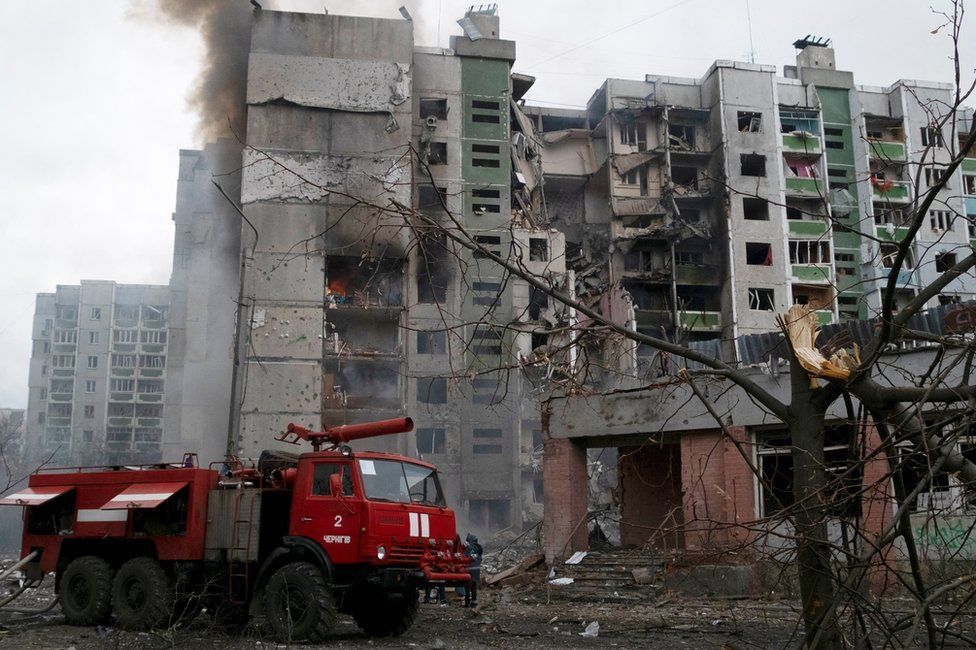 A projectile hit a building near one of the six reactors at the Zaporizhzhia plant overnight, causing a fire that was later extinguished.

The global nuclear watchdog said none of the reactor safety systems were affected and there was no release of radioactive material.

"For the first time this morning, I'm frightened," said Prof Claire Corkhill of the University of Sheffield. 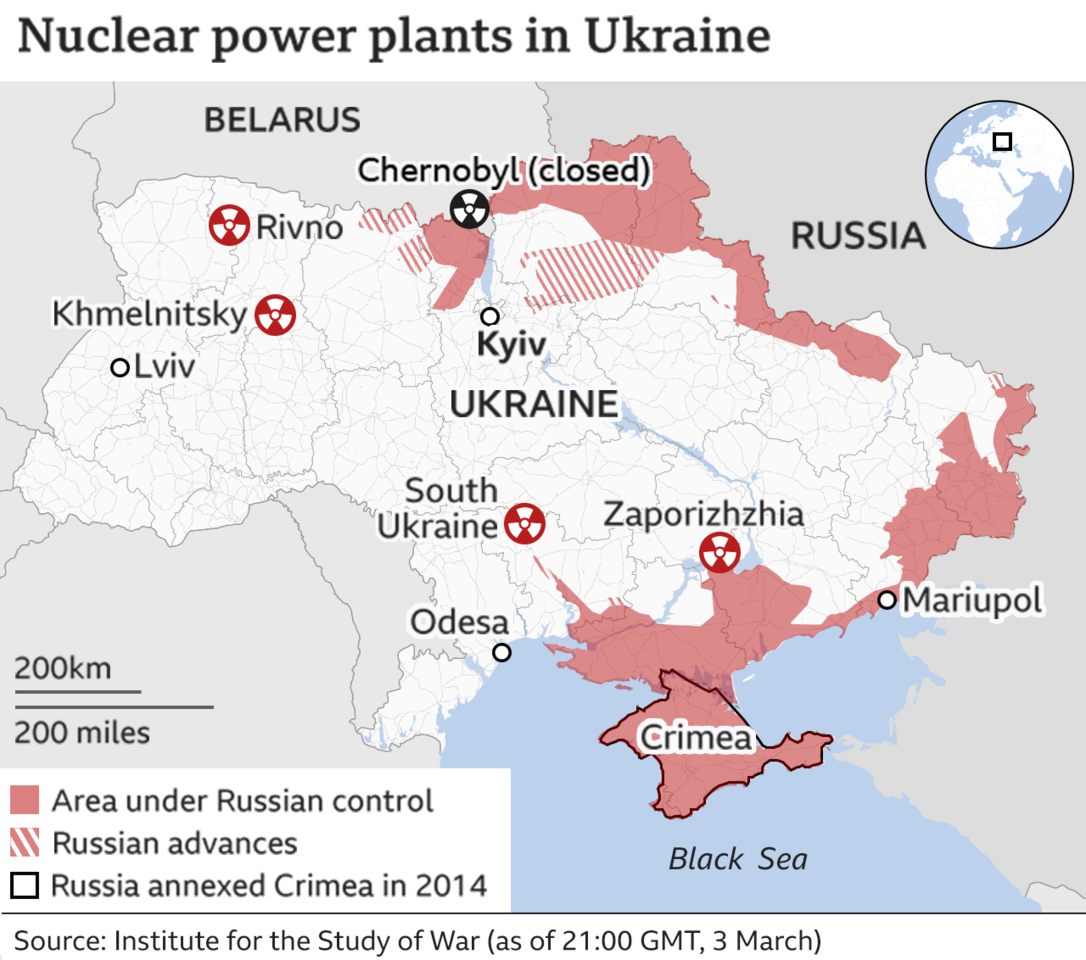 Why the south matters

Russian forces captured the Zaporizhzhia plant as part of an advance into southern Ukraine that appears to have been more successful than those in the country's north and east.

The BBC's Ben Tobias says Russia sees the south as vital to the success of the invasion.

Its soldiers have moved into the region from Crimea, which was annexed from Ukraine in 2014 and is home to a sizeable Russian military presence.

Kherson - which is located where the Dnieper river meets the Black Sea - became the first major city to fall to Russian troops on Thursday.

They are also moving east towards Mariupol and west towards Odesa, threatening to cut off Ukraine's maritime access.

'Why are they bombing us?'

Russian forces have also stepped up their bombardment of northern cities.

"There are no military targets here, there is only a cemetery, residential buildings, clinics and a hospital, why are they bombing us?" Svitlana, 40, told the BBC on Friday, as she hid under her dining table with her two children, aged six and three, and her neighbours.

The BBC's Sarah Rainsford found frightened residents of Ukraine's second city of Kharkiv sheltering in a metro station, hiding from the bombs and shells.

"These are mostly Russian speakers, their city is 40km from the Russian border and they don't understand why Russia is attacking them," she said.

"One old lady, who's spent days sleeping inside a train carriage, living off hand-outs and too scared to surface onto the street, told me people in Kharkiv even respected Vladimir Putin before all this - as president of another country - but not anymore. She was furious."

Maria Korenyuk and Jack Goodman of the BBC World Service Disinformation Team spoke to a woman in Kharkiv who has been unable to convince her Moscow-based mother that civilians are being killed in Russian attacks.

"Even though they worry about me, they still say it probably happens only by accident, that the Russian army would never target civilians. That it's Ukrainians who're killing their own people," said Oleksandra, 25.

She believed her parents' understanding of the conflict is down to the stories they are told by the official Russian media.

Meanwhile independent journalism is Russia is being severely curtailed, with some of the last remaining outlets closing.

The BBC was also forced to suspend its operations in Russia on Friday, after Russian authorities introduced new rules threatening journalists with prison sentences.

Director General Tim Davie said the BBC News service in Russian would continue to operate from outside the country.

The manager of Moldovan football club Sheriff Tiraspol, Yuriy Vernydub, has left his position to return to his native Ukraine and enlisted to help defend it.

Vernydub, 56, who masterminded a shock Champions League win against Real Madrid last year, told BBC Sport that he was "not afraid".

"My son called me at 4:30am and he told me the Russians attacked us. I knew then that I would return to Ukraine to fight," he said.