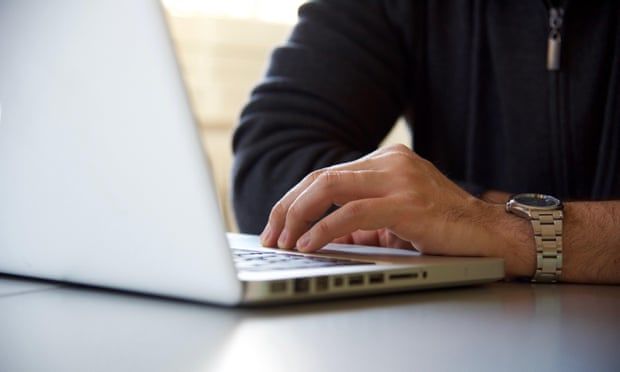 Letter signed by several MPs urges better enforcement of transparency law, as government accused of obstructing requests
More than 100 journalists, politicians and campaigners have signed an open letter warning that the UK’s freedom of information (FoI) laws are being undermined by a lack of resources and government departments obstructing lawful requests.

The signatories include the editor-in-chief of the Guardian, Katharine Viner, the editor of the Observer, Paul Webster, as well as the shadow solicitor general, Andy Slaughter, the former Brexit secretary David Davis, and the former Green party leader Caroline Lucas.

The letter, which was coordinated by the online news organisation openDemocracy, is addressed to the new information commissioner, John Edwards, who is responsible for enforcing FoI law, which grants members of the public the legal right to request official information from public bodies.

Edwards’ organisation, the Information Commissioner’s Office (ICO), reviews complaints against public bodies that have refused FoI requests and can order them to release material if they have failed to comply with the law.

However, there is growing concern among journalists and researchers that the UK’s FoI system is increasingly being frustrated by under-resourcing and deliberate non-compliance by government departments.

The Campaign for Freedom of Information recently reported that backlogs at the ICO had become so extensive that it was taking an entire year for case officers to be assigned to review complaints.

Last year a judge accused the Cabinet Office of having “misled” a tribunal about the operation of an alleged blacklisting system for FoI requests from journalists, called Clearing House, and described a “profound lack of transparency” surrounding the unit.

The open letter calls for the ICO to assign more resources to FoI casework, monitoring of public bodies that fail to comply with the law, and stronger enforcement protocols for government bodies that repeatedly flout the law. It also recommends the extension of FoI to cover private companies that provide public services.

“As the British public is still being kept in the dark over Partygate, the importance of transparency has rarely been more obvious,” said Peter Geoghegan, the editor-in-chief of openDemocracy.

“FoI is a key tool for holding public bodies to account, but currently the Information Commissioner’s Office is not ensuring that the Freedom of Information Act delivers. We welcome the new information commissioner’s listening exercise and are keen to share our views on how FoI can be better policed.”

Viner said: “Journalism in the public interest often depends on freedom of information laws, which help the public understand the decisions made by the authorities. Such laws are essential to a well-functioning democracy.

“When the government fails to meet its transparency commitments, it is essential that the ICO is able to step in to make sure ministers and public bodies comply with the law.”

In response to the letter, Information Commissioner John Edwards said: “We acknowledge the concerns expressed in this letter. FOI plays an important part in civic engagement and holding public services to account, and we share the desire to see the law work effectively.”

He continued: “We all benefit from a modern law, and I think there are suggestions in this letter that warrant further consideration.”

Simon Mundell, a Cabinet Office spokesperson, said: “This government remains fully committed to its transparency agenda, routinely disclosing information beyond its obligations under the FOI Act, and releasing more proactive publications than ever before.”

He added that the Clearing House had existed since 2004, and was intended to ensure “a consistent approach to dealing with FOIs across government” and that “requests for particularly sensitive information are handled appropriately”.
Add Comment