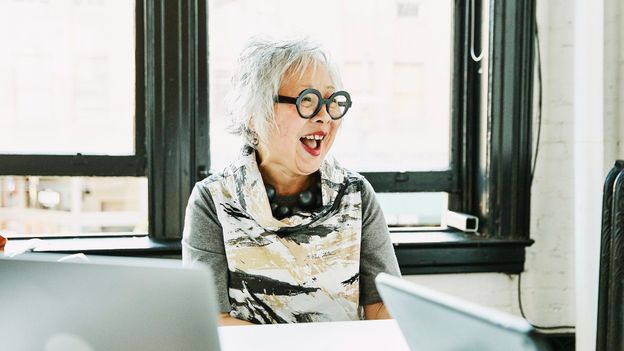 The one-company workers who never leave

Expected tenure in a role has shrunk at an alarming pace amid the Great Resignation. But some workers are reaping the rewards of spending decades in the same job.

As the labour market has favoured workers throughout the past two years, many employees have taken advantage of the changing employment landscape, becoming job-hoppers and industry-switchers. While job opportunities thrive, this reshuffling has upended the idea of the ‘company man’, making it seem outdated at best.

Yet although this swath of highly-mobile workers has stolen much of the conversation around employment in the pandemic-era, plenty of other workers have still chosen to stay in one place. Moving roles may be tempting, but factors such as strong organisational culture, clear career pathways and job security have more allure for some employees. And they’re happy with their choice to stay put at the same place they’ve worked for years and years.

According to workers and experts, there are two main reasons employees remain with companies for life. First, some large companies are set up to develop, promote and retain workers in ways others are not, which means ambitious employees can reach the pinnacle of their careers without ever changing jobs. In other cases, employees may prioritise financial comfort and stability, see their career as a means to an end, and occupy their niche until retirement.

The need to advance in life and achieve is innate, says Allan Lee, a senior lecturer in organisation studies and management at University of Exeter Business School, UK. A single company can fulfil this desire, and meet the needs of ambitious workers, by providing a well-defined career pathway and a sense of progression. “Feeling that you’re building towards a goal is a strong motivator in staying in a job,” says Lee.

I think longevity builds respect and trust, and a chance to build something bigger than yourself – Nick

New York-based architect Nick began at his firm in an entry-level position 30 years ago, then quickly ascended the ranks. Each promotion gave him the opportunity to work on bigger and more prestigious projects, designing developments in some of the most coveted neighbourhoods in the US. “I was motivated by being in a company where I was encouraged to grow: one where I thought my contribution was valued,” he explains.

As Nick accumulated more experience, he took on more senior roles, leading colleagues on global multimillion-dollar projects, from Manhattan to Shanghai. “I was lucky I could build a team of people motivated to work together and investigate architecture,” he says. “It meant it was more than just doing a job: there was a culture that allowed everyone to deliver meaningful work.”

Nick is now at the pinnacle of his career: an executive and design leader for his firm. Through decades of experience, he’s been able to command a wealth of knowledge, inspire the direction of his company and be part of its history. “When I joined the firm, it was 35 people in one office – now it’s 1,100 employees, in 24 studios around the world,” he explains. “I think longevity builds respect and trust, and a chance to build something bigger than yourself.” 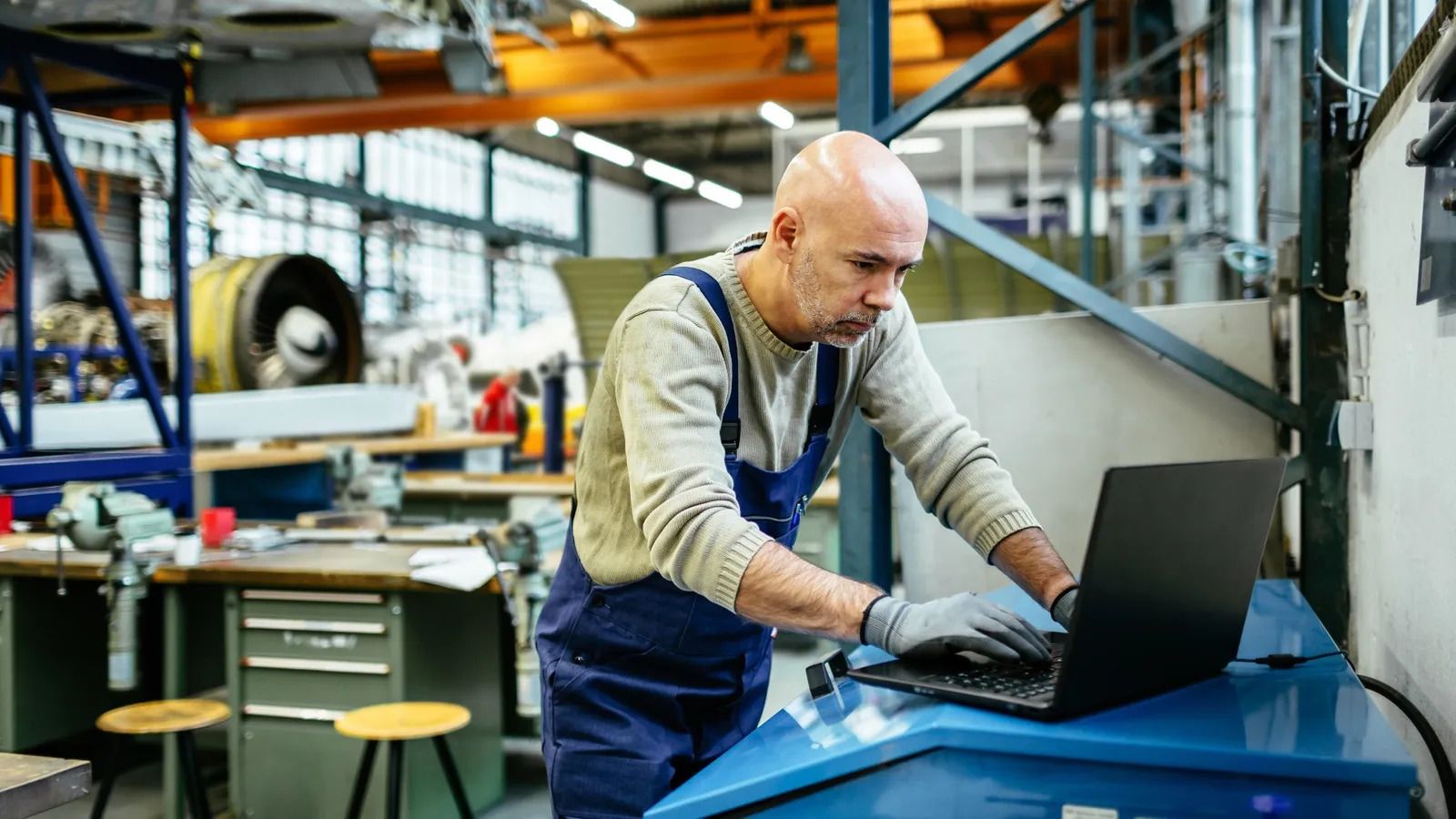 Not every worker who remains at their employer for decades will necessarily steadily climb the top of the career ladder like Nick. Some employees may be content in a stable, mid-level ranking until retirement.

“They may value mastering a position and obtaining the role of an expert,” says Johnny C Taylor Jr, the president and CEO of the Society for Human Resource Management (Shrm), based in Washington, DC. “This then allows them to enjoy stability, routine and a greater work-life balance, versus higher-level management and executive positions.”

Moves also come with risk: career stability and comfort can persuade employees to remain at an organisation. Further, financial practicalities can mean an organisation offering steady pay rises and pension plans is more able to lock in workers for the long haul. “Uncertainty can be a source of stress,” says Lee. “People want security. And although staying at one company for life may no longer be the expectation, someone knowing they have a job for the foreseeable future can be a strong motivator to remain.”

Lifetime employment is typically more common in long-established multinational corporations, where good pension provision, transparent pay structures and varied departments mean workers may have less incentive to search the job market for a fulfilling career elsewhere. “If the job offers what people have always sought from work – a way to make a decent living as well as find dignity and fulfilment – then employee loyalty is much easier to come by,” says Rick Wartzman, of management thinktank the Drucker Institute, and author of The End of Loyalty, based in Los Angeles.

Public-sector roles can also offer employees greater long-term stability. “Private sector businesses are more impacted by market volatility and generally can be subject to employment at will,” says Taylor, “whereas the public sector is more likely to offer pension plans and job security.”

I just wanted something that would offer a good salary and long-term stability: it was all I needed – Anthony

One such worker is Anthony. He joined the Civil Service in the 1970s as an 18-year-old, working in a government department assessing the tax valuations of properties in suburban London. He remained in the same department until 2017, reaching management level and retiring early on a pension reflecting his final salary. “I wasn’t someone [who was] that career-driven,” he says. “It was my first job after finishing school, I just wanted something that would offer a good salary and long-term stability: it was all I needed.”

Ambition isn't universal. If an organisation can keep a worker busy, relatively happy, engaged and decently remunerated, some people will stay. Although Anthony says he ultimately saw work as a means to an end, he was quietly content being able to lead a team, form workplace friendships and confidently carry out technical, time-consuming work. “I never really considered leaving: it was a job I enjoyed and it gave me financial security.”

Relationships and loyalty are also crucial factors in an employee choosing to stay at one company for so long. “It’d be unhealthy if you didn’t ever question ‘why stay?’,” says Nick. “But I’m dedicated to the people who have stood by me, and there are always opportunities to do better. And when you have a family to support there is value in stability.”

Workers may choose to stay at one employer for decades because of an inbuilt drive to feel a sense of belonging, says Lee. “An employee may be less likely to change jobs if they feel they’re losing a part of themselves by leaving: our social identity often comes from groups; the workplace can be a strong source of that. And a main predictor of whether someone stays in a job or not is whether they feel they have good relationships with their leaders and co-workers.”

Today, the expectation is that no job is for life; workers increasingly feel compelled to change jobs to appear dynamic. However, even as expectations around employee tenure and the job-seeking mindset change, a subset of the workforce will still choose to spend decades at the same organisation. Some will lurk happily in solid roles that meet their lifestyle needs; others will soar up companies that offer development and progression.

“I’m in a leadership position now: how I do as a leader sets up other people for success,” says Nick. “There’s nothing more satisfying than working with a group of people and, together, producing something that’s bigger than all of you – something that has a positive impact.”