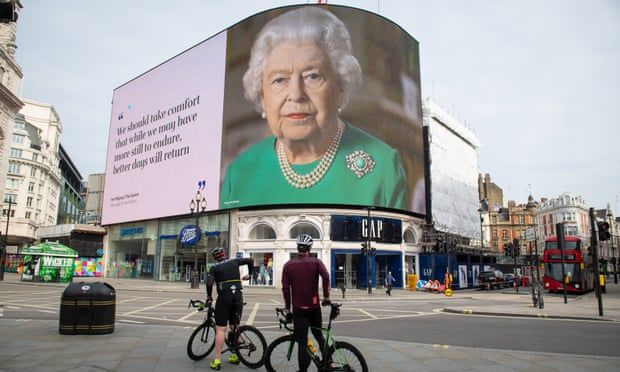 Should Elizabeth II be Elizabeth the Last? At least allow Britain a debate

Reports on Queen’s consent have revived the republicanism question – and regional and generational shifts are emerging
The Queen is less of a constitutional monarch than we thought. This week the Guardian revealed how she has used her Queen’s consent powers to vet more than 1,000 laws before they reach parliament. Memos unearthed from the National Archives show how she applied pressure over transparency legislation in the 1970s to ensure her private wealth stayed secret. Successive governments bent at the knee, showing how those weekly private meetings keep prime ministers in awe.

I’m not sure why she is at such pains to keep her money secret: everyone knows she has astronomic wealth beyond her subjects’ imagining, and a few noughts more or less makes no difference to monarchists. But the true scale of her wealth is never disclosed: Norman Baker, monarchy monitor, this week estimated it at £1bn. Forbes put the monarchy’s worth at £72.5bn, but that’s not all hers to keep. The Sunday Times Rich List puts her down for £350m personally.

The Paradise papers leaked to the Guardian showed she personally had millions in the off-shore tax havens of Bermuda and the Cayman Islands, those shameful last remnants of her lost empire. Prince Charles, the Guardian finds, beyond his “black spider” interventions in government, intervened to bar tenants on his £1bn Duchy of Cornwall estate from buying their homes. More astonishing is the reminder this week that the Queen herself owns our seabed: this is indeed a “sceptred isle” when the Queen takes 25% of some £9bn made from auctioning off windfarm rights over the next 10 years.

But none of that reflects the real damage the monarchy inflicts on us. It’s not their money nor their abuse of power, but their very existence that ambushes and infantilises the public imagination, making us their subjects in mind and spirit. The Crown, The Queen and countless lesser dramatisations remind us how transfixed we are, as the soap opera of royal births, weddings, divorces and deaths marks the timeline of our own lives. Little girls dressed as princesses are seduced early by the magic of majesty. Abroad, they gaze in amazement at the extent of the British royal fetish, and its corollary, a House of Lords where ermine is corruptly purchased by party donations. Brexit was an outcrop of this “sovereignty” fallacy, though now we discover we can no more control our borders than rule the waves: fishers found out the hard way.

Shakespeare is partly to blame: not just John of Gaunt’s wild romanticising of British exceptionalism, but history plays so great that the rise and fall of kings are elevated in our imagining with a depth and meaning that overshadows the absurdity of modern monarchy. It hardly matters what they are like, but for those like Dominic Cummings, obsessed with the genetic determinants of intelligence, the royal family is a pretty good rebuttal. If centuries of privileged breeding and top education still produces very ordinary people interested in horses, corgis, fishing and shooting, not known for cultural or intellectual pursuits except on duty, that suggests talent and merit are pretty genetically random.

Elizabeth has ruled over more than twice as many Conservative as Labour years, an emblem of Britain’s essential and enduring conservatism. Monarchy stands as a symbol for our increasingly rigid and socially immobile society: where the British are born, they are more likely to stay. “The rich man in his castle, The poor man at his gate, God made them high and lowly, and ordered their estate,” as the old hymn goes.

On coronation day, Winston Churchill foretold “an immense and undreamed of prosperity, with culture and leisure even more widely spread … to the masses of the people”. Instead, an empire was lost, we slid down the GDP league table and by the end of her reign there may be no union, with Scotland and Northern Ireland on their way out. Covid aside, we are becoming a weak and small state, diminished deliberately by years of state-shrinking ideology.

Republicanism feels like a lost cause: Labour rightly never touched it. Three times more people back the monarchy than a republic, yet little by little opinion inches along: YouGov finds support for the monarchy is slowly eroding. The young are much less monarchist than the old: the Scots only 57% for the Queen compared to the UK’s 67%, with the south of England outside London the most monarchist at 76%. But when she dies, likely within this decade, before they dash to seal our constitutional fate with an instant vivat rex for the unpopular Prince Charles, let there be time for us to question whether she should be laid to rest as Elizabeth the Last.

Guardian investigations regularly reveal royal embarrassments, so it’s not surprising its journalists are not in favour. When the Queen invited a great gathering of journalists to a golden jubilee reception in Windsor Castle, she and Prince Philip entered the hall looking as if they were sucking lemons. Prince Philip approached the group I was with and asked where I was from. “The Guardian,” I said, and asked: “Do you ever read it?” “No fear!” he said, and spun on his heel.
#Covid
Add Comment