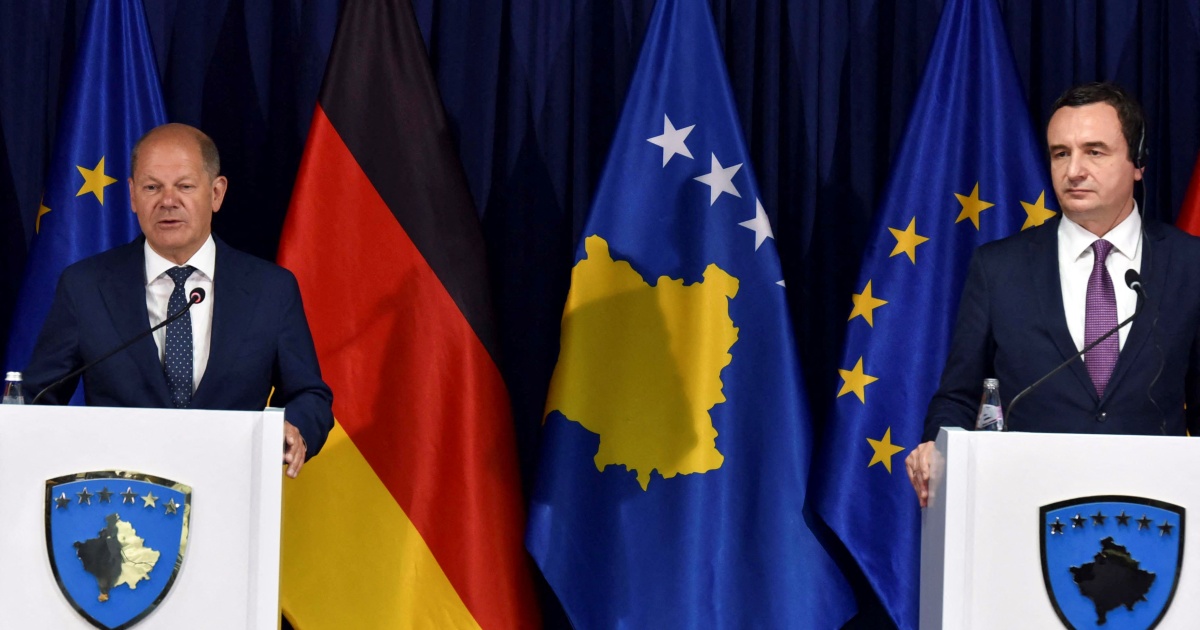 German chancellor promises to help the region reinvigorate its long-stalled membership campaign, a move aimed at fending off Russian influence.

German Chancellor Olaf Scholz has promised to help the Western Balkans reinvigorate its long-stalled campaign for European Union membership, a move aimed at easing regional tensions and fending off the influence of rival powers, such as Russia.

Speaking alongside Kosovo Prime Minister Albin Kurti in Pristina at the start of a two-day trip, Scholz said his government made its EU membership a priority and would also support Kosovo’s aspiration for EU visa liberalisation.

Russia’s invasion of Ukraine has lent a new sense of urgency to the need to tie Montenegro, Serbia, Albania, North Macedonia, Bosnia and Herzegovina and Kosovo closer to the 27-member EU, whether through full membership or an alternative community.

“It is very important to send a new signal of confidence and hope that this accession process is wanted by the EU with great seriousness, and that it also has a realistic chance if everyone makes an effort,” Scholz said.

Ukraine and neighbouring Moldova have pushed to accelerate their own bids for EU membership since the invasion, raising questions about whether their accession should be fast-tracked or wait their turn after Western Balkan countries.

EU countries, including Germany, have said there could be no shortcuts to Ukraine’s membership.

“We are also in favour of Ukraine’s membership into the EU. Of course, Ukraine has all the attention and it is in the hearts of everybody who wants peace and democracy because there is a terrible war going on there, an unprovoked and unjustified war,” Kurti said.

“But I believe there must be both [to join EU], Ukraine and Western Balkans.” 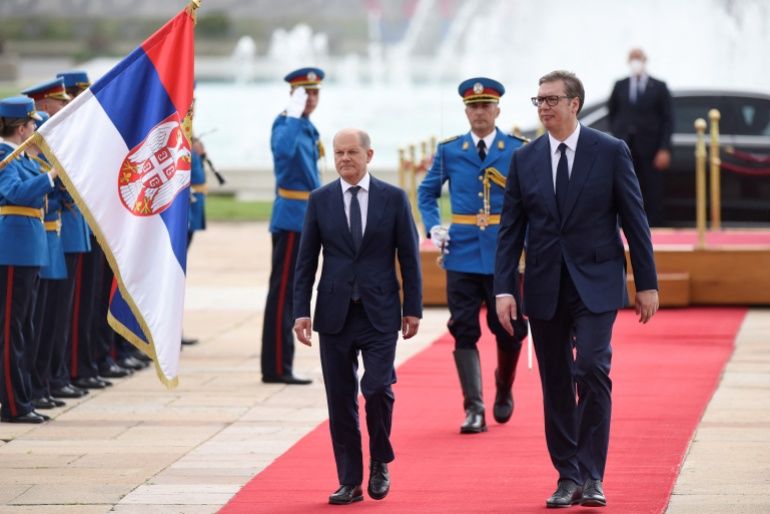 Scholz’s visit came hot on the heels of that of European Council President Charles Michel and ahead of an EU-Western Balkans leaders’ summit on June 23.

The prospect of EU membership had for years been the main driver of reform and greater cooperation in the region after a decade of war and upheaval in the 1990s, until EU expansion stalled, spawning disillusionment.

Unresolved conflicts there have given rise to new tensions lately, such as the pro-Russian Bosnian Serbs’ secession plans.

“The fact it hasn’t happened is a real problem and the growing influence of other countries like Russia and China is a result of this process not developing,” said Florian Bieber, a Balkan expert at Austria’s University of Graz.

Visa liberalisation would be a benefit to Kosovo, which remains the only country in the Balkans where citizens still need visas to travel to the EU passport-free Schengen zone.

An applicant needs weeks or months just to get an appointment at an embassy.

“We will not surrender this region in the heart of Europe to Moscow’s influence,” German Foreign Minister Annalena Baerbock said when she paid a visit to the Western Balkans in March.

The question is whether Scholz’s government, which took office in December, can come up with a real strategy to push the process forward or whether it will simply “muddle along” like former Chancellor Angela Merkel, who professed her support for the region but did little to change the dynamics, Bieber said.

Scholz will visit Kosovo first and then Serbia on Friday after meeting with the leaders of both countries last month in Berlin.

Russian Foreign Minister Sergey Lavrov had also been set to visit Serbia, which is trying to balance its EU aspirations with its centuries-old alliance with the Kremlin, this week.

But his visit was cancelled when nearby countries closed their airspace.

The German chancellor is set to travel later to Thessaloniki in Greece for dinner with representatives of the South East European Cooperation Process (SEECP), a 12-country Balkan regional body.

On Saturday, he travels on to North Macedonia and Bulgaria, which are locked in a dispute preventing the start of accession talks for the former country.