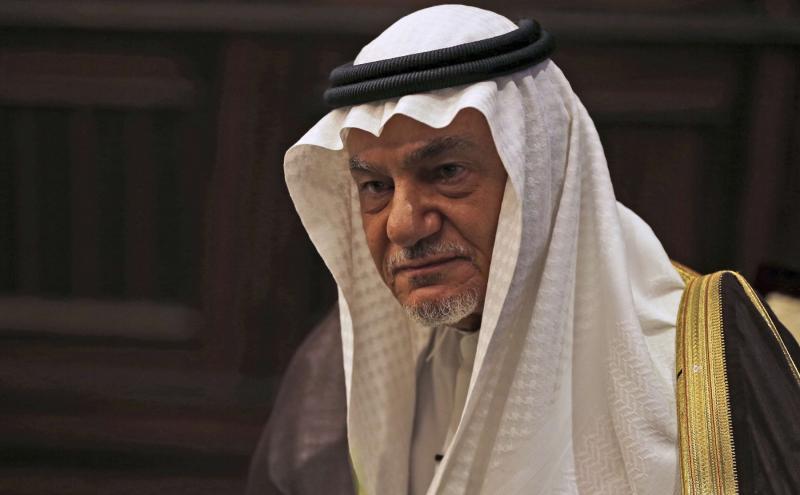 The absence of any prior relationship with the Taliban would allow Saudi Arabia to deal more freely with the new situation in Afghanistan.
Former head of the Saudi intelligence service Prince Turki al-Faisal sought, with very remarkable timing, to distance himself and Saudi Arabia from any role in the rise of the Taliban movement in Afghanistan, noting that he resigned ten days before the events of September 2001.

Prince Faisal also noted that contrary to widespread belief, the Taliban had not adopted the Saudi interpretation of Sharia (Islamic law). They are rather Sufi Deobandi, he said, stressing that this means the Taliban are rather committed to a religious ideology that is completely different from that of Muhammad ibn Abd al-Wahhab.

Prince Faisal was speaking on September 22, during a meeting of the Royal Society of Asian Affairs in London, to mark the release of his book “The Afghanistan File” edited by Michael Field.

The statements of the former Saudi intelligence chief, who revealed his resignation before the events of September, came after the Federal Bureau of Investigation (FBI) declassified documents related to the 9/11 attacks.

His statements also coincided with increased pressure on Saudi Arabia along with Washington’s ongoing reset of relations with the kingdom.

Prince Faisal noted that the Saudi religious vision differs completely from that of the Taliban and al-Qaeda, in an attempt to dispel a common misconception that claims the two radical groups have been inspired by Wahhabism.

Observers told the Arab Weekly that Prince Faisal was seeking to distance the kingdom from al-Qaeda and other extremist groups.

Prince Faisal, the observers said, was denying any Saudi role in the events of September 2001, whether directly or indirectly, even if most of those who carried out the attacks were Saudis.

The absence of any prior relationship with the Taliban would allow Saudi Arabia to deal more freely with the new situation in Afghanistan, the observers added.

In earlier statements, Prince Faisal had said that ““Al-Qaeda targeted the kingdom first before anyone else,” referring to Saudi Arabia.

In his most recent statements, he was keen to note the difference between “the so-called Wahhabi interpretation of Islamic law” and the Deobandi school followed by the Taliban.

He indicated that “there are many references, whether in the media or in scientific books that claim that there has been Wahhabi influence on the Taliban. Yet, this is not what has been happening.”

In this regard, Prince Faisal insisted that “ideologically, the Taliban hold different views,” noting that “Deobandi ideology continues to define the group’s vision to this day.”

The Deobandi is an Indian Islamic school that blends strict Salafist thoughts and Sufism, which makes it a target of criticism by many Arab Sunni movements.

In his most recent statement, the Saudi intelligence chief also revealed important details on the Afghan file, saying that he had personally sought to get Osama bin Laden extradited in 1998, but then-Taliban leader Mullah Omar in a major U-turn rejected the idea after first agreeing to it.

The former Saudi intelligence chief said that "Mullah Omar simply denied that he had made a promise to hand over bin Laden or to form a committee to look into ways to do so."

He added, “After Mullah Omar said that Saudi Arabia should talk with bin Laden and that instead of fighting him, it should fight the imperialists, I simply stood up and said: Mr Omar, what you say, and what you do will bring harm to you and to us … and on the way back to the kingdom, I sent reports to the king and the crown prince advising them to cut ties with the Taliban, which the Saudis did eventually.”

Prince Faisal also revealed that Saudi Arabia had previously tried to mediate between the Taliban and the government of former President Hamid Karzai and that this was done at the request of the latter.

He added, "The Taliban delegation visited the kingdom and the crown prince, who later became King Abdullah, asked them: did you sever your ties with al-Qaeda? This was before bin Laden's death. Their answer was: No. So we told them, OK, we won't have any connection with you until you sever ties with bin Laden."

Despite raising many points of contention with the Taliban, Prince Faisal warned the international community against abandoning Afghanistan at the current critical juncture. He also called for the need to support the country, urging the Taliban to take required steps to back up their statements so as to show the movement’s readiness for openness and cooperation.

More than any other Sunni country, Saudi Arabia is better positioned to play a key role in Afghanistan. However, the kingdom does not want to see the country turn into a launchpad for Iranian ambitions, as was the case in the past when Tehran exploited hotbeds of tension to expand its foothold in the region, particularly in Iraq, Syria and Yemen.
#Afghanistan
Add Comment