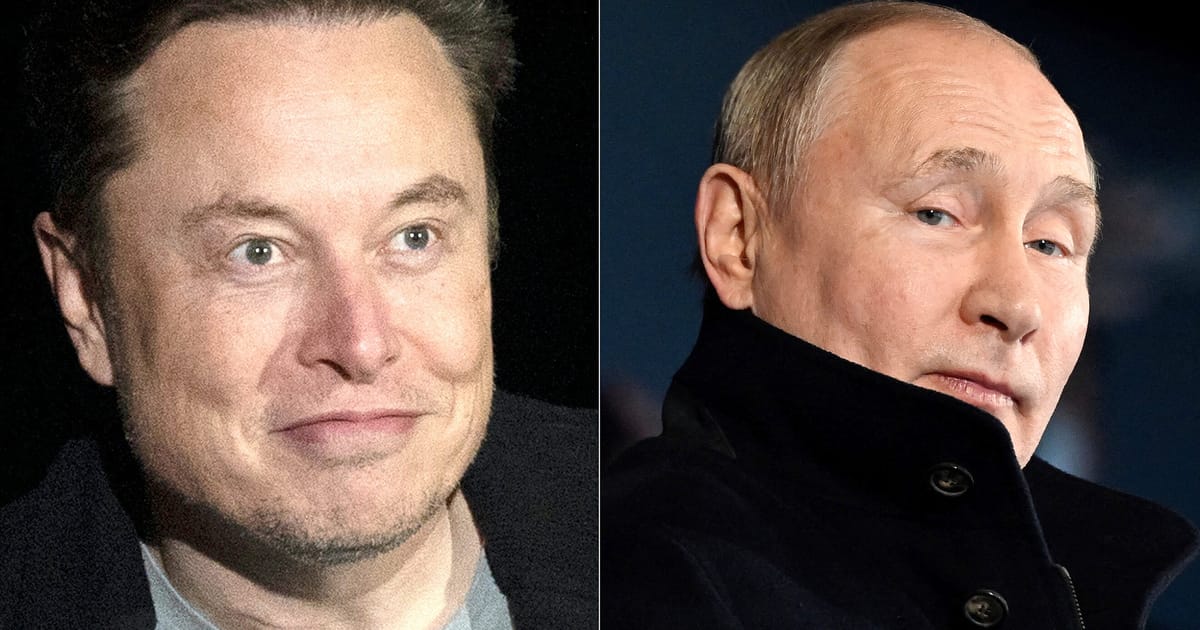 Lack of ambition leaves Europe with an awkward choice when it comes to launch partners.

If Europe's freshly selected astronaut corps ever wants a ride into space, it faces the troubling choice between doing it with Russia or with Elon Musk.

That's the because the Continent's space powers have no way of sending their own astronauts into orbit, forcing the European Space Agency's top brass to either cut deals with Russia's sanctions-hit Roscosmos or, alternatively, to secure seats with Musk's SpaceX under barter deals through NASA that see service modules exchanged for mission seats.

In an age of fast-tracked strategic autonomy — and soaring space spending by the U.S. and China — neither launch option sits well with France.

"The most important challenge is that Europe should conserve independent access to space," Bruno Le Maire, France's rocket-loving economy minister, told space ministers this week while ESA approved its next budget in Paris.

Despite ratcheting up space program spending through ESA to €16.9 billion over the coming three to five years, the agency's 22 members stopped short of considering substantive investment in European human spaceflight.

While France has long advocated developing crewed space transport from its own spaceport in French Guiana; Germany — an emerging rival to Paris on aerospace spending — has other ideas.

“We should not nationalize space, so cooperation is fine for me,” Germany’s Vice Chancellor Robert Habeck told POLITICO when asked at the ESA summit whether Europe needed to get its astronauts into orbit itself. "It’s fine if we collaborate."

In practice, such lackluster rocket ambitions mean others will decide when France's Sophie Adenot, Spain's Pablo Álvarez Fernández and Belgium's Raphaël Liégeois, all announced Wednesday as part of the next generation of European astronauts, get to orbit.

Russia's brutal war on Ukraine, along with acts of sabotage in orbit, make future deals to launch with the Soyuz rocket system out of the Baikonur cosmodrome in Kazakhstan unlikely. While there are hopes that Boeing's Starliner will offer fresh competition soon, controversial entrepreneur Musk's SpaceX Crew Dragon system is right now the only option for a lift out of the U.S.

Some space diplomats are already asking if dependence on a tech billionaire is really that much better than being tethered to Moscow.

"It's a big question, why is Europe the only major power that doesn't have its own ability to fire its astronauts into space?" said David Parker, ESA's director of human and robotic exploration. "There's no question that Europe has the technical capability to do it, the question is do we have the will." 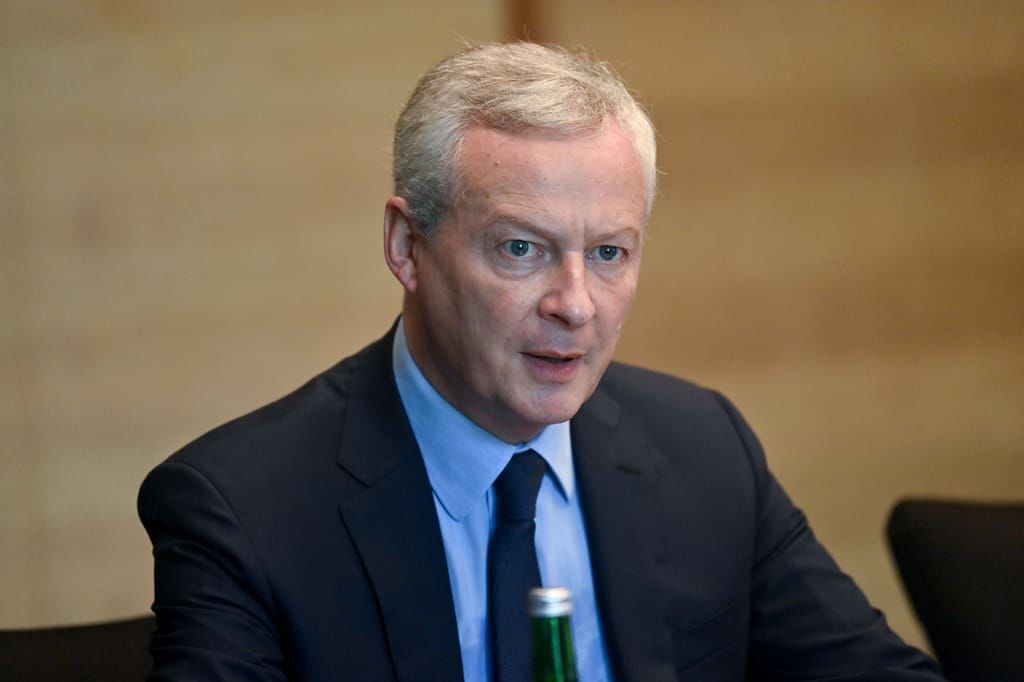 French Minister for the Economy and Finances Bruno Le Maire
Any decision on building the kind of spacecraft technology capable of getting humans to orbit from a European spaceport will need to wait until 2025, when ESA ministers next meet to compile a program budget.

But politicians will address the prospects for manned missions at an interim meeting of ESA members in Germany late next year.

Some are already on board with a landmark commitment to push ahead.

"We need these positive stories of our progress," said Thomas Dermine, Belgium's state secretary for space, who backs human spaceflight. "I believe — and I realize I'm more French than German here — that you need big dreams to push progress."

European governments haven't seriously engaged with plans for a crew-ready spacecraft since the Hermes program, named after the Greek god of travel, was jettisoned in the early 1990s.

That was based on a proposal from France's space agency CNES and later transformed into a pan-European industrial project with aerospace countries assigned work. But amid technical challenges and the advent of post-Cold War great power collaboration, the Hermes program was scrapped in 1992. 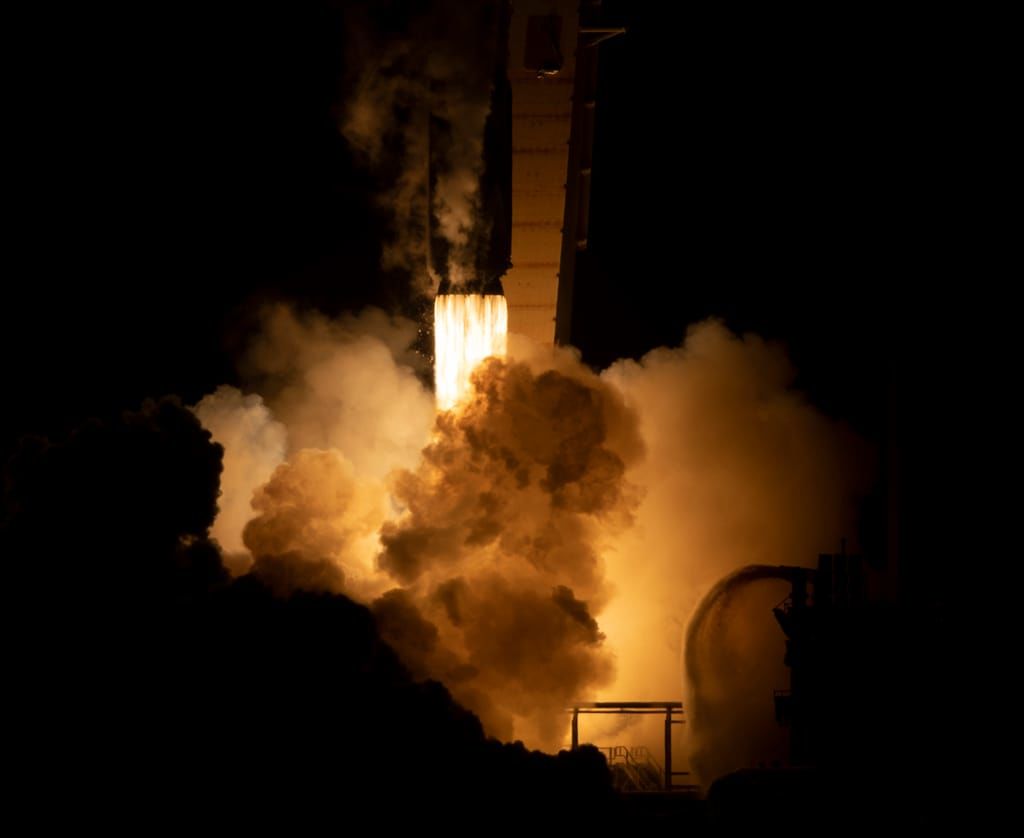 The European Space Agency's latest budget running past 2025 is €16.9 billion, while NASA's budget for 2022 alone is nearly $30 billion

The absence of a European system meant that the retirement of NASA's Space Shuttle program in 2011 gave Russia's Soyuz a monopoly on trips to the International Space Station for astronauts until SpaceX booted up in 2020.

"If we had a European means of access to space during that whole period ... we would have been in a much better position," said Thomas Pesquet, a French astronaut who was the first European to ride on SpaceX's Crew Dragon in 2021.

He supports a European manned program, and his colleague, Italy's Samantha Cristoforetti, pressed ministers during a closed-door session at the ESA summit to carefully consider human spaceflight spending.

Should ministers want to take up the issue, there are already proposals on the table. French rocket-maker ArianeGroup proposed SUSIE — an acronym for Smart Upper Stage for Innovative Exploration — in September, which could one day be used to get five astronauts into orbit on an Ariane 6 rocket.

Adding human spaceflight to the ESA exploration budget line would mean around an extra €1 billion each year, officials estimate, equivalent to roughly €2 for each European citizen covered by the agency's countries.

Such a splurge wouldn't deter Frank De Winne, a Belgian astronaut who first signed up in the 1980s as a prospective Hermes pilot and who now runs the European Astronaut Center in Cologne, where the new recruits will check in next April.

“Shall we pay directly to commercial providers in the U.S.?,” asked De Winne. “We can, of course, but that is euros directly supporting the U.S. industry. Is it something that Europe wants to do?"