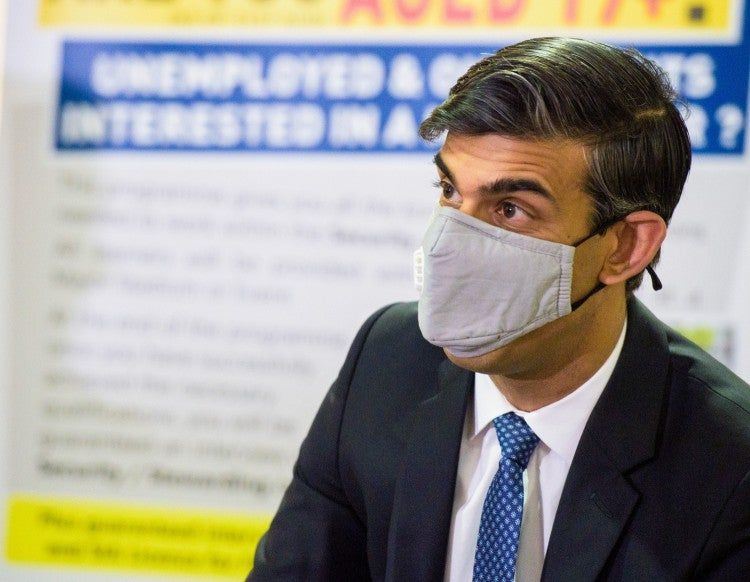 ‘The numbers don’t stack up to the scale of the challenge. There will still be large-scale youth unemployment’
Rishi Sunak’s new job scheme for young people hit by the pandemic is a “sticking plaster” that will fail to provide proper work or training or prevent mass youth unemployment, critics warn today.

The kickstart programme – which starts next week, offering six-month work placements – is inadequate for the momentous task ahead and must be rewritten, they say.

It will leave hundreds of thousands of young people on benefits, while even those offered places may receive little more than “help with their CVs and interview prep”, the chancellor is told.

“The numbers don’t stack up to the scale of the challenge. There will still be large-scale youth unemployment,” Kathleen Henehan, a senior analyst at the Resolution Foundation think tank, told The Independent.

Kirstie Donnelly, chief executive of the City & Guilds skills organisation, agreed, warning: “This is yet another example of a quick-fix solution which appears to be positioning the skills development of young people as a mere afterthought, rather than a priority.”

Calling for “real jobs”, or at least proper skills courses, she warned: “Otherwise it just becomes a tokenistic, sticking plaster solution, that burns up significant resources that might be better utilised.”

The fears come amid growing criticism of Mr Sunak, who was forced to hastily beef up his economic recovery plan to pay a larger share of workers' wages and give more money to the self-employed.

Meanwhile, Boris Johnson’s pledge of free college courses for the low-qualified was undermined when he admitted it will not kick in until next April, widely seen as too late.

The much-heralded kickstart scheme gets underway on 1 November, paying employers across the UK £1,500 for every 16 to 24-year-old given a work placement for six months.

The government will pay all salaries, up to the national minimum wage, as well as national insurance and pension contributions – but only for a 25-hour week.

Announcing the scheme in July, Mr Sunak hailed an "opportunity to kickstart the careers of thousands of young people who could otherwise be left behind as a result of the pandemic”.

Ministers have been bullish about the early take up – with 65,000 places offered in the first month of its formal launched at the start of September.

“I think it’s an amazing start, it really is a flying start,” Therese Coffey, the work and pensions secretary, said.

However, she acknowledged the scheme would only help young people “get ready for the next part of their career and try and have a successful jobs search as possible”.

But the Resolution Foundation, and other independent analysts, have put the “Covid generation” of young unemployed at more than three times that tally.

Young people were hit the hardest when the lockdown ripped through the hospitality and retail sectors in particular, which employ younger workers.

In recent weeks, more than 700,000 young people have also left education and entered the labour market – at the most difficult time for a generation.

“We have already got, we think, about a million unemployed young people and we don’t know how long this crisis is going to last,” Ms Henehan explained.

Just as importantly, she raised fears that too many placements would be grabbed by graduates – at the expense of those arguably in more need – and be in wealthier parts of the country.

The training requirements on employers were “pretty weak” and “basically boil down to giving the kids some help with their CVs and maybe some interview prep when they go and look for a job”.

“We support the kickstart scheme,” Ms Henehan said. “It’s better than nothing, but it’s not enough.

“There need to be more guarantees of jobs and of training for young people and reforms to the apprenticeship system so employers hire new starters.”

Ms Donnelly agreed, warning: “The kickstart scheme will only have an impact if it helps individuals to learn new skills and genuinely leads to real jobs at the end.”

Jonathan Reynolds, Labour’s shadow work and pensions secretary, said: “Despite the scale of the jobs crisis facing young people there is still little evidence that the kickstart scheme is up to the task.

“The government must urgently review how it will promote the scheme to small businesses, how it will ensure jobs are genuinely new roles with proper training and how the scheme will target young people most in need of assistance.”
#Covid  #Boris Johnson
Add Comment