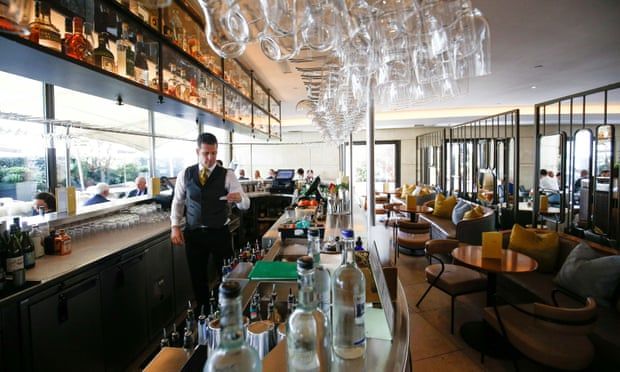 ‘Quite a challenge’: UK restaurants and pubs face staffing crisis after Brexit

The hospitality industry is facing a staffing crisis as restaurants and pubs say that up to a quarter of those employed before the Covid-19 pandemic will not return.

The UK’s largest listed pub group, Mitchells & Butlers (M&B), has lost 9,000 of its 39,000 staff since last year; D&D, the owner of more than 40 upmarket restaurants including Le Pont de la Tour and Coq d’Argent, is looking for up to 400 recruits out of a total 1,300 UK workforce; and Pizza Express is looking for 1,000 staff, having laid off thousands less than a year ago.

Pubs and restaurateurs agree that there is a particular challenge in the south-east of England and London as a lack of supply of skilled people from the EU, post-Brexit, is causing issues with hiring staff, especially in the kitchen. More than 30% of hospitality workers across the UK are thought to have come from Europe pre-Brexit but that rises to more than half of those employed in London.

The difficulties come despite there being 28% fewer people working in hospitality this month compared with a year ago, according to the technology company Fourth. Just under 35% of new starters in the first quarter of 2021 came from the EU, compared with almost half in 2019. 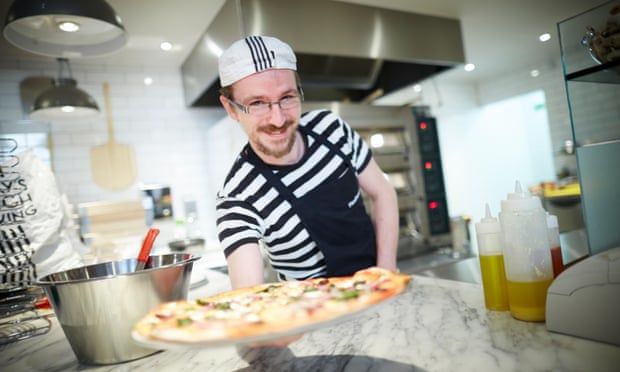 Pizza Express is looking for 1,000 staff, having laid off thousands less than a year ago.

Martin Williams, the head of Rare Restaurants which owns the 16-strong Gaucho chain and three M restaurants, is looking to fill 40 jobs out of a team of about 750. He said rivals had begun trying to poach key staff because of shortages of experienced chefs and managers.

“People are offering silly money to reasonably low-level managers and chefs,” he said.

Williams said the group was able to pool workers from its 19 restaurants to serve in the eight able to trade outdoors but shortages would become more acute on full reopening next month.

He said Rare was not suffering as much as some rivals because it had worked hard to maintain good relations with its workforce, topping up furlough pay and keeping in touch with a health, welfare and educational programmes. But he added: “We are definitely seeing the European workforce not return.”

The industry is raising £5m to support training up 10,000 new recruits as employers say workers have sought alternative employment or returned home to Europe after months of lockdowns kept businesses closed. The Springboard initiative, which is backed by the Savoy Educational Trust, drinks group Diageo and Baxter Storey group, aims to have young people fully trained by next summer.

Alistair Storey, the chief executive of Westbury Street Holdings which owns Baxter Storey catering group and the coffee shop chain Benugo, admits the new recruits will not be enough to support the industry which in full swing employed 3 million people.

“We’ll have quite a challenge,” he said, adding that at a recent industry meeting, fellow restaurateurs estimated they were 10% to 25% short of staff.

“We are getting plenty of applications but not people with the skillset we require,” Storey said, noting that experienced front-of-house staff or managers were as hard to find as skilled kitchen staff.

He said it would get tougher in the second half of the year as the industry fully reopens, with indoor drinking and dining. 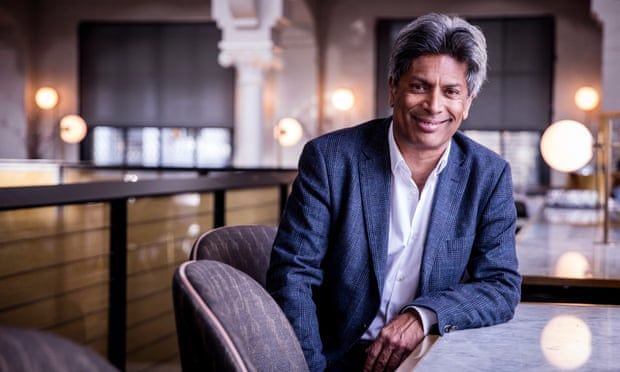 Des Gunewardena, the co-owner of D&D, said that finding staff had become the group’s “number one challenge”. “We are working around the clock to have enough people ahead of full reopening of restaurants on 17 May,” he added.

“We always knew that if we had a strong recovery we would have a challenge getting staff and that looks like what we are facing right now,” he added.

“I think this summer we will be using more students than ever to be able to cope.”

He said D&D had got involved with the Springboard initiative as part of efforts to make the industry more attractive long term with the aim of pulling staff in from other industries.

Fitch Ratings predicts that the shortages are likely to lead to increased costs and lower profit margins for hospitality businesses in the short term, as they have to increase wages and offer more training for less experienced staff.

A note published by Fitch this week added: “We anticipate these pressures to gradually dissipate and the sector to increasingly recruit within the UK, including employees laid off from other client-facing sectors – such as retail due to permanent shop closures. Some extra costs could be offset by strategic price increases, such as removing food discounts by some pub operators.”

However, Peter Borg-Neal, the chairman of pub owner Oakman Inns, said the real problems would not be revealed until the furlough system ends in September and it becomes clear how many workers would never return.

He said the government would need to “rethink immigration principles” to allow hospitality businesses to bring in more workers from overseas. He added: “There is no doubt pay is going to go up. That is not necessarily a bad thing: the level of skill in back-of-house people has not been fully rewarded [in the past] and that drives recruitment issues. But people are going to have to pay more. They don’t want microwaved food, they want proper fresh stuff but it will have to be paid for.”

Kate Nicholls, the chief executive of industry body UK Hospitality, said the shortages were “just more evidence of how hospitality has been uniquely hit by the pandemic and of the crucial need for government to continue its support of the sector”.

“For hospitality to rebuild and play its full role in the economic recovery, additional support for jobs as well as long term plans to facilitate enhanced training and apprenticeships are vital,” she said.