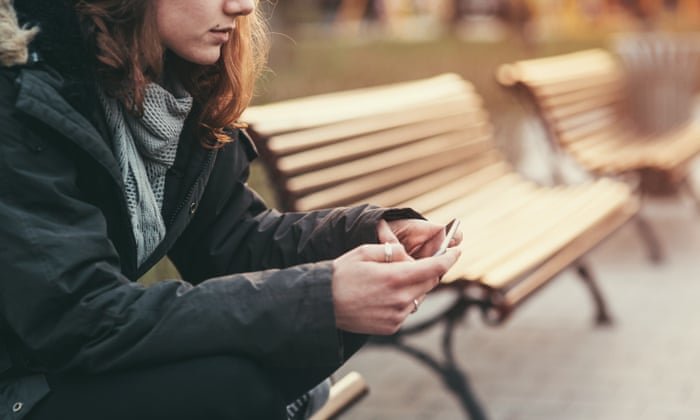 Parents are in denial or largely unaware of what their children view online
Parents are oblivious of the extent to which their children are watching pornography, according to a rare in-depth study of teenagers’ viewing habits that shows adult material has become a normalised part of young Britons’ lives.

The report’s authors concluded that parents of 16- to 17-year-olds were either in denial or largely unaware of what their child viewed online, with the parents of teenage girls the most likely to be unaware their children were watching pornography.

The research, conducted as part of the government’s troubled attempt to introduce age-verification services for online pornography, found that children were often disturbed by being accidentally exposed to material at pre-teen age. But it also found that it provided a significant way for older gay, lesbian, and bisexual teenagers to understand their sexuality.

The study involving teenagers and their parents across the UK found:

• British teenagers are increasingly turning to pornography as an educational tool because schools do not tell them “what to do” in early sexual encounters, with teachers instead focusing on issues such as contraception.

• Most children had viewed pornography they found disturbing or overly aggressive, with many saying they believed it influenced how they behaved in sexual encounters and influenced concerns about body image.

• Viewing pornography has been normalised among children from their mid-teens onwards, with more encountering it on networks such as Snapchat and WhatsApp than on dedicated pornography sites.

• Most parents support a form of age-verification on pornography, especially as a way to stop younger children accidentally coming across material.

Plans to introduce mandatory age verification for all pornography sites have been put on hold while the government reviews its plans, after a bungled introduction of the policy last summer.

The original age-verification system faced repeated delays and was finally scrapped in October, amid ongoing concerns about data security and the ability to implement the system. The government is looking to find a new way of stopping under-18s from viewing pornography.

There has been limited research into the reach and impact of online pornography by those preparing to implement the policy, despite industry estimates that about a third of the UK population watches it – meaning there is little understanding of the consumption habits around one of the biggest forms of media in the country.

In a sign of the sensitivities around research into the subject, the British Board of Film Classification, which was to be responsible for age verification, has decided to make the findings of the study only available on request. The organisation said it would not be uploading its own research to its website or publicising it, because it contains graphic material.

The study, which combined a statistically representative survey of secondary school-age children with in-depth interviews and focus groups with parents, found that adult material was a prominent feature in British childhood. Almost half of teenagers aged 16 and 17 said they had recently seen pornography, with the researchers believing this figure is substantially lower than the true figure because of respondents’ awkwardness when faced with the question.

While 75% of parents did not believe their children would have watched pornography, the majority of these parents’ children told the researchers that they had viewed adult material.

The researchers said that one side effect of early exposure to online pornography is that gay, lesbian or bisexual respondents often understood their sexuality at a younger age. “It was common for these respondents to start by watching heterosexual pornography, only to realise that they did not find this sexually gratifying and then gradually move to homosexual pornography.”

While teenagers reported concerns about body image as a result of watching pornography, “many young people felt that the way they viewed their overall body image was more likely the result of the kinds of body images they saw on Instagram”.
Add Comment