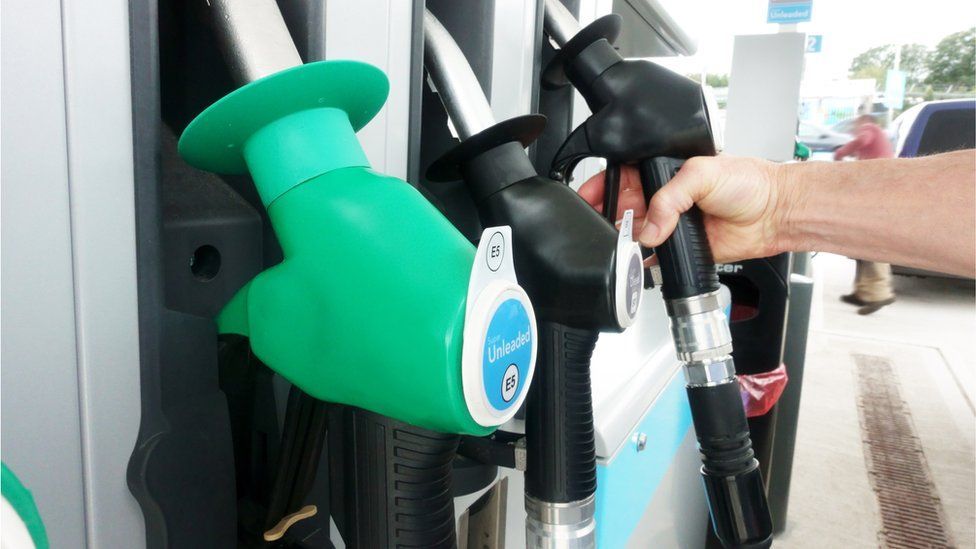 Petrol prices are likely to fall back from record levels due to the costs of wholesale fuel and global oil easing, UK motoring groups have said.

The average price for a litre of petrol hit £1.63 on Sunday after rising above £1.60 for the first time last week.

Diesel remained above £1.73 a litre, but the AA said "wild" pump prices should stabilise, unless global oil prices take off again.

But MPs were told this was a "lull before the storm" of more price hikes.

Nathan Piper, head of oil and gas research at financial services company Investec, said consumers "need to get ready for what could be continued increases in fuel prices."

Mr Piper told the Treasury Committee: "If more stringent actions are imposed upon Russia, and five million barrels a day is truly taken out of the market, then oil prices would really have no ceiling."

He explained that the UK was roughly self-sufficient in petrol but imported much of its diesel.

Two thirds of UK consumers use diesel so that it could see the biggest price increases at the pump, he said.

Dr Amrita Sen, director of research at Energy Aspects, told the committee that petrol prices could rise to around £2.40 a litre. And that diesel prices of "£2.50 - even closer to £3" were "definitely in the realms of possibility".

She said the UK could follow Germany in introducing rationing measures which have already seen BP and Shell reduce diesel wholesales to industry.

"If we need to rebuild stocks over the summer so that we have a buffer over the winter...it is industry that will need to be curtailed and that's where the first set of rationing will have to come in," she said.

Mr Piper said the only other option was for the government to release some of its stockpiles of petrol and crude oil.

"But it'll be industry that takes the brunt of any rationing initially," he said.

Oil prices soared after Russia invaded Ukraine, with the price of Brent crude oil - the global benchmark for prices - hitting a near 14-year high at one point.

However, in the past few days, the price of oil has dropped as fears that the European Union would follow the US and Canada in banning Russian oil have eased.

The RAC said drivers would have to stomach probably more rises this week, but added they "should soon get some respite from pump prices jumping by several pence a litre every day as oil and wholesale prices appear to have settled".

"The price hikes seen over the weekend are still a result of the oil price rise which began at the start of the month and peaked early last week at $137 a barrel," said RAC fuel spokesman Simon Williams.

"As the oil price has now fallen back, we should hopefully reach the peak and start to see prices going the other way to reflect the big drop in wholesale costs seen at the end of last week, subject to no further spikes in the barrel price this week."

The reason higher prices at the pumps are likely to remain despite falling commodity prices is due to the way retailers buy the fuel and the time lag between purchasing at a certain price and then selling it on.

Yet, there is a concern some retailers might be reluctant to lower their prices for fear of being caught out if wholesale costs jump back up again.

"In one town this weekend, filling a tank at one forecourt was more than a pound cheaper than directly across the road at another," he said.

Mr Bosdet said weekends were the busiest time for forecourts and the rush by drivers to beat further potential price increases had pushed up demand, which had actually led to even higher prices at the pumps as stations had to resupply at a faster rate. 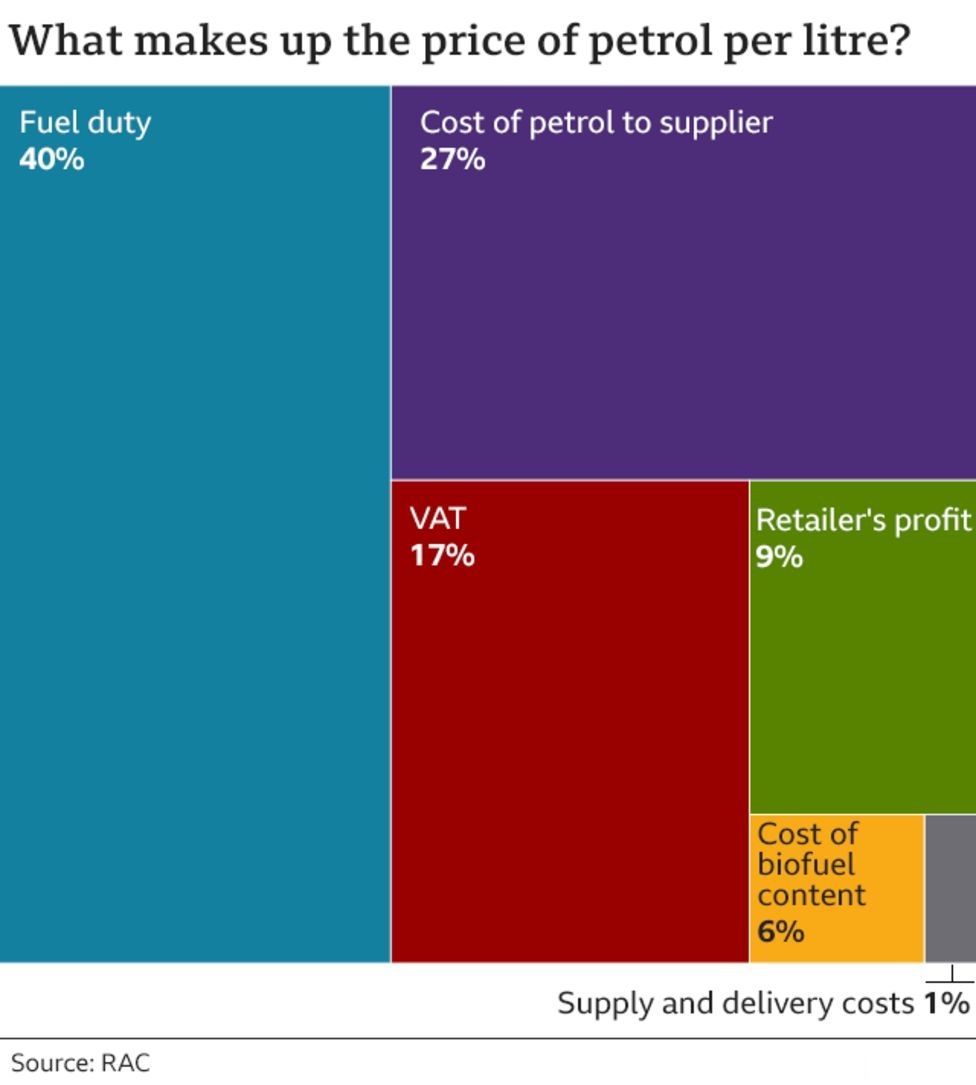 Oil prices are mainly determined by the price of crude oil and the dollar exchange rate, as agreements are made in dollars.

Russia is the third largest oil exporter and some Western countries, for example the US and Canada, decided to halt imports from the country in response to Russia's actions. It means demand for oil from other producers has increased, leading to increased prices.

The UK only imports about 6% of oil from Russia, so is not as dependent on Russia for the commodity supply as other European countries are and has said it plans to phase it out.

It is, however, affected by the global shifts in price.

But the price of Brent crude dropped in recent days, due to reduced fears of a European ban on Russian oil, and also partly due to speculation that extra supplies could come onto the market from Iran, Venezuela and the UAE.

The conflict in Ukraine has led to concerns being raised by Western nations about where they get their energy from.

Energy Minister Greg Hands said the UK's transition to cleaner forms of energy production was "an issue of national security" and not just of decarbonisation.

Speaking at an event in London, he said: "By switching to cheaper power generated in the UK, for the UK, we will ensure that we're not dependent on any unfriendly foreign country to keep our homes warm and lit."

However, Mr Hands acknowledged that the transition to cleaner energy sources would take time, and there was still a need to invest in domestic fossil fuel production.