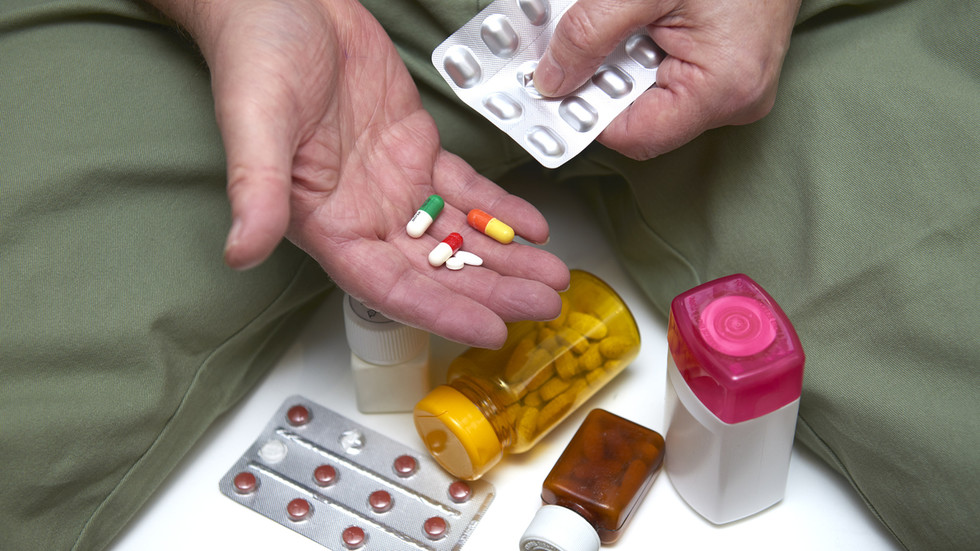 Despite the Covid pandemic, the NHS is reportedly wasting as much as £568 million yearly on habit-forming drugs like painkillers and sleeping pills that the majority of patients do not need, leading to dangerous addictions.

Doctors in England are unnecessarily pushing dependency-causing opioids, antidepressants and other pills, according to a new study by the Council for Evidence-based Psychiatry (CEP). Researchers found that three in four prescriptions were totally unnecessary in some cases.

The study, published on Tuesday in the journal Addictive Behaviours, revealed that, for many patients, their symptoms were not severe enough to warrant such medication. In other cases, safer options of treatment, such as counselling or less toxic drugs, were not fully explored while there were also instances of patients who were put on the pills for longer than required.

“Money is being wasted at a time when the health service is strapped for cash. The NHS is not taking this problem seriously and many doctors don’t appreciate the extent to which withdrawal from these medicines is a problem,” Dr James Davies, the study’s co-lead author, told the Daily Mail.

Between 2015 and 2018, the study estimated, there was a taxpayer bill of £1.7 billion for prescriptions for antidepressants, opioids, gabapentinoids, benzodiazepines and Z-drugs (sleeping pills). The total costs accounted for the price of the drugs, the average consultation cost (about £33) of seeing a General Practitioner (GP), and dispensing fees.

NHS figures reportedly show that nearly 17 million people a year in the country are getting a prescription for such drugs. The level of waste is so colossal that it could go towards paying the salaries of another 10,000 GPs or 20,000 nurses, according to the Daily Mail, which reported that the Department of Health and Social Care is yet to finalise plans to tackle the issue.

Nearly half the taxpayer money being wasted each year – to the tune of £288 million – goes towards highly addictive opioid painkillers followed by £158 million a year for gabapentinoids. But the researchers, from Roehampton University, Greenwich University and University College London, warn that it is likely the total amount lost is far higher than the “conservative” estimates in the study.

In addition, the study does not account for the significant costs related to harms caused by habit-forming drugs. These include higher disability payments and lost tax revenues, as well as workplace absenteeism and decreased productivity.

Besides the financial losses, unnecessary prescription also exacts a human cost: when people try to kick the habit, they suffer severe withdrawal symptoms, including stomach cramps, blurred vision and loss of appetite. For instance, studies on benzodiazepine usage reportedly show that 50% of those on the drugs for as little as four weeks suffer anxiety, dizziness, concentration problems, nightmares and weakness. That figure rises to 100% for people taking the medication for over six months.

Commenting on the study, Tory MP Danny Kruger, who chairs the All Party Parliamentary Group for Prescribed Drug Dependence, said that a “fraction of these wasted costs should now be invested in a helpline and dedicated withdrawal support services.”

In 2019, a Public Health England report revealed that “hundreds of thousands” of patients had become dependent on medicines and recommended face-to-face support, better training for doctors on the risks of drug dependency, and a 24-hour helpline on how to reduce medication.

While little action has occurred since, a Department of Health and Social Care spokesman told the Daily Mail that ministers are finally backing plans for a helpline and will be “working closely” with the NHS to implement the recommendations.