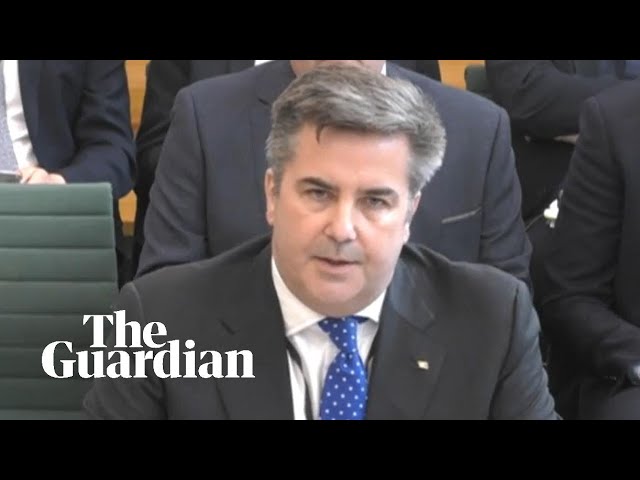 P&O Ferries may not regret breaking law, but the UK should regret dealing with its owner

ore than a few business chancers have appeared before Commons select committees over the years, but it’s hard to recall a chief executive who has admitted that his company carefully assessed its options and decided that breaking the law was its best bet.

Peter Hebblethwaite of P&O Ferries, the firm that sacked 800 seafarers last week, offered candour and cynicism in the same breath. “There’s absolutely no doubt that we were required to consult the unions. We chose not to do that,” he said. For good measure, he said he would take the same decision again.

Naturally, Hebblethwaite laced his account with pleas that P&O Ferries wasn’t viable unless it replaced its UK crew with foreign agency workers being paid salaries as low as £5.15 an hour. No doubt he’s correct about the many millions P&O has been losing amid the pandemic and energy crises, but this was a brazen attempt to claim that protecting wealthy parent DP World’s investment was more important than staying within the law. Trade unions would never accept P&O Ferries’ proposals, said Hebblethwaite, so there was no point negotiating with them.

Via video link from Dubai, Jesper Kristensen, the chief operating officer of marine services at DP World, weighed in that P&O Ferries was not a rogue part of the corporate empire. Hebblethwaite would not be sacked, the mass dismissal of the UK crew had been blessed in advance and DP loved doing business in the UK, where its major investments are the Thames and Solent port terminals.

Government ministers spluttered in the following session to explain why they had not immediately run off to the high court last week. The gist of it was that the Insolvency Service must be given time to get on top of the legal details. In due course, ministers would look to close any loopholes in the law to better protect employees.

Wherever those subplots lead, one move for the government ought to be straightforward: DP World, for all its wealth and state backing, cannot be considered a suitable partner for the UK’s freeport programme. A company that declares a casual relationship with UK employment laws does not belong in a government-backed scheme. Nor, frankly, should it be here at all.

Don’t call our 15-year stress test a forecast or a plan, it’s a “scenario”, said Next. Even with that qualification, chief executive Simon Wolfson’s sums were striking: the retail group could generate £14.7bn of cash between now and 2037. That’s an upgrade of £2.4bn on the last time the modelling was done in 2019.

For aficionados, the underlying assumptions were laid out in colourful detail, including the critical input that like-for-like sales in the shops are assumed to decline at a rate of 10% a year. The cashflow magic, as it were, arrives via steady reductions in store rents and an assumed 6.4%-a-year increase in online sales.

The long perspective made Next’s £10m trim to this year’s profit forecast, and the likely effects of higher prices and “chronic labour shortages”, feel almost minor. In practice, the volatility looks a proper challenge, but, yes, there’s every reason to think the structure is capable of handling most stresses, which was the deep message in Next’s projections.

The credibility of a 15-year outlook is improved after many years of success and when the boss has done two decades in post and has no plans to retire. But more companies should try their hand at mapping the horizon in public. Most say they’re in the game of attracting long-term shareholders; this is one way to show they mean it.

Renault has been shockingly slow to concede that its presence in Russia had become untenable, but the rouble has finally dropped in the boardroom. The group has suspended operations at its Moscow factory and is considering a sale of its majority stake in Avtovaz, which owns the Lada brand.

The size of Renault’s investment in Russia explains the slowness of the decision-making, but does not excuse it. It has been obvious for weeks that a firm 15%-owned by the French state could not continue to support Russia’s largest car manufacturer. It should not have taken a public shaming by Ukrainian politicians to reach this point.

Other western multinationals who are hoping that their lower-profile operations in Russia will escape scrutiny should take note. We’re well into overtime for reviewing.