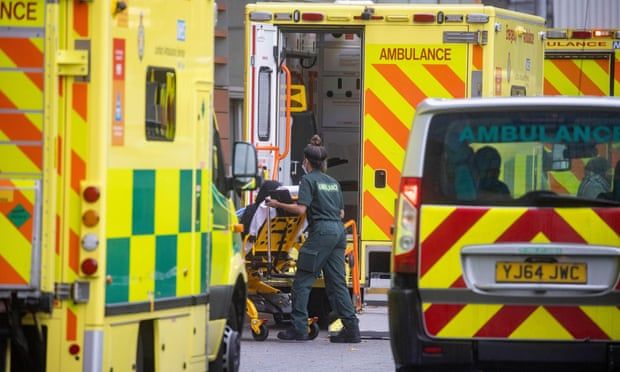 Patients experiencing life-threatening emergencies such as heart attacks, strokes or major breathing problems are becoming trapped for many hours in GP surgeries, unable to get to hospital, because ambulances are taking so long to turn up after the GP practice rings 999.

GP leaders say growing numbers of very unwell patients are getting caught up in such situations after attending for an appointment. They say hard-pressed ambulance services are seeing surgeries as “places of safety” and taking longer to send paramedics there, because they are so busy dealing with other emergencies and assume GPs and nurses are looking after the patient.

In some cases GPs have become so worried by the long delay for an ambulance that they have ended up driving the patient from their practice to A&E themselves.

The British Medical Association (BMA) and Royal College of GPs (RCGP) voiced alarm at the recent rise in very sick patients getting stuck on their premises and said the patients could face irreparable harm to their health because they had not been transported to hospital fast enough.

They want ambulance services to stop regarding GP surgeries as “places of safety” and start treating patients stuck there as just as much of a priority as those who are in trouble elsewhere.

Dr Richard Vautrey, the chair of the BMA’s general practitioners committee, said: “GPs and their teams will always do all they can to respond to clinical emergencies. When we have delays in ambulances arriving it means a nurse or GP being taken away from other appointments, and these incidents are increasingly common.

“It’s vital that when called for help and support, ambulance services treat calls from surgeries as seriously and quickly as they do that from any other location. Delays not only put individual patients at risk but they also take practice clinicians away from the many other patients they need to attend to.”

The incidents are a stark illustration of the pressure NHS ambulance services are under. Ambulance crews are spending huge amounts of time tied up outside hospitals looking after patients because A&Es are too busy to accept them. In late October two patients died in the back of an ambulance while waiting outside Addenbrooke’s hospital in Cambridge and Worcestershire Royal hospital in Worcester.

Dr Joanna Poole, a hospital doctor, tweeted last week about one patient with low oxygen saturation levels waiting for hours, while a man with chest pain was sent in a taxi from his GP’s surgery to the emergency department “arresting in car” because the surgeries were seen as “safe places”.

Last week the medical website Pulse told how Dr Lucy Pocock, a Bristol GP, had taken a six-year-old patient to A&E at 9pm herself after her 999 call at 4.45pm did not yield an ambulance. “I don’t want a patient dying in my care while we wait for an ambulance. It’s not the care I want to give. I don’t want that on my conscience,” Pocock said.

In response to her story, Dr Richard Greenway, another GP in Bristol, said: “This is getting very dangerous.” He said in recent weeks his practice had had several such incidents, including:

* A patient with a fractured hip who waited nine hours in the surgery for an ambulance before the ambulance service sent a taxi instead at 9pm saying “no ambulance available”.

* A patient with chest pains who missed the chance to have stents fitted because, despite them and their GP dialling 999, no ambulance came to take them to hospital.

* A patient with acute heart failure and atrial fibrillation who had to be kept on oxygen in their surgery for more than four hours before an ambulance arrived.

GPs and practice nurses, despite being highly skilled, cannot give proper care to patients whose life is at risk, Vautrey said. “When a patient is suffering with an urgent or serious medical condition such as a heart attack or stroke, they must be treated by specialist services and clinicians as quickly as possible and in the most appropriate setting, such as an emergency department.”

Prof Martin Marshall, the chair of the RCGP, said: “If a member of staff at a GP surgery calls an ambulance, it’s because a patient needs emergency treatment or care that can’t be delivered at the surgery, and as such it’s vital that these calls aren’t deprioritised, as per some reports we’re hearing about.

“While GP surgeries are clinical settings staffed by highly trained clinicians, practices may not be equipped with all of the equipment or appropriate medications needed in an emergency situation.”

He and Vautrey acknowledged that ambulance services were not to blame for the long delays because they are under unsustainable pressure owing to lack of resources and record demand.

The Association of Ambulance Chief Executives, which represents England’s 10 ambulance trusts, has been approached for a response.