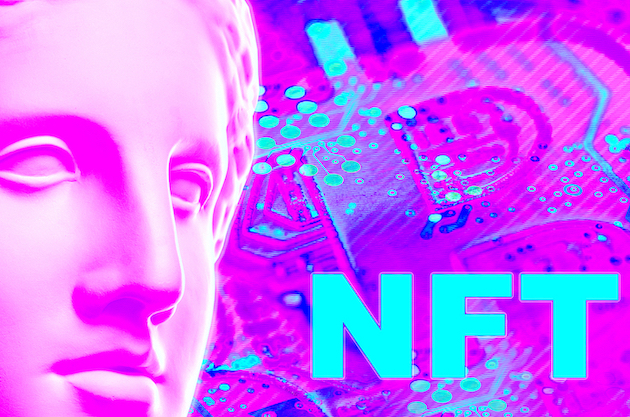 Money for nothing: inside the high-stakes world of NFTs

You’ve probably spent the past few months reading about the rise of NFTs with one eyebrow raised. Want to own a digital racehorse to run in an online race on Zed Run, a racing platform?

You buy an NFT. Buying a digital artwork? Again, that’ll be an NFT. Non-fungible tokens, as they are technically termed, have become big business for investors and artists of all stripes. At the cutting edge of tech, they are being embraced by early adopters keen to make millions — and ignored by the rest of us.

But your time is up. NFTs are here to stay. Ignorance is no longer bliss. NFTs are virtual “tokens” attached to items that are often, but not always, digital. “An NFT is a certificate of ownership,” says Brendan Dawes, a British artist who has dabbled in NFTs since July 2020. “What you’re buying is the provenance, the authentication that you own the work as a collector. The actual work itself is not an NFT.”

They are the digital equivalent of a scrap of paper proving a painting’s provenance. Although digital items can be regularly copied, and often are, the NFT token is the proof that in a sea of counterfeits what you own is the real deal.

Forgeries aren’t possible because the tokens are stored on the blockchain, a technology for recording transactions that is most associated with cryptocurrency, which is distributed among many users. Because many people have a copy of the blockchain, it’s not possible to amend it without being caught out.

You’re buying the “token” of “non-fungible token” when you choose to invest in an NFT. The “non-fungible” bit refers to its uniqueness: cash is fungible, as is bitcoin, which is a distant cousin of NFT, running on the same blockchain technology that records transactions.

An NFT isn’t. It’s one of a kind and irreplicable. Think of the unique one cent magenta stamp from British Guiana due to go on sale at auction next month with a listing price of $10 million. Like NFTs, it is non-fungible. The item attached to the NFT isn’t always unique; like all digital files, you can copy them. But just as a forgery of a Michelangelo isn’t worth the same as one by the master, so an NFT-less digital file is just that: a cheap copy.

You may blanch at paying big money for digital items. “In Fortnite and other places like that, people are used to paying money for digital assets,” Dawes says. “To those people it’s nothing new. People say, ‘Why would I pay for a digital thing?’ Well, you do that every time you rent a digital movie.”

What’s got the technorati so enthused is the idea that NFTs could be the next cryptocurrency, a valuable, vastly ballooning investment opportunity — if they get in on the ground floor.

If you too want to get involved, here’s what you could buy.

Not real ones, but virtual ones. Every technology needs a proof of concept to convince people it works. Gaming needed Pong to prove it could be big; online retail needed Amazon. In the same vein, NFTs needed CryptoKitties.

The curiously titled game was released in 2017 and was a bit like a tech-enabled Tamagotchi. Kittens were digitally birthed with unique characteristics in 12 different “cattributes” — never say nerds don’t have a sense of humour.

Genesis, the first cryptokitty, a white moggy with blue feet, ears and tail, was sold for about $117,000 in 2017. You can’t buy Genesis, but its owner is offering three of its 11 cryptokitties for sale at about $10,650 (£7,670). The average Brit would have to save up three months of their salary to buy all three of them.

Similarly mind-boggling amounts are transacted on CryptoPunks, another early proof of concept, where you can buy computer-generated pixel art characters. In the past month CryptoPunks transactions topped $107 million.

If you’re after the allure of being a wine collector, but don’t have the space in your poky home for a well-stocked cellar, make do with the next-best thing: owning NFTs of images of wine bottles. Château Darius is selling images of its bordeaux wine bottles for £300 and more.

Confusingly, the owner of the vineyard told a newspaper that the goal was to make wine “accessible everywhere”, which seems odd when you’re asking people to fork out more than most wines available at Waitrose for proof of ownership of a digital photograph. Château Darius does promise to send bottles to random investors, though.

A better bet might be online racing platform Zed Run, which allows you to buy an NFT horse and race or trade it for profit. It’s like CryptoKitties, but with added competition. One high-ranked horse with good form on Zed Run recently sold for $125,000.

The art world is one of the most advanced NFT spaces. An NFT work by the 38-year-old digital artist Mike Winkelmann, better known as Beeple, sold at Christie’s in March for $69 million, with more big-money sales planned. A 38-year-old British expat based in Hong Kong who goes by the name Whale Shark is one of the world’s biggest NFT art collectors. More than 210,000 pieces are in his collection, including Dawes’s first NFT work. Dawes has continued producing pieces, saying he’s done “really well” out of the NFT world.